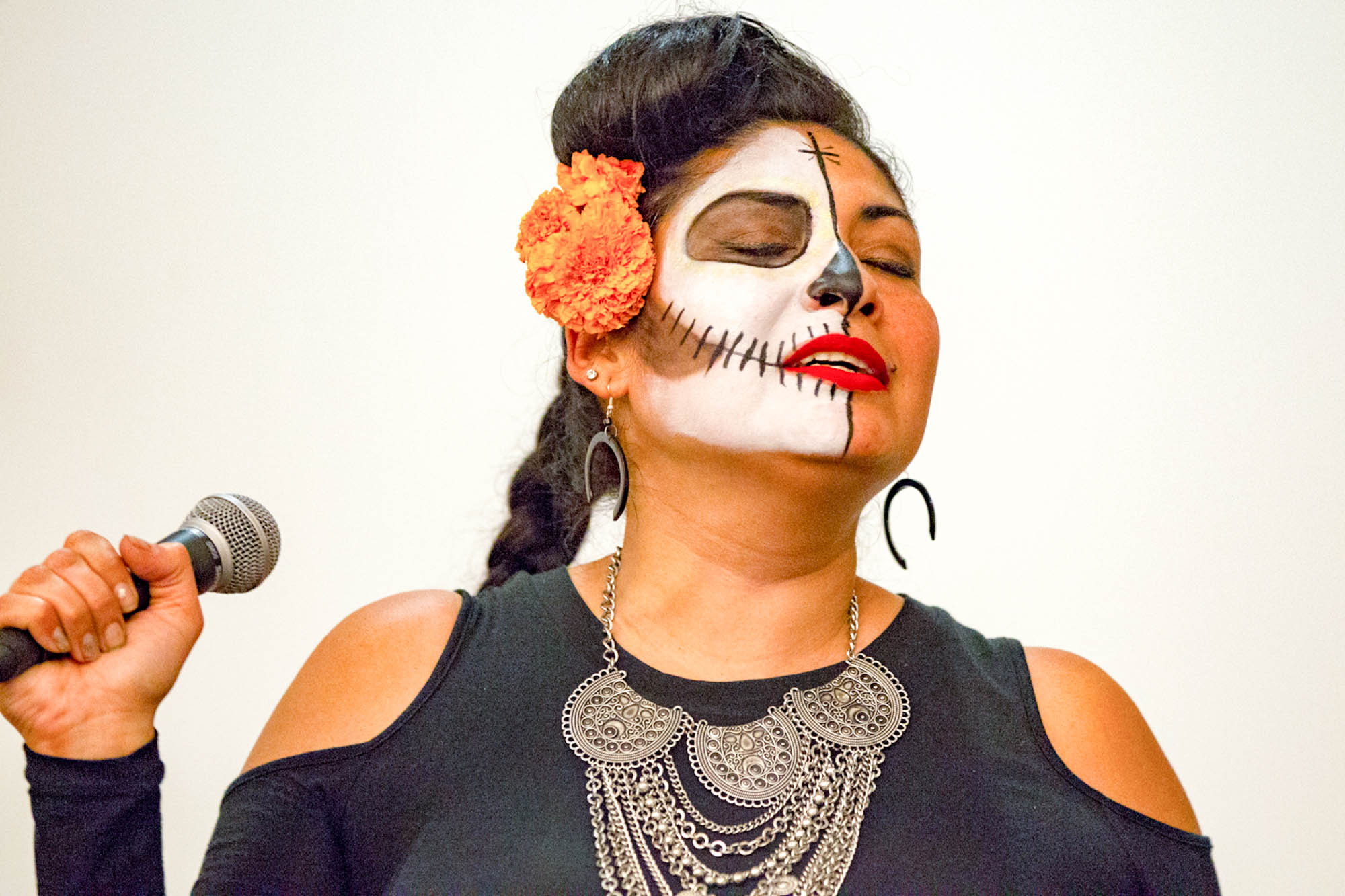 Dancers adorned in traditional Aztec garments and skeletal painted faces moved swiftly to the sound of drums to honor ancestors.

Last Thursday, Movimiento Estudiantil Chicano de Aztlan (M.E.Ch.A) hosted an event to celebrate Day of the Dead, a holiday celebrated in Mexico from Oct. 31 to Nov. 2.  Part of the celebration was dedicated to missing college students in Mexico, according to members of the club.

Adviser of the M.E.Ch.A club Angelita Rovero said Day of the Dead is different from Halloween.

“That’s why the skeletons are laughing – because we are laughing at death and celebrating life,” Rovero said. “I think it’s important especially, because everywhere you turn, there is Day Of The Dead.”

M.E.Ch.A member Stephanie Cardenas said that the opening event was chosen to showcase culture and tradition.

“Starting off with the Aztec dancers is a representation of where we come from,” Cardenas said. “As Chicanos, we think, or other people think, that we don’t have history, but our history is deeply rooted in what the Aztec is.”

A colorful altar made by M.E.Ch.A students was displayed against one wall in honor of 43 college students that went missing in Mexico.

“When they were trying to figure out who to do the altar on, they felt connected to the fact that they were college students as well and to know that so much is going on in Mexico and nothing is being done about kidnappings and killings,” Rovero said.

“It is a cultural tradition, and it is very important to be reminded that this is the essence of the Latin American culture here in the United States,” Oleas said. “It is a moment to get together again and reunite ourselves and to understand where we come from and what is important to us in general.”

Melissa Robles, the Co-Chair of M.E.Ch.A, said that there is not enough emphasis of culture on campus.

“I don’t think that it’s celebrated or put on blast, so to speak, in such a way that everybody is able to learn about it and know about it,” Robles said.

Robles said that the best way for students to come together is through community and solidarity.

According to Rovero, 46 percent of the Pierce population is Latino, with most being Mexican.

“Dia de los Muertos, Day of the Dead, is one of the most popular, most highly celebrated Mexican holidays in Southern California,” Rovero said. “Everywhere you turn, there is a Day of the Dead event, and now we are jumping on the bandwagon too. But more than that, I have students of all walks of life, and I have them come because it is important for them to understand other people’s traditions and cultures.”