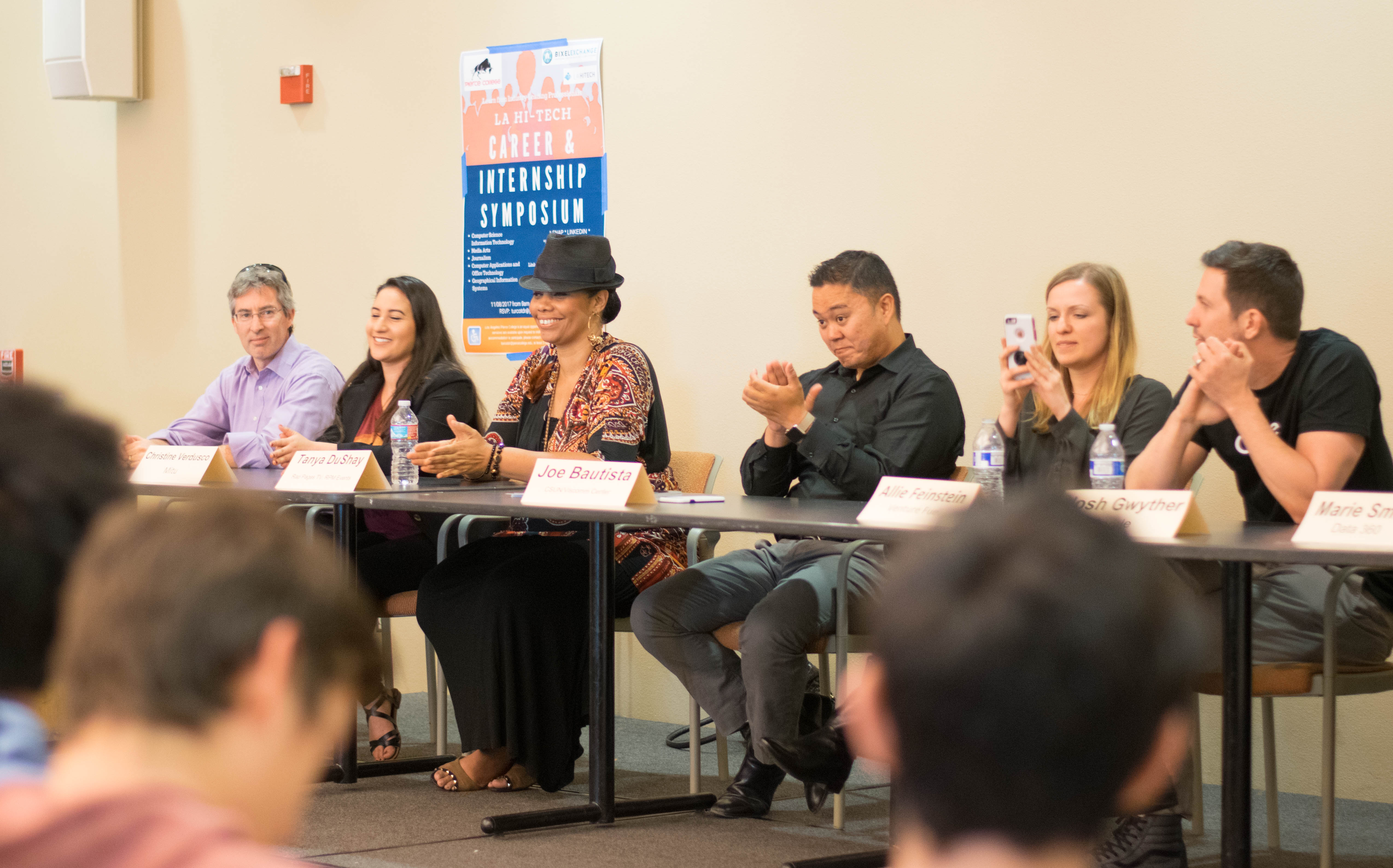 Internships, resumes and personals experiences were shared by high-end representatives for the Career and Internship Symposium LA HI-TECH.

The event was free for high school students, but was also open to Pierce students in the Great Hall on Wednesday, Nov. 8.

Representatives from Google, Linkedin, Mitu, Aerospace Corporation, Venture Fuel and Data 360 gave students advice about jobs and the importance of thinking about their future career.

Program specialist Raffi Kahwajian said the event was to give high school students the opportunity to start working on their resumes and interviewing skills.

“Our partnered high schools were very collaborative throughout this entire process and they delivered,” Kahwajian said. “High schoolers don’t really think about their resume, or Linkedin or interview skills. Now they get to interact with these people from big name companies.”

“It’s really an understanding of the culture of tech and what tech is about. Make some sort of effort of knowing it,” Smith said.

Students were able to ask questions, such as advice about internships, but also what struggles they stumbled upon toward attaining their career.

Smith advised students to not let other people influence them in a negative way. She said people tried to talk her out of the path to her success.

Counselor David Turcotte said they organize these events for students to interact with professionals.

“The event was a good mix of matching high school students to work specific skills and exposure for what they’re going to need for the professional world,” Turcotte said. “We had a workshop for Linkedin where students interfaced with actual representatives and professionals that worked with Linkedin. It showed them the value of the site and how to create a profile.”

Google representative Josh Gwyther recommends that students start thinking about creating their own ideas with the tools available to them.

“Before you start working for someone else, take a stab at working for yourself at something you love,” Gwyther said. “For us, it’s the technical balance for Google, but more importantly, it’s your ability to learn. People that stand out, are the people who can take what they know and make something out of it.”

Representatives said they’ve seen companies hire the same amount of men and women in their fields.

“It’s very diverse, at least where I work,” YouTube producer Michael Gonzalez said. “It’s not everywhere yet, but it’s getting there, at least, hopefully, when you guys graduate.”