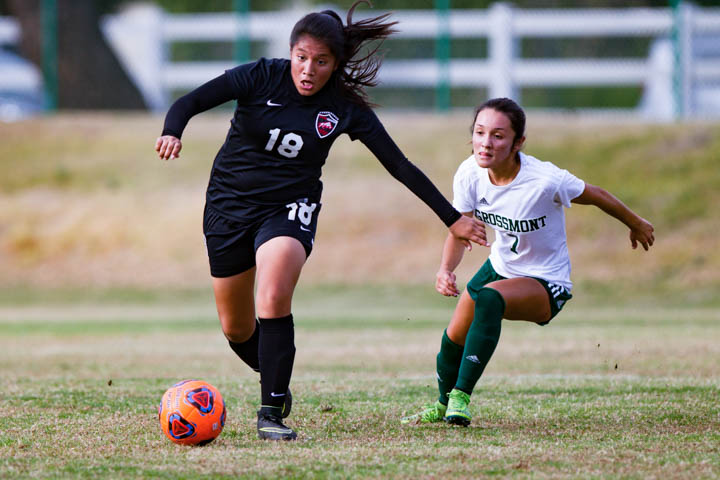 The soccer team won 3-1 against Grossmont College to advance to the next round of playoffs and set up a rematch against College of the Canyons.

The Brahmas implemented formations  they had practiced the day before, and it worked from the start.

The first two goals were scored by Jennifer Veliz. Veliz said that the Brahmas always need a good vibe, and that is why they work so well together.

“We truly vibe off of each other,” Veliz said. “I’m truly excited to play against COC. It’s a revenge game. We’re going to the game a lot stronger and this win motivates us.”

The Brahmas took the lead with a score of 2-0 at halftime. Coming into the second half, the team’s intensity did not change.

The third and final goal for the Brahmas was scored by Gisell Cruz.

“Going into the next game, we don’t know what our destiny is. Whether this was our last game or not, I am happy I got to score for us,” Cruz said.

Toward the end of the game, the Brahmas conceded a goal, which was scored by Sara Zamora.

Head Coach Adolfo Perez was pleased with the team’s efforts this game and the win.

“This was probably our best game of the year, not just because we won, but because of the way we played,” Perez said.

Perez said he was excited that the team had implemented the skills worked on in practice the day before.

The next game is on Saturday, Nov. 18 at College of the Canyons. Kickoff is at 2 p.m.