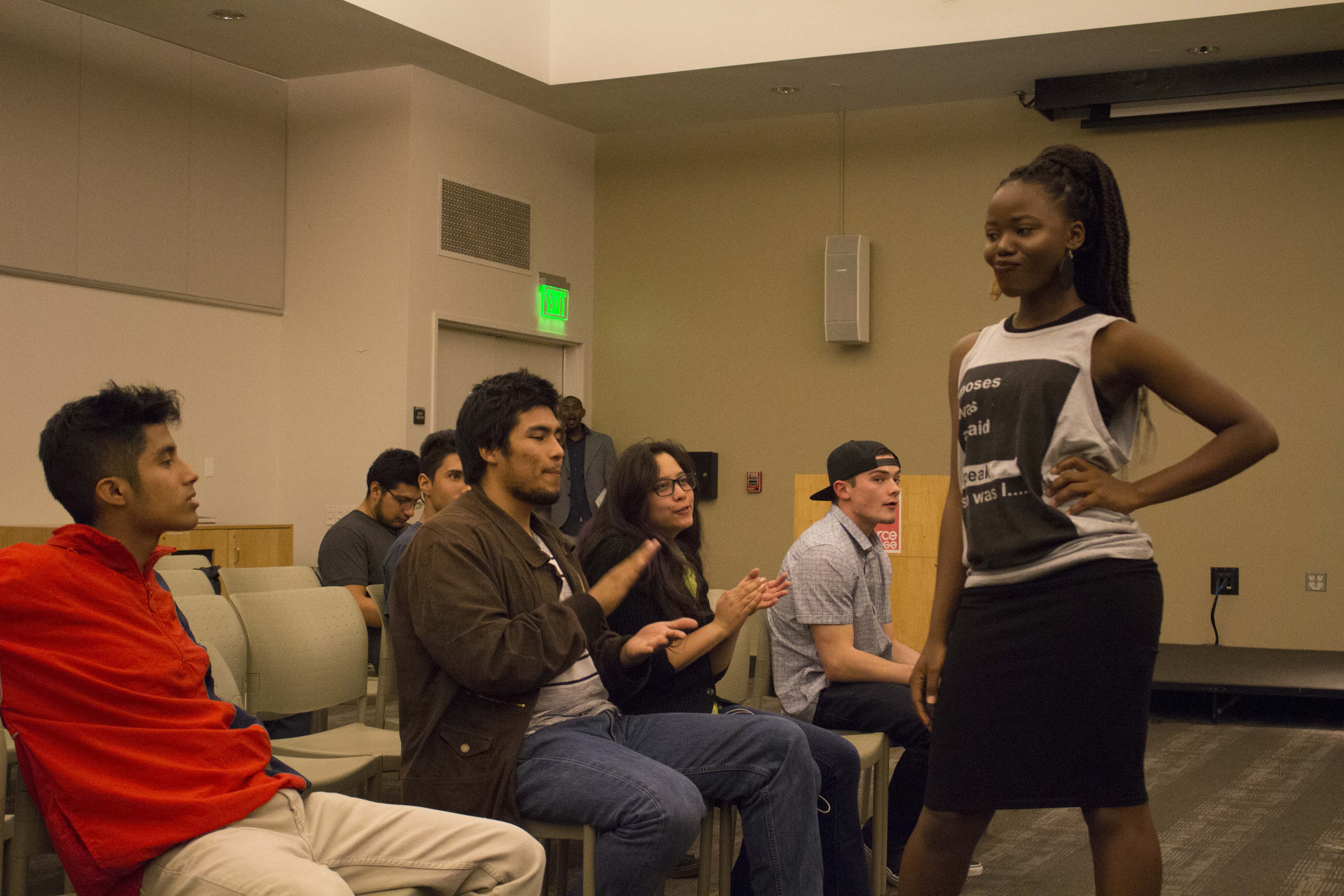 Models strut down a makeshift catwalk. One by one, they sashayed down the runway wearing “I Vote Jesus” printed shirts.

A fashion show was hosted in the Great Hall on Friday by the Love Is For Everyone (L.I.F.E) Club, a Christian group that focuses on spreading the scripture and giving back through Mercy Worldwide, an international nonprofit organization. The event featured performances by a jazz duo, a break dancing group, singers, a rapper and artists.

The Mercy Worldwide Organization is backed by the International Christian Church, and students of the L.I.F.E Club are ambassadors of the organization.

The President of L.I.F.E and Coordinator Carver Bedeau said this event’s core objective was to aid charity work world wide.

“We’ve built 75 water filtration systems in Haiti. We built a clinic in Abidjan. We built an orphanage in Santiago, Chile,” Bedeau said. “There’s amazing things we are doing around the world, and we just want to continue that, but we need more funds to make that happen.”

Bedeau said this was an opportunity for people to show their talents to the community.

“It’s a platform for individuals to showcase the gifts that God gave them,” Bedeau said. “An atmosphere like this produces confidence and produces character. I wanted to create a stage where people can showcase their talents on campus.”

The show had two fashion segments. The first was “Malachi,” a Christian clothing line by Garrett Underwood.

“My objective is to make clothing that represents God,” Underwood said. “‘Malachi’ was the last book of the Old Testament, and he represented a messenger that predicted when Jesus was going to come. I wanted to put messages on my shirts.”

Underwood said his design inspiration for the “I Vote Jesus” shirts rooted from the past presidential election.

“I didn’t want to vote for Trump or Hillary in the election, and I wanted to make a shirt that made that statement,” Underwood said. “We need someone like Jesus to run this country.”

The second fashion segment showcased a line of printed shirts from Mercy Worldwide. Bedeau said he designed the shirts with the message “Know Mercy.”

“This clothing line represents giving back to the community,” Bedeau said. “If you look at the shirt it says ‘Know Mercy,’ not ‘No Mercy,’ but to know mercy. It’s just about spreading love around the world.”

Jimmy Smith performed in the break dancing group Funk Adikts, and said his crew attended the event after seeing a flier posted on campus.

“I enjoyed the overall vibe along with the great hosting, and the performers that went before us were phenomenal,” Smith said. “I definitely appreciate the amount of support everyone was giving us.”

The fashion show was also organized to act as a social event for students to make connections.

“This event is important to the students because many people here don’t know the other students,” Garcia said. “We allow students to interact and express themselves through their art.”

Funk Adikt member Ulises Vazquez said this event is beneficial for students to engage and interact with each other.

“This is what college is all about,” Vazquez said. “When we are socializing, we can network with other students and find common ground, whether it be religion, goals or majors, and we can help each other out.”

“Our role on campus is to make disciples,” Montoya said. “We want people to know that, ‘Hey, Christians can have fun.’ We just want to get to know people, show people love and compassion. I feel that the more we evangelize, the more people are willing to help and do the same thing.”

“It’s probably the most important club that could ever be,” Magadan said. “The objective is to seek and save the lost. That is one of our mottos.”

Bedeau said he enjoys fulfilling a leadership role as the president of L.I.F.E.

“Seeing people’s lives change is rewarding. There’s no price you can put on that,” Bedeau said. “Personally, I’ve seen a lot of drastic changes in my life five years ago when I met Jesus Christ. I just want to see that for many young men and women.”