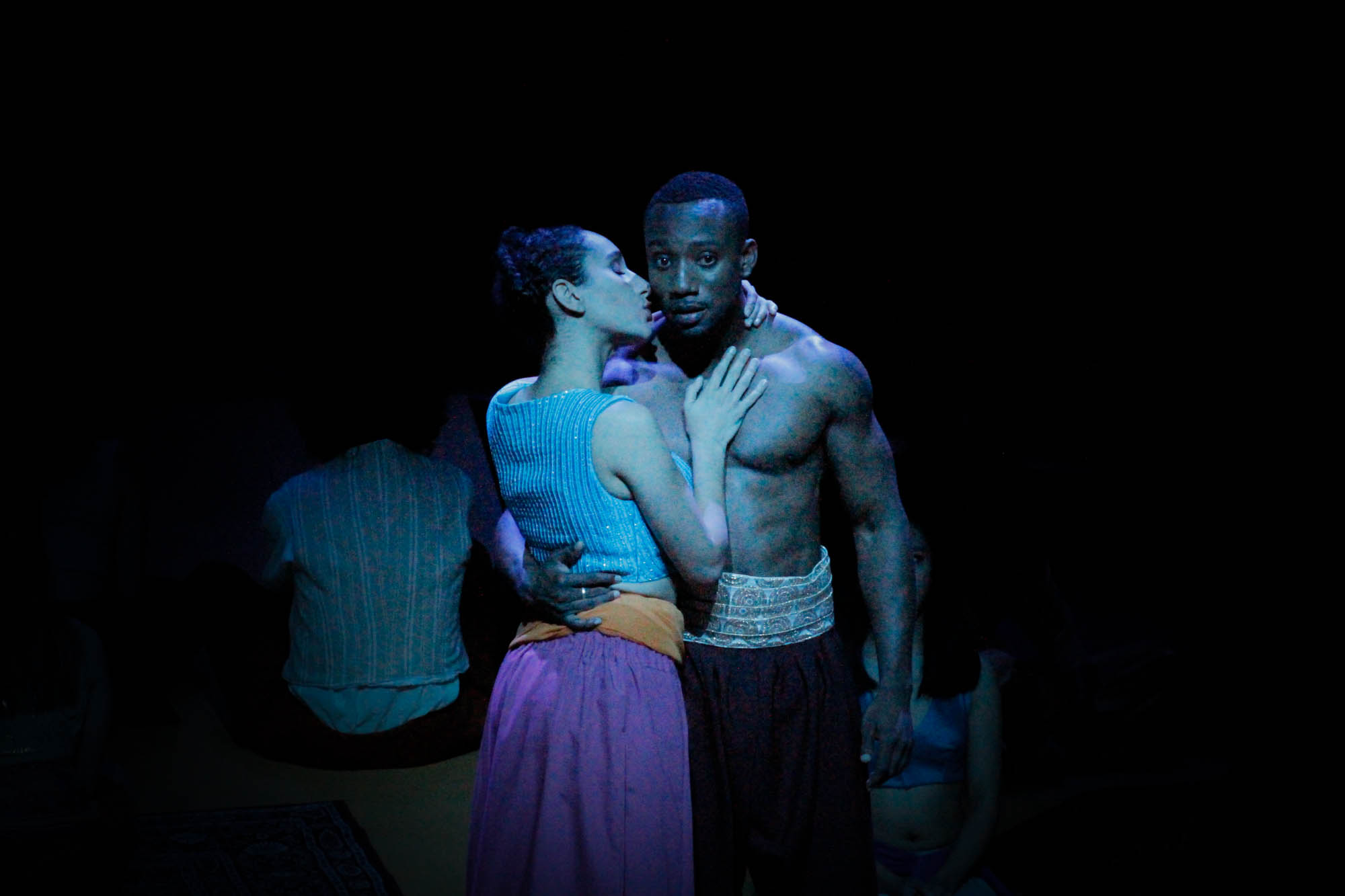 A stage filled with colorful lights, music and 22 performers brought laughter and enjoyment to viewers.

The cast of “The Arabian Nights” received a standing ovation from some audience members after their opening night performance on Friday.

The play was adapted from “The Book of One Thousand Nights and One Night.”

Director Shaheen Vaaz was happy with the outcome of opening night and thought that the cast and the audience made it a great show to attend.

“The performances were wonderful tonight. They had this sort of energy about them and the  audience really fueled it and made it much stronger and more vibrant,” Vaaz said.

As the performances continue, Vaaz said she hopes the cast starts having more fun and having freedom and playing with the audience more.

She said the big cast made some things a little difficult.

“It wasn’t the easiest show to stage, but we made it happen,” Vaaz said.

Asif Baig, who plays the character Shahryar, said he felt great about opening night and thinks the show is a fun story to tell.

“Most people don’t know about “Arabian Nights,” so it was good to see a bunch of people figure out what was going on,” Baig said.

Baig described the show as the developing interaction and relationship his character has with Sheherezade, played by Sharai Bravo.

The audience sees the experience of someone’s life and how it evolves.

Baig said that his character Shahryar is a horrible person in the beginning, but his cruelty comes from a broken heart.

“He does horrible things, but not because he’s pure evil,” Baig said. “He went through something traumatic and he’s recovering. When he meets Sheherezade, his life is turned upside down.”

Sheherezade tells Shahryar a series of stories, hoping to help him be a better person.

Baig previously attended Pierce, but came back to be a part of this production. He said he was excited to be invited back for this experience.

He said he loved working with the cast, and although they had their ups and downs through rehearsals, they pulled through to make a great show.

“The best thing is that we all respect each other,” Baig said. “Shaheen gave us, not just a platform to perform, but she gave us the opportunity to take risks. The entire department was wonderful and they supported every single one of us.”

Yorcy said the one thing that stood out to her the most was that each story told by Sheherezade was detailed and made the show enjoyable.

Karen and Yorcy said the dancing was great to watch and made them feel immersed in the play.

“I wanted to get up there and dance with them,” Karen said.

Young said it took the cast a while to get their characters down and get the feel for the show.

He said that the day before opening night, everybody was finally vibing together, having fun and enjoying themselves.

“It’s been a process. Honestly, it’s been such a hard, ridiculously stressful, rewarding process,” Young said. “I wouldn’t have it any other way.”