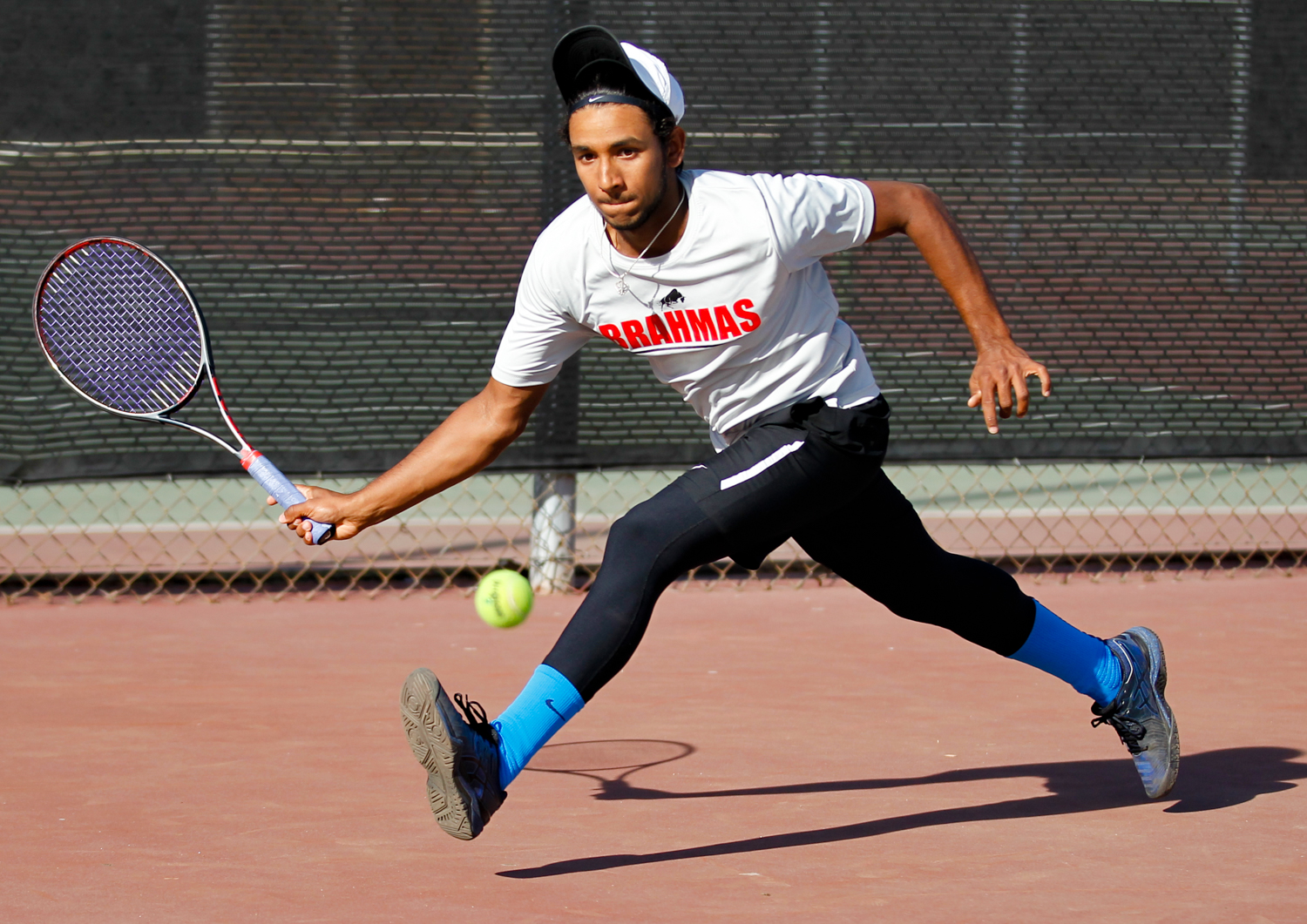 The Pierce College tennis team defeated the Santa Barbara City College Vaqueros by a score of 5-4, keeping them in the number two spot in the conference standings.

Siraj Dail and Alex Clarke won their matches with consistent scores in both sets. Siraj Dail won against Arthur Scharf (6-3 and 6-4), while Clarke defeated Sebastian Moenster (6-2 and 6-2).

Gavin Dail was another Pierce player to win as he defeated Pierre Alexandre Fumat (6-4 and 6-1).

Pierce kept the lead throughout the singles match by finishing with a 4-2 score, but Santa Barbara ended up winning two doubles games.

Scharf and Moenster out-scored Siraj Dail and Daniel Vinterfeld in a double match that ended (8-4).

Despite Santa Barbara’s comeback, the Brahmas won one of the doubles games breaking the tie.

Gavin Dail said he had a rough start, but ended up getting the win in his singles game.

“I felt pretty confident from the beginning,” Gavin Dail said. “It took me a set to dial in, but after that it was smooth.”

Clarke wasn’t satisfied with his win, but he keeps his energy up for his team.

“Even though I’m struggling in practice and it’s showing in my matches, I’m winning and I feel like my team is doing awesome,” Clarke said.

Head Coach Long Dao said he was proud of Vinterfeld for overcoming his loss against SBCC’s Chami.

“Last time Daniel Vinterfeld lost to the same guy he played today in the fourth slot, but this time he was able to pull off the win,” Dao said.

Dao said he looks forward to the next games as his team plans to finish conference play on the right foot.

The Brahmas are on the road for their next game against San Diego City College on Thursday, March 8, at 2 p.m.