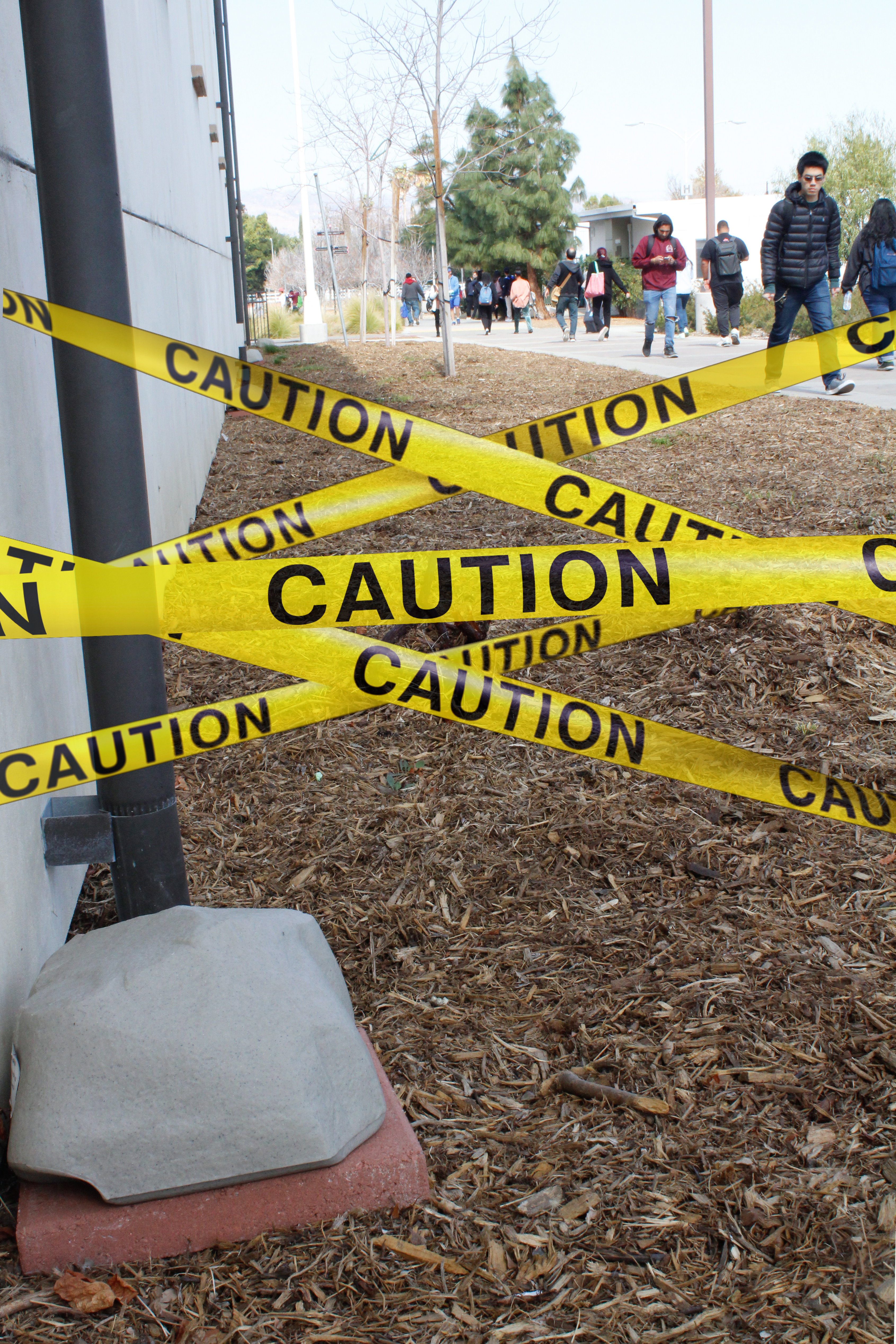 Hidden among the natural environment and landscape are mysterious gems that should not be be touch.

To get rid of new unwanted tenants, you often need to get creative with you Phoenix Pest Control. This is why rocks filled with rodent pesticide are being scattered across the campus

The North of Mall construction in December 2017 caused a rat and mice infestation. To fix this, hidden fabricated rocks have been placed on the outside walls of the Library / Learning Crossroads.

Operations manager Rodney Allen said in an email that the community has brought the rodent infestation to the attention of administration.

“There were multiple complaints about rodents on campus and the school has contacted a professional pest control company to deal with the problem,” Allen said.

“The stations have holes for the rodents to go in and out. They are childproof with a locking mechanism that prevents children and pets from accessing the rodent poison,” Director of Facilities Paul Neiman said in an email. “The rat would go into the trap, eat the bait, and be then be able to leave.”

Rodents prefer darker environments and cluttered areas. This is why they are mostly around walls and natural edges, he said. No one wants to have to deal with pests for longer than they have to. It’ll only get worse if you leave it and hope that it’ll go away on its own. Plus it is as simple as doing a google search into something like terminix arkansas (if you live in this area of the states) to get in touch with specialists who can eliminate this issue.

“The rocks have helped with the rat problem and are not a danger to have on campus,” Neiman said. “Humans should avoid contact with the bait, though.”

Rabbits also frequent Pierce. Neiman said the rocks are not a danger to them. This makes this method a safe form of pest control for the campus.

“The rabbits are too large to enter the rocks, so you shouldn’t have to worry about them being harmed,” Neiman said.

An employee working in an office nearby, who did not want to be named out of fear of punishment, said that the gardeners want to get rid of the rats humanely, which would make the process more difficult. Plant Facilities are also afraid to poison the rats because they might die in the walls and produce an odor.

“In this office I have not encountered any, but in the old library I did encounter it, and I did not like them running around,” she said. “I’ve been working here for 10 years, and in those 10 years, I’ve encountered rats and mice in this office even before the construction.”

She said a lot of faculty and staff have complained that it would be dangerous to immediately put poison on the floor because that will affect other animals and that the glue traps placed in offices are inhumane.

“As much as I hate rats, I don’t want them to suffer by the glue traps and have them chewing off their own little arms and legs,” she said.