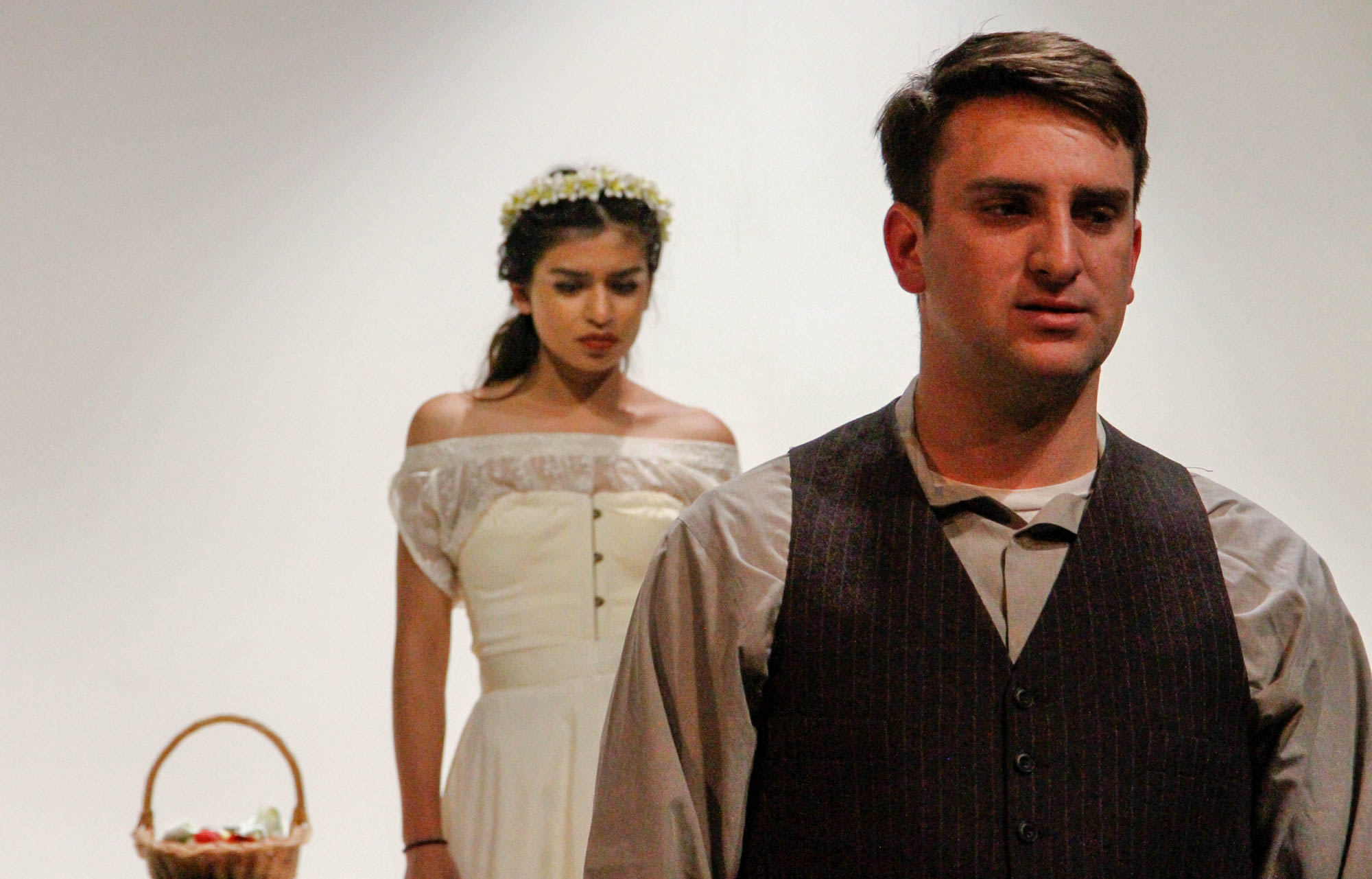 Young actors in theater don’t always work, but director Valorie Grear thought it would be the best way to go for her rendition of Federico Garcia Lorca’s “Blood Wedding.”

Both leads are fairly new to the stage. Emely Chavez, who plays the Bride, has not appeared in any production at Pierce prior to this play. Also, Colin Hollander, who plays Leonardo acted in a previous production called “Rosecranz and Guildenstern Are Dead” that was directed by Grear.

The plays opening night was March 23, at 8 p.m. and runs through April 1, in the Dow Arena Theatre.

Lorca typically uses fictional nature character’s in his work, so the Beggar and the Moon are helpful characters that lead the play into it’s emotional ending.

The story surrounded the Bride and her relationship between the Bridegroom and Leonardo.