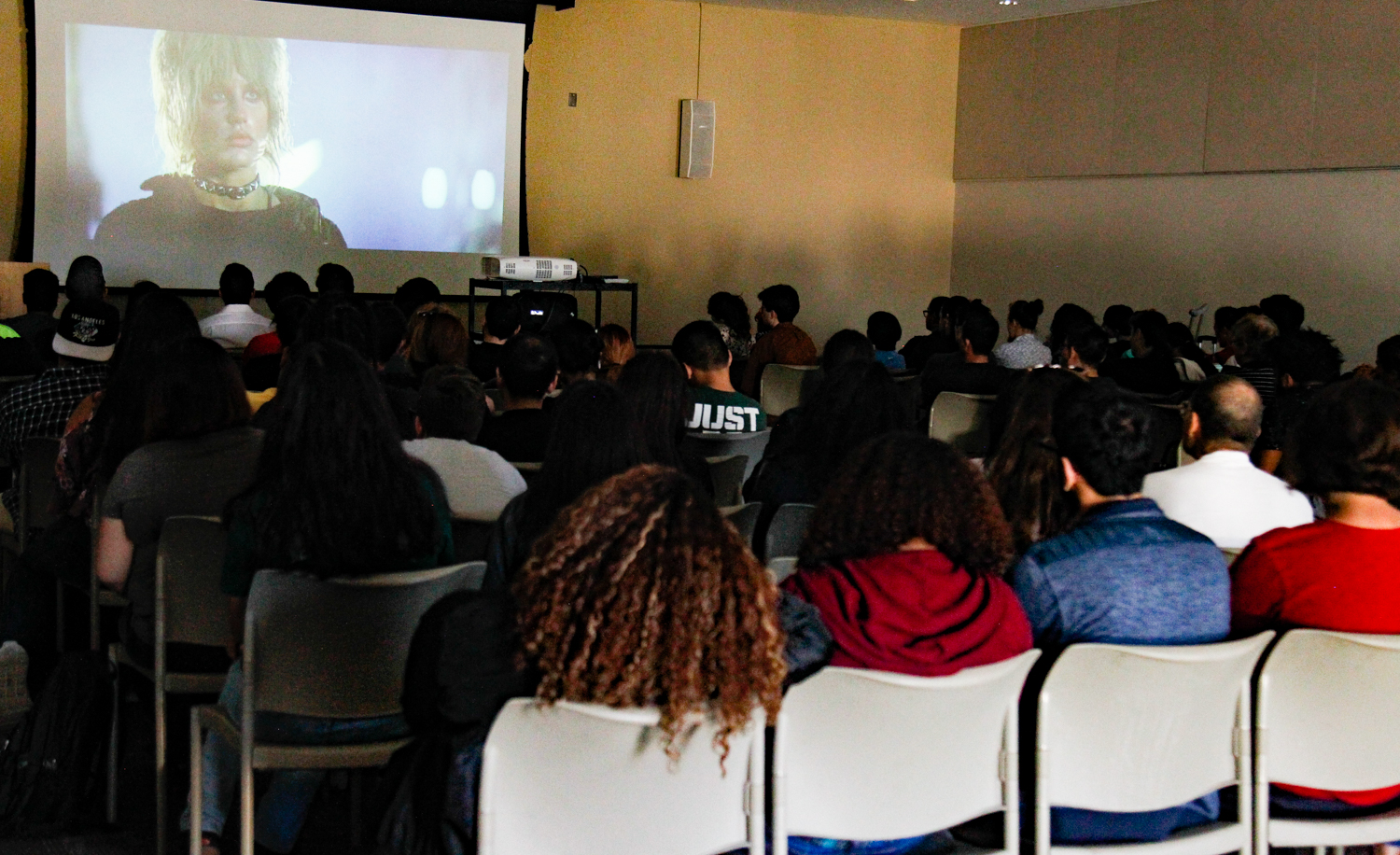 More than 80 students and faculty gathered in the Great Hall on Thursday, May 10, to watch Blade Runner and discuss the classic’s multitudinous themes and current cultural relevance.

Cinema professor Ken Windrum, journalism professor Jeff Favre, psychology professor Chad Snow, as well as Pierce students Steve Lopez and Andrew Shaktah led a Q&A panel discussion with the audience, many of whom saw the the movie for the first time.

Favre said Blade Runner’s psychological and philosophical angles are timeless and beg the same questions now that they did when the movie first came out in 1982.

“It’s one of those things that remains relevant when it was written, when it came out and now. It becomes more and more relevant in time. Last night, my six year old asked, ‘What if we’re just dreaming this? What if someone is dreaming us?’ Favre said. “What’s reality and what does it matter if we’re all a simulation inside Elon Musk’s computer?”

Snow said the film’s juxtaposition of the characters’ memories—supposed man Rick Deckard and replicant robot Roy Batty—create a false idea of what the audience considers human.

“Human memory is largely inaccurate. Studies have shown you can plant false memories in people’s brains,” Snow said. “So saying you’re not human because your memories are fake— that’s problematic.”

Snow said it is possible that the replicants’ creators limited their innovation’s lifespan to four years because of their designs’ immeasurable and increasing capacity to feel.

“The fear they have about death is no different than the fear we have about death. Sure they reach the death faster,” Lopez said. “I really love that because it connects us.”

Ilene Yang, a cinema student in Windrum’s class, said the debate on humanizing artificial intelligence is premature, given that people today are unable to treat real people with dignity.

“It’s funny that they’re talking about valuing people’s lives, when in the actual human race there’s a real battle for equality still,” Yang said. “The debate is on [artificial intelligence] as a real person when we have trouble valuing people of a different color or religion.”

As the panel focused discussion on Blade Runner’s depiction of Los Angeles as a node in the Pacific Rim, Film Club President Shaktah said this movie’s intricate look into the city is what made him want to be a filmmaker.

“Production-wise, for the concept art, they actually had two to three different artists design the city, different stages of production, and the artists draw each others work to convince the audience that the city was truly aged,” Shaktah said.

Shaktah said the diverse perspectives almost make the depiction of Los Angeles more real because of how many different cultures and experiences exist within the city limits.

Windrum said he noticed that despite overhearing foreign languages, there was a lack of black representation in the film.

“It captures hispanic and asian influence in the film. But if I’m not mistaken, I didn’t see any African American characters in the story,” Windrum said.

Windrum said the film club’s post-viewing discussions are meant to invite viewers to reflect more deeply into their entertainment consumption.

“I always love getting people from different disciplines. I think the panels are always fun and bring the movie to life so i was really happy with everything,” Windrum said.