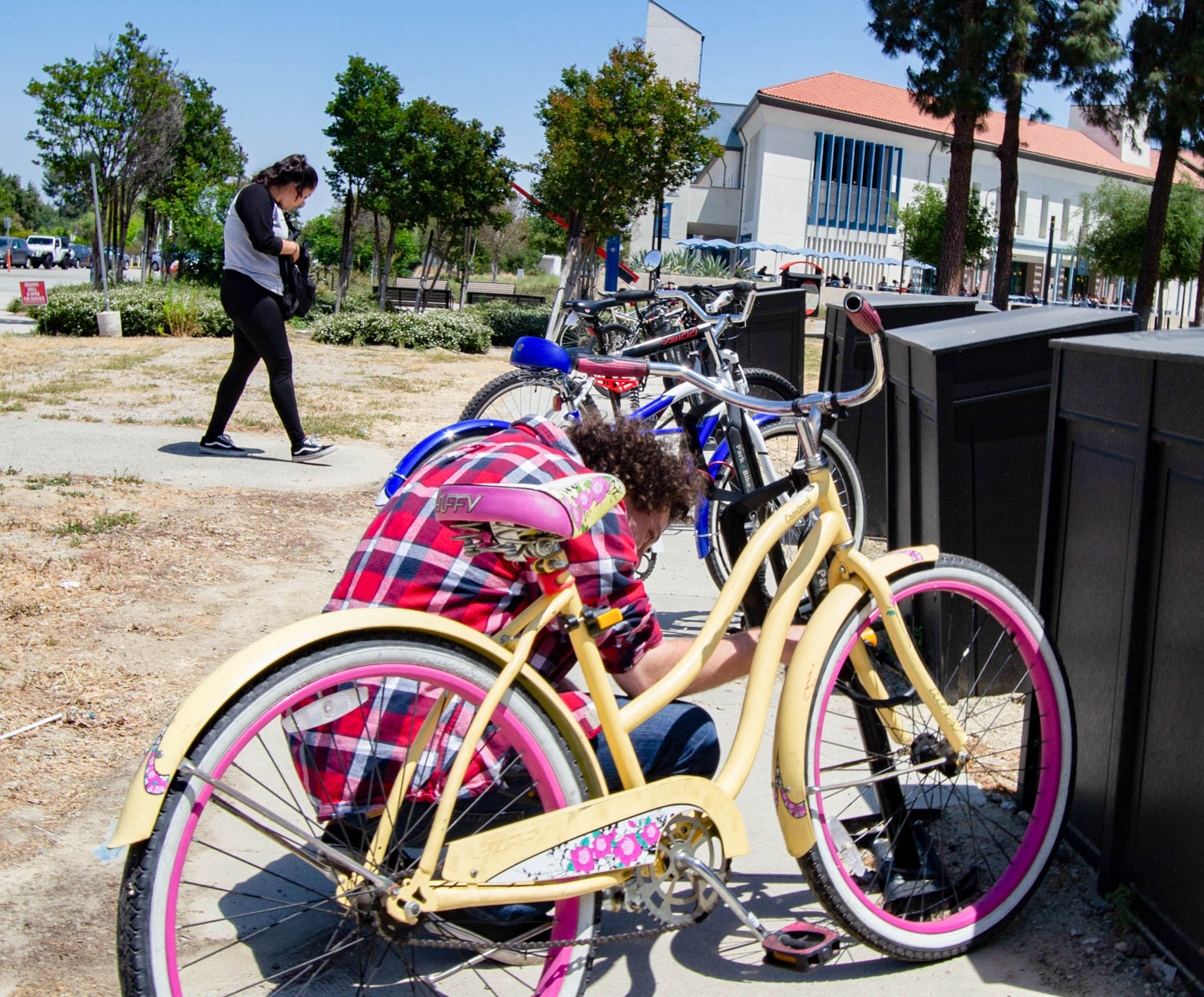 Students had a chance to win a prize while helping the environment on Pierce College’s Bike it Day.

The Associated Students Organization (ASO) hosted the event on Tuesday, May 15 and asked students to share a photo on social media with #LAPCBikeItDay.

“Bike It Day is just to encourage people to use environmentally friendlier options to get to school, because I know a lot of people that go to Pierce live really close,” said Erin Baker, chair of the sustainability committee.

ASO is motivating students to take photos of themselves biking, walking, carpooling or taking public transportation to school and post them on social media sites such as Facebook or Instagram with the tag #LAPCBikeItDay to enter the raffle for a chance to win prizes.

They have five available finalist prizes which are, $10 Bookstore gift cards and one available grand prize that is a $25 loaded TAP card. The drawing will be tomorrow, May 16, and it will be announced at about 3:30 p.m.

“We want to influence a culture change here at Pierce. There’s a lot of people at Pierce who aren’t engaged and don’t care. We don’t recycle, and that’s a big issue. We want to shift the students into a more mindful direction in regard to the environment,” Baker said.

ASO president Efren Lopez said that Bike It Day works in conjunction with other programs and plans that are carried out on campus to motivate the school to adopt a more environmentally friendly mindset.

“Bike It Day is part of a big push, at least from this year’s ASO, to really just make the campus more environmentally conscious. This is a long-term development plan with the battery drive, the green grant, and the Preserve Pierce Masterplan,” Lopez said.

Lopez said that climate change is getting worse, so hopefully when students transfer or graduate, they will be cautious about the wellbeing of the planet. Members of the ASO hope students will learn about sustainability at Pierce College.

Their goal for this event is to get students more involved with becoming eco-friendly and commuting to school on a bicycle or carpooling to contribute to a cleaner environment.

Student Engagement Coordinator and Counselor Lara Conrady-Wong said that one of the things ASO really focused on this academic year has been sustainability. Conrady-Wong said Baker is doing a good job educating the Senate on finding more ways of helping Pierce become sustainable.

“She toured other campuses trying to find things that can make a little difference in our carbon footprints,” Conrady-Wong said.

“It’s basically ASO encouraging students to take their bikes to campus or anywhere for that matter, I like it not only because it’s a sustainability effort but it’s also for fitness and wellness.
Erin is doing a good job publicizing it and trying to get the word out,” Conrady-Wong said.

“This is the first time we’ve done it, but hopefully whoever I pass the torch to for the following year with carry on similar initiatives,” Baker said.