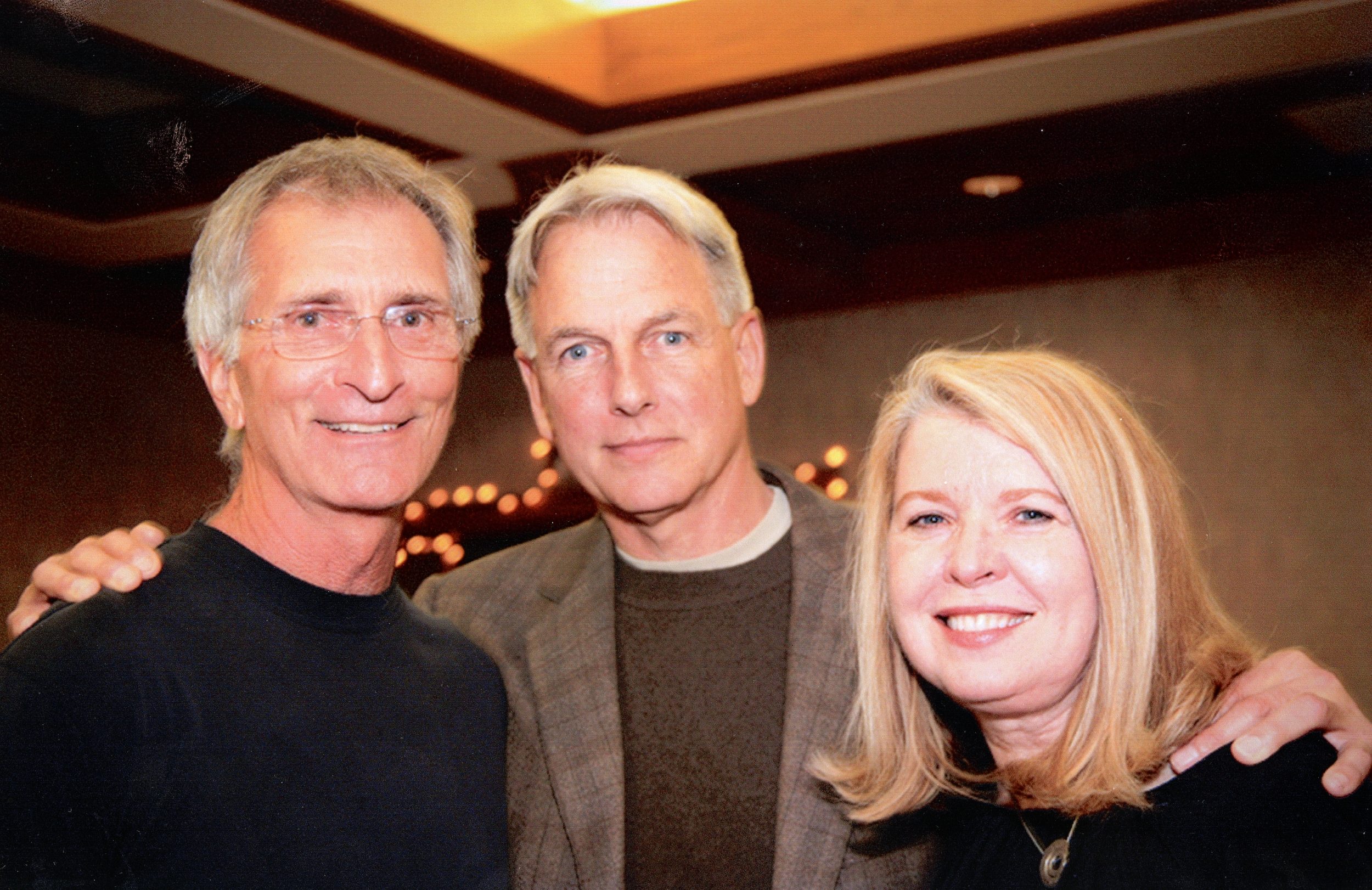 He appeared on your television screen—and popularized the infamous Gibbs-smack—as Leroy Jethro Gibbs on “NCIS.”

What some people may not know is Mark Harmon is one of the most notable alumni to attend Pierce College in its 70-year history, and he credits part of his success to the school.

His father, Tom Harmon, was the Heisman Trophy winner in 1940 at Michigan State University. Before he enlisted in the armed forces during World War II, he played for the Los Angeles Rams and became a sports broadcaster.

His mother, Elyse Knox, was an actress, model and fashion designer.

You can say Harmon mixed his parents careers together and created his own, but he never saw it that way himself. Rather, he credits his success to his community college roots.

“Wouldn’t it be nice if life really read like a bio?” Harmon said. “I get it that people would look at that and think this is the path you’re going to take, but I don’t remember it like that at all.”

Harmon said that he was surprised when he first attended Pierce because of how different it was from high school and what he thought he could achieve by attending the college.

“I was from a very small high school, and going to Pierce was huge by comparison. So was the academic side of it, and so certainly was the athletic side of it,” Harmon said.

Harmon said he struggled in high school up until his junior year. However, he said the trouble he experienced gave him the opportunity to study at Pierce, improve his grades and get his feet under him academically, which his teachers at the college helped him with.

“I remember running into a teacher who broke it down individually for class members as opposed to a large number of people,” Harmon said. “I really liked that personal attention.”

Harmon said he came from Los Angeles High School, and that its size in comparison to Pierce was miniscule. He said he had a coach that was transitioning from his high school to the college who told him he should give Pierce a shot.

Harmon said he had a lot of energy as a teenager and played whatever sport was in season. He said he had the most success in baseball, and thought he was going to play that when he came to Pierce.

However, he said football was in season when he started at Pierce, which he tried out for instead.

Harmon said that, although he did receive a sense of accomplishment playing sports, he was most gratified by his success in his classes.

“Part of that was certainly from a lot of work and teammates and all that, but academically, in the classroom, that’s where the reward was for me,” Harmon said.

Jim Fenwick played alongside Harmon as a running back during the 1970 and 1971 seasons. He moved on to Wichita State University before coming back to Pierce as a coach. He is now the Los Angeles Valley College Athletic Director.

Fenwick said that Harmon was an inspiring leader. He said that all the players were new and fresh, but something about the way Harmon handled the ball worked for himself and the entire team.

“He was a real good leader, and he became a quarterback mostly because of how he handled the ball,” Fenwick said.

Fenwick said that Harmon’s style of play and presence on the field fit UCLA’s model of athletics.

“It just so happened that UCLA had a designed offense that was a triple option, where that took a good hitter and a good leader to make good decisions with the ball in his hands,” Fenwick said.

Harmon completed an associates degree in one-and-a-half years at Pierce. When he transferred to a four-year university, he stayed in California, but said that he considered going to school in a different state.

“I almost went to Oklahoma, and part of the reason I went to UCLA instead was because of what they offered academically,” Harmon said.

Harmon eventually graduated with a bachelor’s degree in communications from UCLA. However, he said he remembered other students ready to go off to the colleges of their choice, but that he felt less enthusiastic at the time.

Harmon said he thought it was ironic that, after he went through college successfully and moved into his career, some people who didn’t believe in him tried to claim otherwise.

“It’s funny because, years later, you go to Pierce and it works out, you go to UCLA and it works out, and then all these people who told you you couldn’t do it are the first ones to stand in line and say, ‘Oh yeah, I told them to do that, it was a good thing.’ No, they didn’t,” Harmon said.

Harmon was inducted into the first Hall of Fame at Pierce. Harmon was in attendance, and former Athletic Director Bob Lofrano put it together to highlight 12 athletes.

Lofrano said, before the induction ceremony in 2010, the Daily News ran an article about Harmon.

“I remember the quote was, ‘Pierce was a gold mine for me,’” Lofrano said. “That quote says it all. Coming out of high school, not knowing what he wanted to do and he wanted to play football, and so Pierce was the spot for him.”

Harmon was inducted nearly 40 years after he played at Pierce. He said he was honored, but thought of many of people that could have easily been awarded instead of him.

Harmon said his success was thanks to his teammates and coaches, and that, without them, he would not have been able to be awarded.

“I’m not doing it for an award, I’m doing it to try to grow individually,” Harmon said.”You learn a lot as a member of a team, any team. I’m still applying that everyday to what I do, and most of that came from Pierce.”

A few years after the ceremony, Lofrano decided to do something else with Harmon’s jersey number.

Harmon said his acting career didn’t just happen. He said that he went through many other jobs before his first acting gig.

“Out of college, I was supposed to go to law school,” Harmon said. “I ended up there briefly, ended up in an advertising job as a media buyer representing radio stations in Los Angeles. I broadcasted, I was a carpenter, I sold shoes, I did a lot of different things all during that time.”

Harmon said that during his senior year at UCLA, he had the opportunity to be on set for a week and observe an actor, producer, writer and director.

“There is something about walking onto a set. Maybe it’s the team part of that I totally understood, and my focus really was, ‘Okay, how do I do this? How do I get on set?” Harmon said.

Harmon said he met an actor and producer when he would give speeches at the boys club or a high school, and he remembered seeing that person’s name in the credits of “Dragnet” and “Emergency!” He thought he should try calling him and see what happened.

“I looked in the phone book, and it said ‘Mark Seven productions, Jack Webb’s Universal Studios,’ and I called him and he got on the phone. He remembered meeting me, and he was a good man. He invited me to come in and talk to him, which I did the next day. That was an opportunity he didn’t have to provide,” Harmon said.

Harmon said life isn’t easy, and he is fortunate to have people in his life that have taught him a lot and allowed him to reach the position he is in today.

“I try to learn something new every day, and I still go to work every day,” Harmon said. “I’m really thankful that this is what I do for a living.”

Harmon said that many people told him not to go to Pierce because it was a bad choice, but he chose the school anyway and is grateful for all that it has provided him.