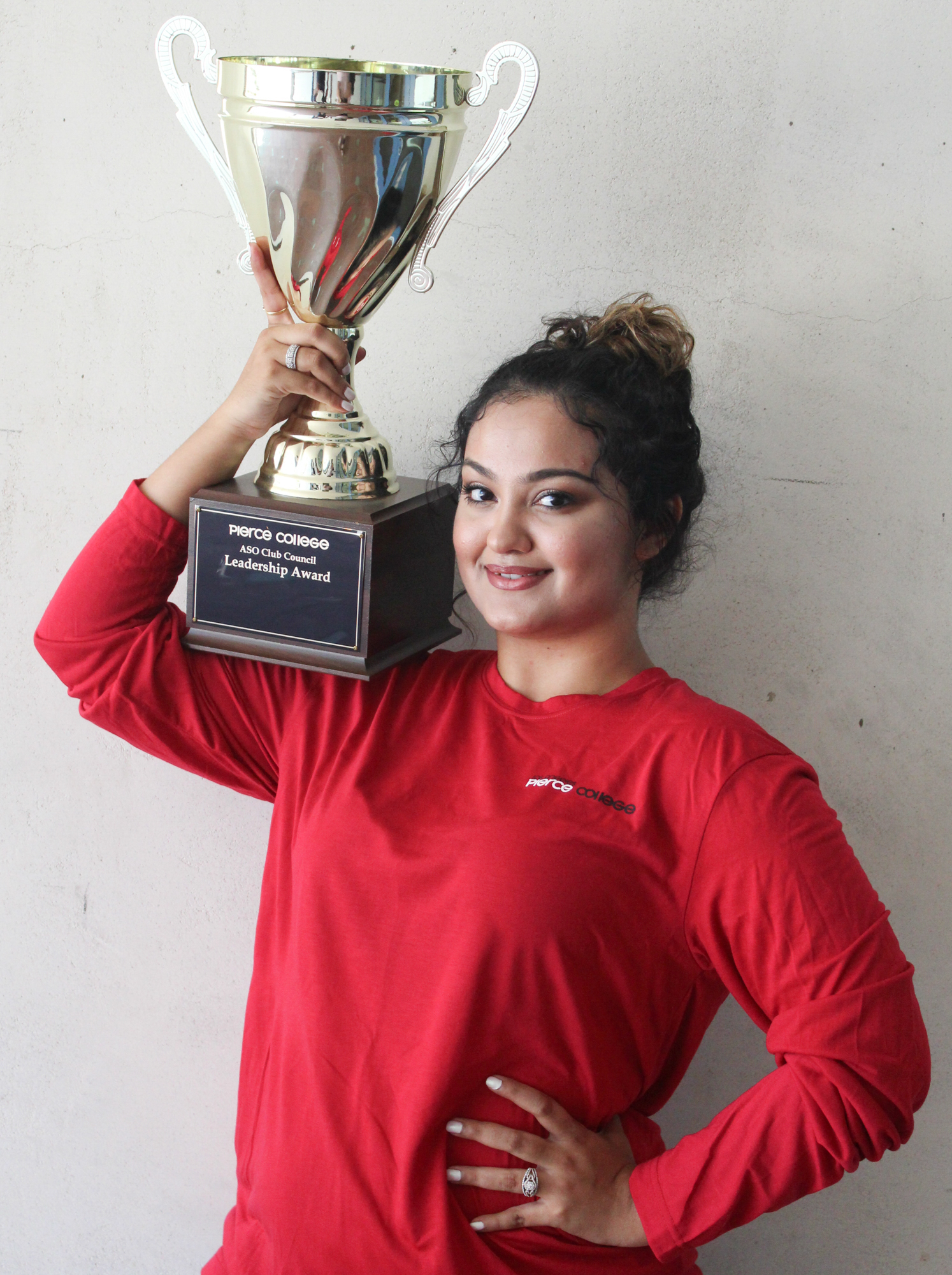 Her charisma glows everywhere she goes, lighting up the room of friends and colleagues who have been waiting for her to discuss and plan various activities and upcoming events.

ASO president Isha Pasricha is spending her third year at Pierce studying political science, which she had decided on after coming to pierce.

Pasricha had previously planned on studying at Santa Monica Community college to major in Chemistry right after high school and even started attending classes during the summer session.

“Right when I got out of Granada Hills Charter High School, I went to Santa Monica College because everybody said that it is the best transfer school to UCLA and had so many opportunities that I was so enticed by it. I started taking classes in the summer, I was on it,” Pasricha said. “I even applied for the STEM program and I got in, that was the hardest program to get into on campus,” Pasricha continued.

She later found the commute troublesome, and just overall did not feel that Santa Monica was not the right place to further pursue her future.

“As I kept going I just didn’t feel involved. I felt like i didn’t belong there, and I was so upset about it that I called my parents and broke down, telling them how I didn’t like it, so I dropped all my classes.” Pasricha added

Pasricha then wasted no time to apply for summer classes at Pierce, where she quickly found herself getting involved with the school.

“I went and talked to Lara Conrady Wong, who was the advisor of ASO, and I expressed my interest in getting involved as a senator, and she helped me fill out my application. From there I became senator, to vice president, and finally president,” Pasricha said.

Once becoming part of ASO, Pasricha quickly found her passion in helping others through getting more involved.

“I was so confused in the beginning about what I wanted to do with my life, but once I found ASO and all these honors programs and opportunities, so many things started coming together,” Pasricha said. “Then I found out I wanted to do law, human rights law specifically, because I’m really passionate about helping others and advocating for others needs,” Pasricha said.

Currently for this semester, Pasricha is trying to bring Pierce together as a community by planning various events on campus.

“I’m trying to create more events, bring in different organizations, speakers, and collaborating with different clubs to make the campus more lively, make it a place where students can really gain more educationally and socially.”

Conrady Wong sees Pasricha as an outstanding example, noting how she has worked hard and harbors outstanding potential.

“She is a very bright person with a lot of potential, but its her hard work and effort that I really want to compliment her on,” Conrady Wong said. “She has definitely grown in her organization, as time management is critical for a student leader. She is asked to do a lot due to the vice president currently being vacant,” Conrady Wong added.

Conrady Wong also goes on to describe how her and Pasricha are working together to get a jump start on the semester and pushing everything to earlier dates while also trying to fill up positions in the senate.

“Club rush and senator applications were pushed up a week earlier in order to get everything moving faster for students, so its making it hectic in the very beginning but it’s on purpose, and i’m hoping that it benefits students,” Conrady Wong said.

Marek Jansin, ASO treasurer, sees Pasricha as the main reason why he’s part of ASO, and said they have also been working together to fill a new senate position this semester.

“When I came in as senator I didn’t know anything, and she was the one to kind of show me the ropes. We as senators, and especially as executive board members, have the power to make change, and the students have a voice through us, and she is the one that taught me how to use that voice,” Jansin said.