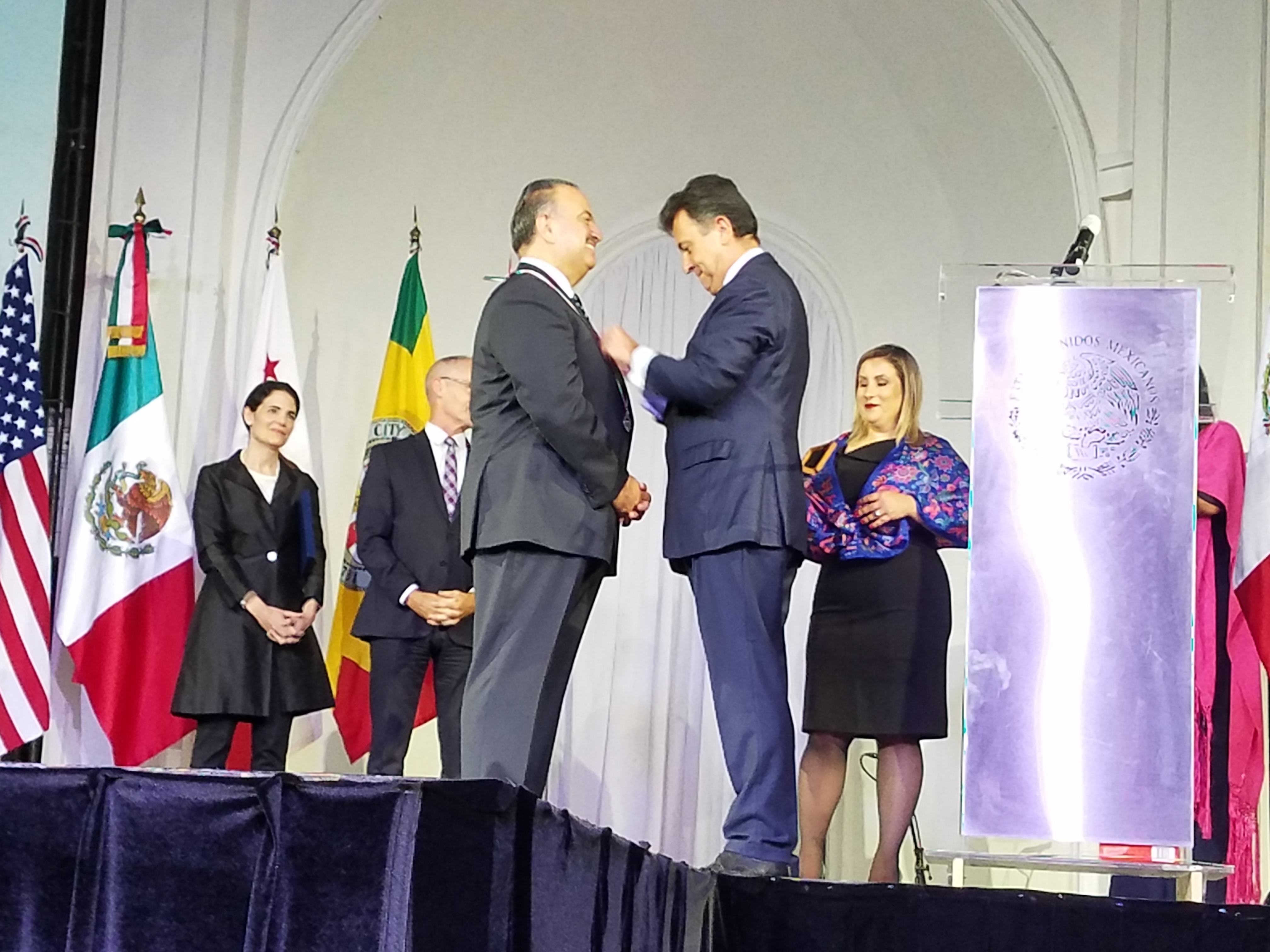 The Ohtli is one of the highest honors that can be given to a civilian by the Mexican government.

“Not something I expected, but I’m incredibly proud of and humbled by this,” Rodriguez said. “I’m very proud of my roots, my parents and my heritage and my language and my culture and my essence my being if you will.”

According the the official Ohtli website, the award is given “to people who have dedicated most of their life and professional activity, to open a gap abroad, so that the younger generations of Mexicans who have followed them find a relatively easier path walking.

According to a press release from LACCD, in his acceptance speech Rodriguez “focused on the district’s efforts to support undocumented and DACA students, and reaffirmed LACCD’s commitment as a place where all students can enroll and achieve their educational goals, regardless of their immigration status.”

Rodriguez received the award in a private diplomatic event hosted by the Consul General of Mexico Carlos Garcia de Alba.

“It first and foremost is a reflection of my family and my ancestors and those who had a dream that at some point the next generations would be better than the ones before,” Rodriguez said.

Rodriguez is the son of immigrant parents, and recognizes the sacrifices made to get him to where he is.

“My own family that adapted to a new language, a new culture and new society all with the off chance that the next generation will be better than the one before,” Rodriguez said. “I say so proudly that I’m proud son of immigrant factory workers. And I say that to students in particular because I want them to know the power of education and what it can do in a single generation.”

This honor is not just a personal one for Rodriguez. He sees it as recognition for what LACCD has done as a whole.

“It honors our collective work and honors our district in the fact that I am positioned to speak to issues of higher education, to speak to issues of empowerment, to speak to issues that sometimes are contrary to the national narrative on how certain students and communities are treated,” Rodriguez said. “And I can do that here obviously with respect but decorum and with professionalism. But I can do so because it’s Los Angeles because I have a very supportive board of trustees who supports and understands and expects that their chancellor advance public higher education.”