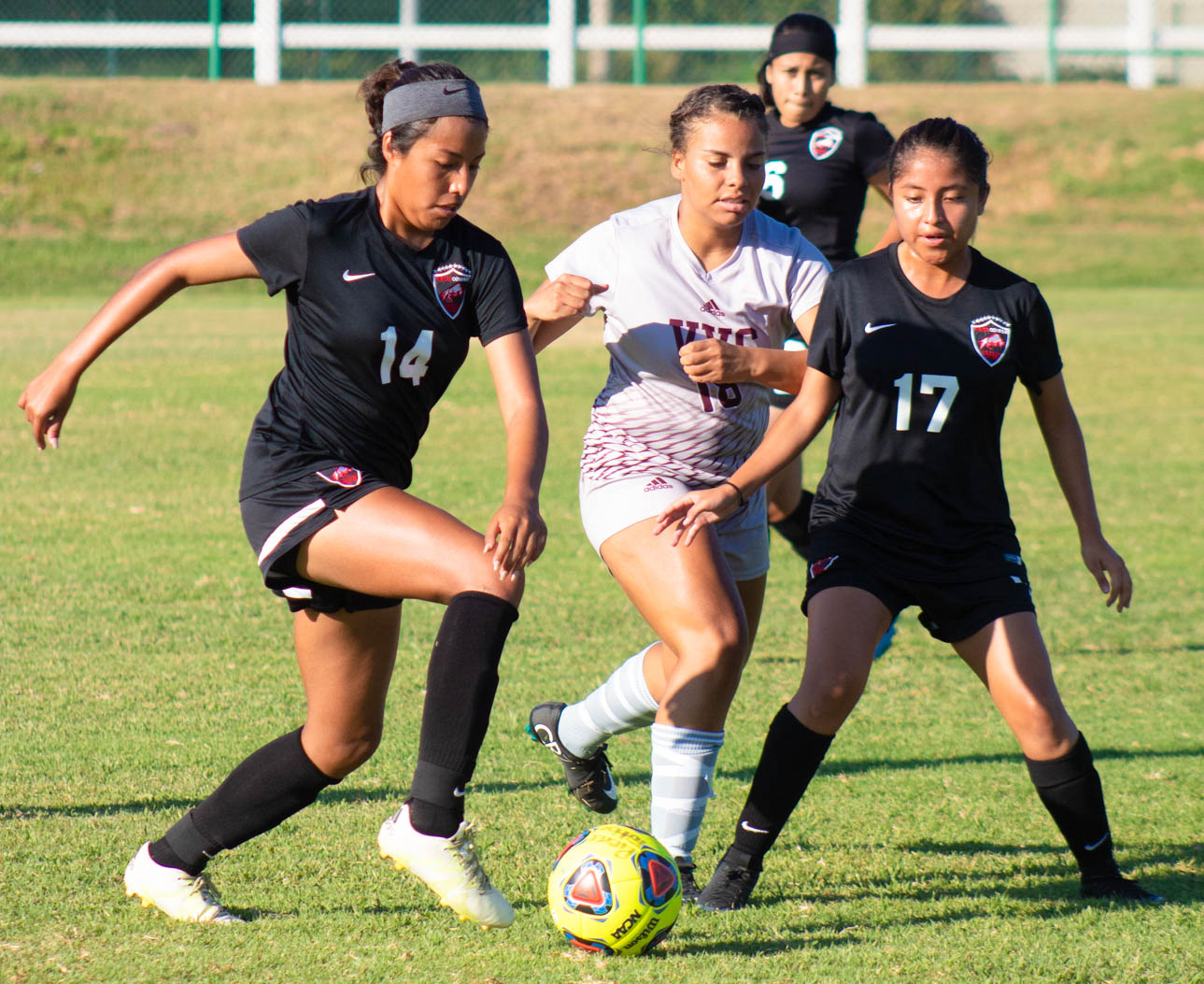 Brahmas soccer capitalized on their win against the Ventura College Pirates with their highest scoring game of the season.

A hat-trick from Gisell Cruz led the way for the Brahmas in the 6-1 win against Victor Valley College Friday.

“We are learning from previous games,” Perez said. “Usually we come out good in the second half, but today we did good in the first half.”

The Brahmas started the game with possession and it paid off as Keyonna Hill gave the Brahmas the lead in the 13th minute.

Cruz and Jordyn Conlon would go on to score the next two goals giving the team a 3-0 lead.

Before the end of the first half, Cruz scored her second goal of the game via a free kick.

At the start of the second half there was a change in goal. Valerie Mojica took Iliana Yanez’s place. Yanez would come on later in the half to play in the midfield.

The Brahmas maintained their intensity as Jessica Tapia came close to scoring, but the Rams defense closed her down.

Cruz went on to score her third goal of the game, extending the lead to five.

Hill scored her second goal of the game and it looked like it was going to be a shutout, but in the final moments of the game, Victor Valley College defender Tausalsa Tau-Ese scored, making the score 6-1.

Perez said that their strong offense was the key to this victory, but their defense was lacking.

“Our offense was just clicking today, but the only disappointment was their one goal against us” Perez said. “We have to learn to maintain that zero, their not attacking a lot, but when they do we lose focus and they score.”

Despite the win, Perez said that focus is one of the key things the team needs to improve on.

“I mean we are working on it and we are getting better, but we still have to focus,” Perez said. “There’s lots of instances in past games where we lose focus, and that’s what costs us, I mean the one goal they scored today was a perfect example.”

Assistant coach Cynthia Rosa also believes there is room for improvement as a team.

“I think we just need to stay focused, organized, and have a little bit better communication from the back line,” Rosa said. “Just to be on the same page as one another, and not to be falling out of position.”

Hill said she was satisfied with her two-goal performance.

“Endurance is the only thing I need to work on, I was getting tired toward the end,” Hill said. “But I felt really good, and confident.”

Cruz said that the team has improved on what they were working on in previous games.

“I think what we were working hard on was our performance in the first half, as we usually gain our focus in the second half and try to come back,” Cruz said. “This game we definitely got the results we wanted.”

Their next home game is against Glendale Community College on Tuesday, Oct.9  in the start of conference play. Kickoff is scheduled for 4 p.m.