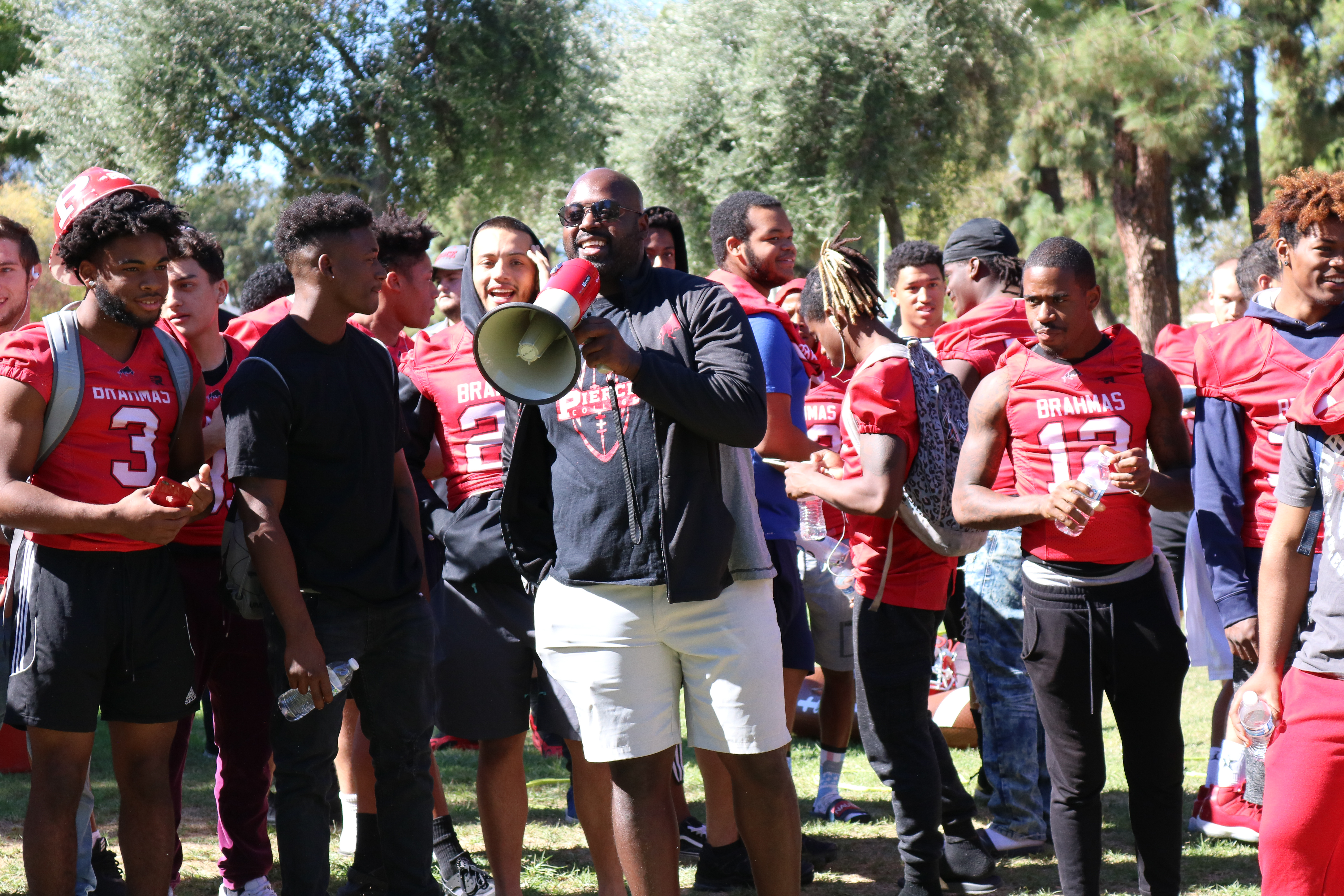 A new tradition was born as athletes, coaches, cheerleaders and members of the student population took part in the first ever fall sports pep rally held at Rocky Young Park.

This event was hosted by the Pierce College Associated Student Organization along with the Athletics department as of way of giving thanks to the student athletes for their hard work and dedication.

ASO President Isha Pasricha said this event was planned by the student senate as a way to their peers and to show their appreciation.

“It is our responsibility as a student body to make sure everyone feels welcomed on our campus,” Pasricha said.  “Our student athletes work hard in everything they do. We want other students to know them, and having a pep rally is a good way to make friends.”

Football head coach Carlos Woods said that it is a great opportunity to have students meet those who are currently playing a sport.

“I am always appreciative for anything that jump starts our students to get involved,” Woods said. “I am excited to have an opportunity to meet our ASO and to work with our administrators on what we can do to help other students to know who our student athletes are.”

The football team also played games with those in attendance. The first was to draw a play for their homecoming game against Pasadena City College. They had some of the players help those that took part in the activity.

Next was the obstacle course. The participants were split in two teams in which they had to do the same exercises the football players do in practice.

Woods said he has his team cheer on the other sports that are currently active.

“I always have my players go out and support our women’s volleyball and women’s soccer teams because they support us and we support them,” Woods said.

Athletic Director Moriah Van Norman said that having this event creates unity among the different teams and their players.

“Having student athletics supporting one another builds community because it is so isolating to be a student athlete and letting other student athletes know they are their for each other shows strong support,” Van Norman said.

Women’s volleyball head coach Edison Zhou said that it’s not about being on one team or the other. It is about helping each other.

“It’s not a matter of the football team or volleyball team, we are team Pierce and we help each other,” Zhou said.