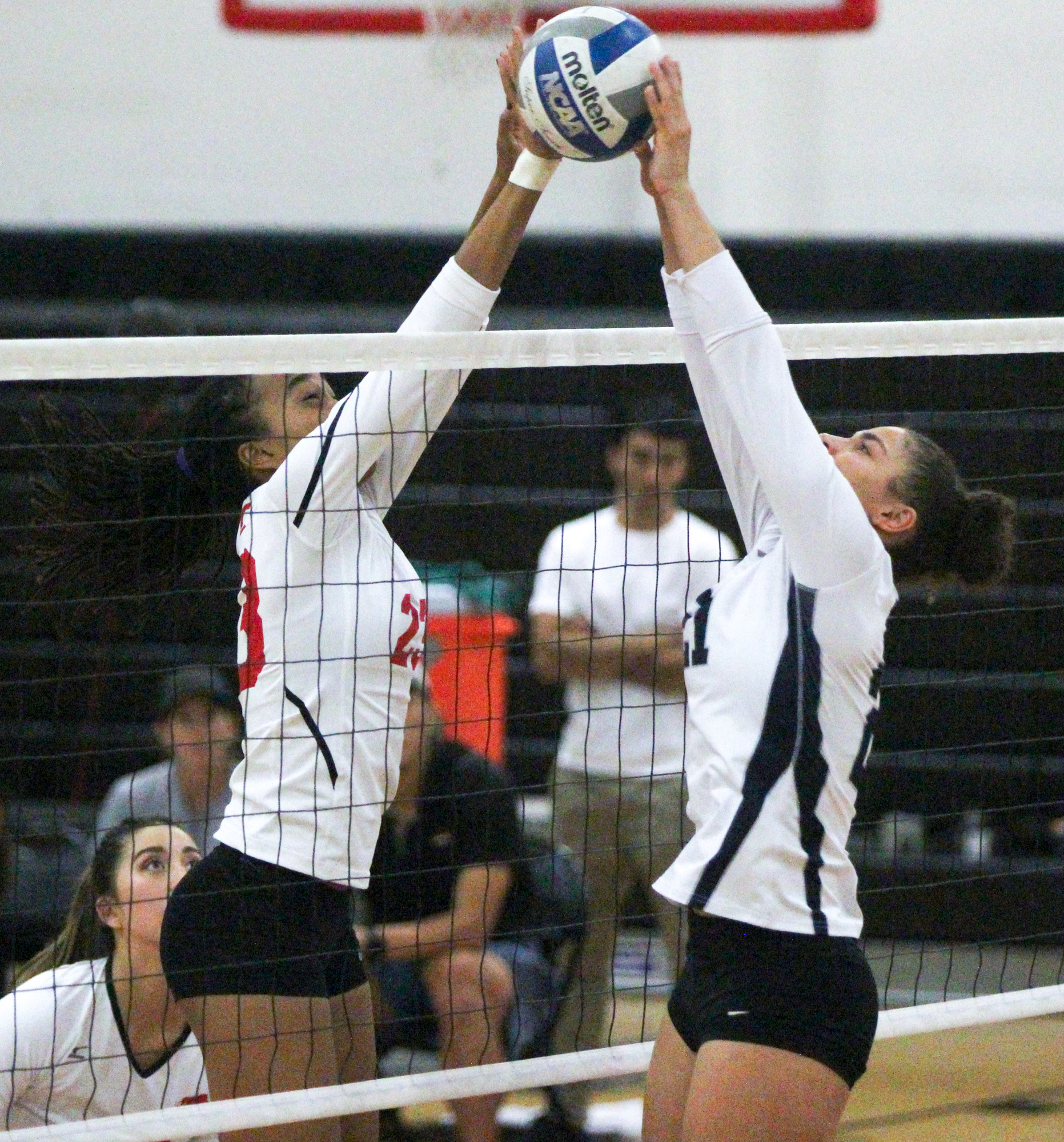 Women’s volleyball faced defeat against the Santa Monica College Corsairs in the final home game of the season, dropping their overall record to 1-8.

Team captain Catelynn Pulido led the team in with 15 kills, while Landry Bearden had 18 assists.

Head coach Edison Zhou believes that not having  Rachel Wiley, who wasn’t able to play due to an injury from the previous game against Santa Barbara City College, was a major contributing part to how the game unfolded.

“I think we played pretty well, but we were missing our outside hitter Rachel who’s also one of our captains, and she’s really good,” Zhou said. “We had to move Linnea to outside and it was a big change.”

Assistant coach Meaghan Wheeler said the team did well despite the changes.

“We had to work around an injury so there was some adversity,” Wheeler said. “I think they worked well around the change that we had today.

Zhou said that overall they need to improve the offense and make some slight changes.

Wheeler said that communication is going to be key for success in future games.

“We want to continue to work on communication, and that was the number one thing we talked about,” Wheeler said. “When there are challenges to work around, communication just has to triple.”

Pulido believes that a lack of intensity on the court contributed to their performance.

“It wasn’t the worst game, we had a lot of good swings and good passes here and there,” Pulido said. “We definitely could have had our energy up a lot higher, and we could have gained a couple extra points as well as not missing serves.”

After playing two back-to back home games, the Brahmas will play two away games against Citrus College on Oct. 31 and El Camino on Nov. 2nd. Both games start at 6 p.m.