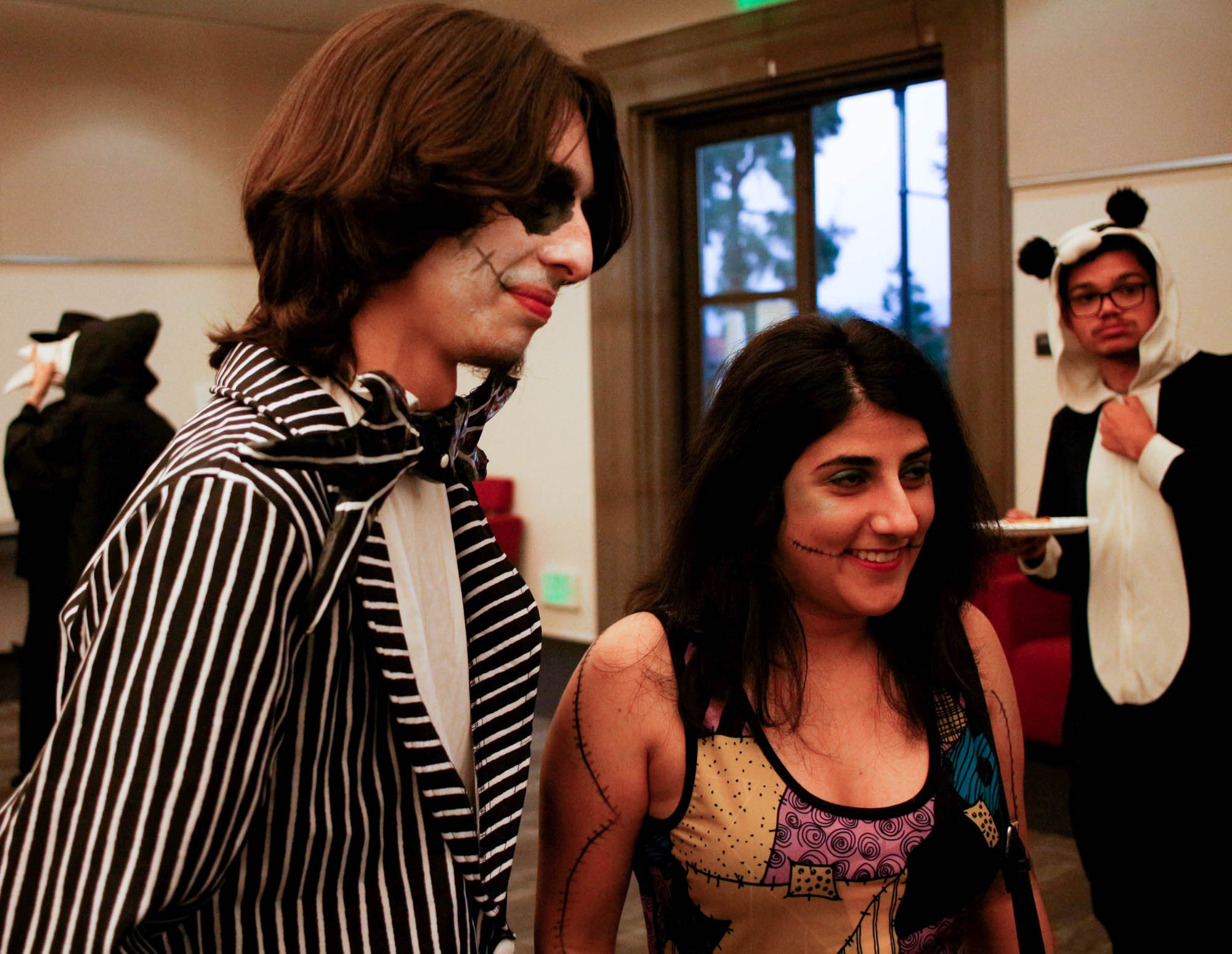 The Pierce College English Club hosted an All Hallows Eve event open to all students. The event featured a costume contest, snacks, and a movie screening Wednesday in the Great Hall.

Guests were also invited to write their favorite book quote onto a poster.

English Club voted on which movie to watch. Runner-ups included Coraline and The Shining.

Madison Carter, an English and architecture major, is the on-campus event coordinator for the English club. Carter has been a part of English Club since it formed last year.

“So tonight we’re having a costume contest, mummy wrapping, musical chairs and a screening of Beetlejuice,” Carter said.

Everything at the event is free, except for cupcakes which were sold to fundraise.

“So we have free candy, pizza, and drinks. And then cupcakes will cost $2 to help fundraise for English club,” Carter said.

Jordan Hunter, a member of the English Club and an English major, said she felt the event brought her closer to the other first-year students.

“We all collaborated as a group, as a team and that was really fun. We all put in ideas, we all had like a huge debate about which movie to play, which was really fun and we all agreed on Beetlejuice,” Hunter said.

Hunter won first place in the costume contest. She was dressed as Jade Harley from the webcomic Homestuck.

“She’s a witch of space, but yeah, that’s what she is and that’s her god tier. She’s one of the best characters in Homestuck,” Hunter said.

Maya Lev and Adrian Camp who are both music majors won second place in the costume contest. They were dressed as Jack and Sally from the film The Nightmare Before Christmas.

Neither of them are members of the English Club. Lev learned of the event through a friend and flyers.

“So I’d actually met Jacob of the English club and he had mentioned organizing this thing. And I went up in the music area and I had actually seen a poster about it. And so that had all the info and I sent it to Adrian,” Lev said.

Camp thought it would be a cute couples costume.

Clarissa Cuellar, a member of the English Club and an English major, helped decide what movie would be played.

“I mean I voted for ‘Beetlejuice’ because I’d never seen it before, but I also voted for Coraline and The Shining,” Cueller said.

Cuellar won third place in the costume contest. She was dressed as Mabel from the television series Gravity Falls.

“I was going to be Dipper because I related to him more but also Mabel’s a little bit more relatable to me and I just really liked her in general,” Cueller said.