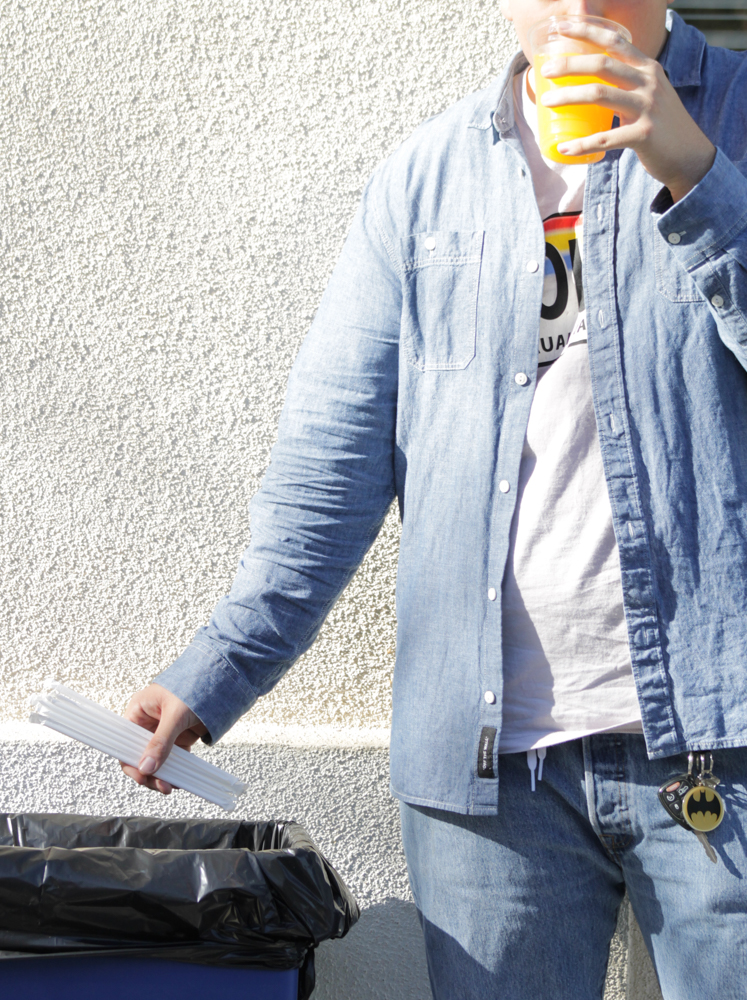 The convenience of drinking on the go has been eliminated with the new no straws policy at the cafeteria.

The cafeteria began its no straw policy to help reduce the amount of plastic straws that were not being recycled with the general waste.

Pacific Dining Manager Jaime Cancino said that they follow the decision for the health environment.

“There are millions of straws go to the ocean damaging the environment,” Cancino said.

Because of this system, plastic straws usually go in the main garbage bins, which isn’t effective for recycling the plastic in the trash.

“Therefore, Pierce’s cafeteria started the straws policy about one month ago,” Cancino said.

According to Cancino, students’ reaction was mostly positive. Even though they weren’t happy at the beginning, they accepted it when they knew the reason.

Another step the cafeteria has taken to continue being sustainable, is to replace their old cutlery and plates with biodegradable products.

“Everything we use in the cafeteria, spoons, forks, knives or plates are biodegradable, which are made of corn,” Cancino said.

Alessia Morelli, who works at Arezzio Station in the cafeteria, said, “most of students reacted in a very good way, everyone is positive about doing something good to our environment.”

The feedback for the the no straws policy has been well received by students.

“I can’t say it is bad or good idea, but if it lowers the cost of food supplies, it will be good,” Business Administration Major Kenneth Asuto said.

However, some students see this policy as a starting point for other green initiatives.

“It is good for the environment, but they should change the cups, or make them like coffee cups,” Music Major Jasmin Gomez said.

The cafeteria has taken numerous initiatives to make the cafeteria more environmentally conscious. The next step for the cafeteria will be to put an effect recycling system in place.