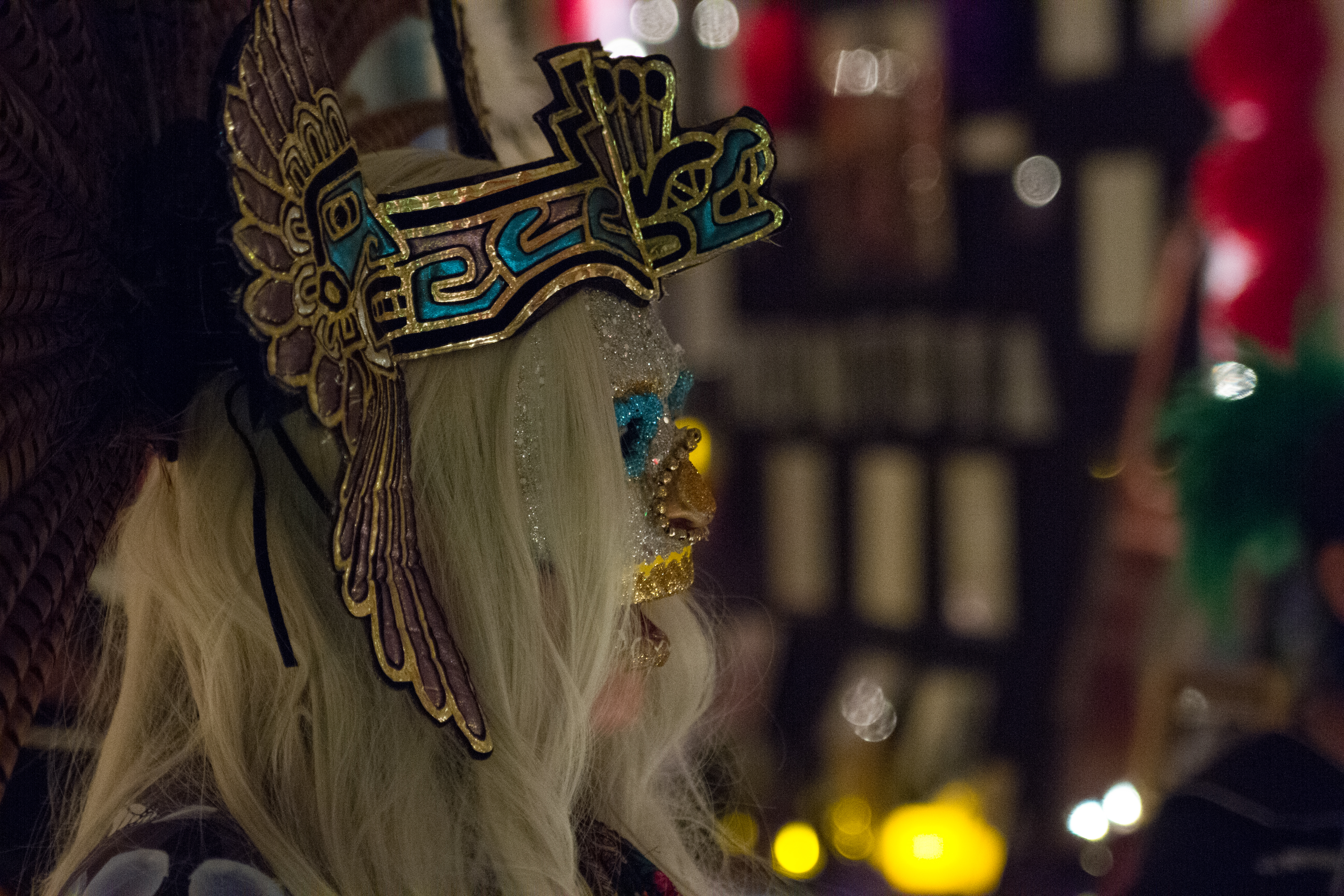 The yearly event was held on campus last Thursday and featured a blessing by Aztec dancers, a live band and student altars celebrating the lives of Chicanos in the arts.

“The altars are a tradition that I’ve been doing at another campus, but this year I wanted to bring it to pierce college,” Rovero said. “Next year I might do it at both, but I wanted to bring it here and get students a little bit more involved here at Pierce College because we don’t really have that kind of stuff here.”

Rovero explained that her Chicano studies students are creating the altars for Chicano Legends in the arts and also described the hard work her students put into them.

“We have one for Selena Quintanilla, we have one for Ritchie Valens,” Rovero said. “It’s a whole process, Its very intense, they just have to research and put a biography so that its actually a celebration of life, so that anybody that comes in learns about the people that we are honoring.”

There will be performances at the opening event that will coincide with the exhibit, running through Dec. 14.

Rovero also hopes that family members of those honored will come to the event as they have years prior.

“Because I pick certain people, I invite the families, like Ritchie Valens’ cousins and sisters,” Rovero said. “The families, sometimes they come and they come in and they’re weeping because the students have done such a great job.”

Rovero states that part of the Chicano studies class requirements involve students creating their alters by hand, rather than buying the supplies.

“They have specific guidelines, and everyone has certain things that they have to have on it, and everything has to be homemade,” Rovero said. “We don’t do anything that is bought from a Michaels and a Jo-Ann’s or any kind of store, everything is handmade.”

Former altar constructor and history teacher Scott Stewart thinks that holding the event at Pierce is a good idea.

“I’m glad they have it at pierce, because when people think of the Valley, they think of white people, but the valley hasn’t been so called white in eons,” Stewart said. “The Valley is a melting pot in America, and this is great that the Latino heritage is celebrated like this.”

“Its my first experience with the altars, and I just felt a lot of inspiration, and I can see the community is enjoying it as well, it inspires both the hearing and deaf community,” Arias signed. “Lupe Ontevaros, because she has two kids that are deaf, and we just found out they were involved in the deaf community, and it was just one of my favorite altars out of all of them.”

To Scott Stewart, this event is always a delight.

“It’s a big community event, it brings a lot of people together,” Stewart said. “I give it a hundred out of a hundred, an A plus, this is a superbowl championship!”