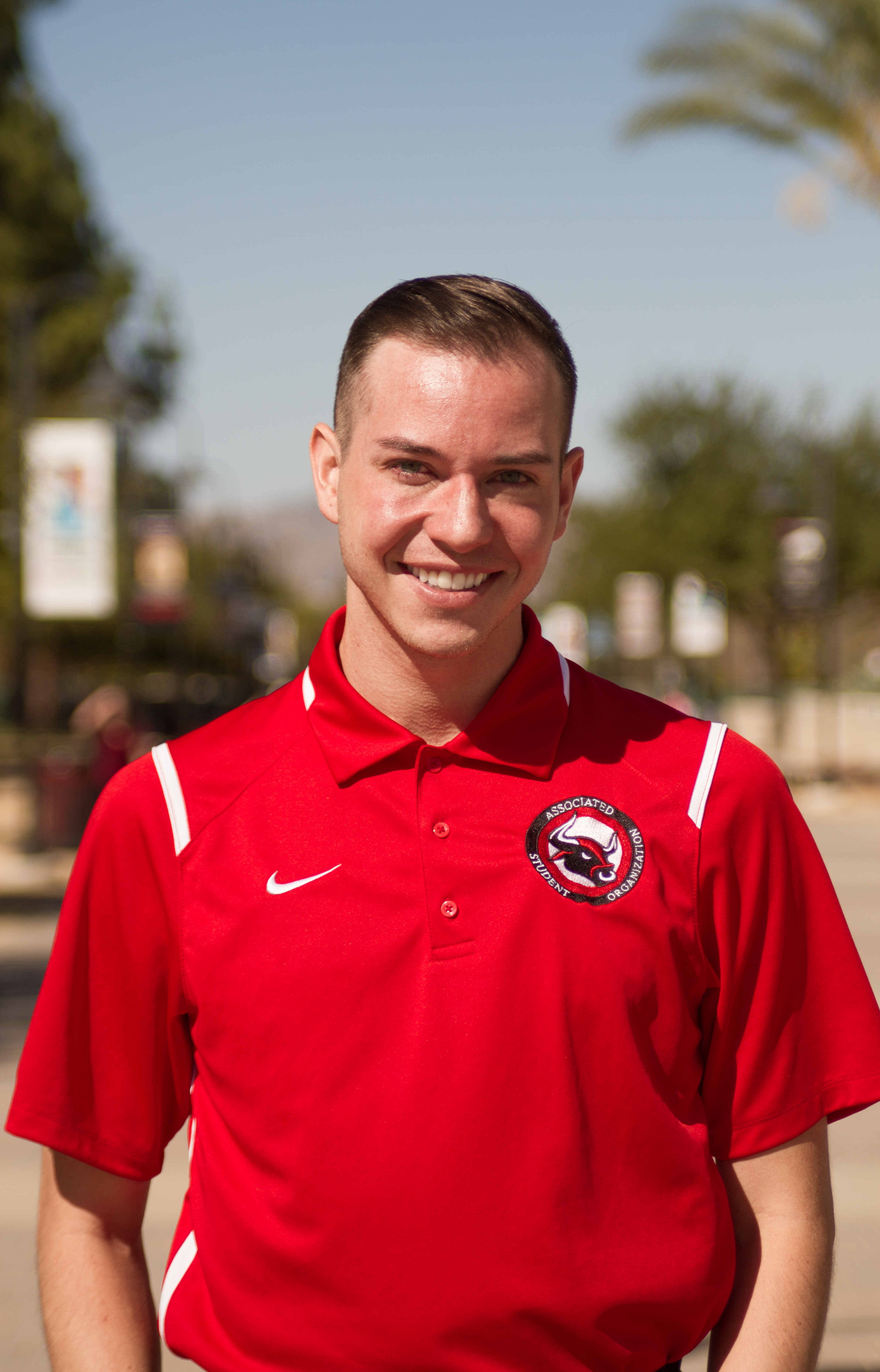 Students often have the desire to participate, but lack the knowledge and experience needed.

But the new Vice President of the Associated Student Organization (ASO) has plenty of both.

Dominic Le Fort is not only the new ASO VP, but he is also a founder and executive director of a non-profit organization called QEDU (queer education).

Le Fort, who plans to major in gender studies or gender and sex studies, decided to form the organization after California made Assembly Bill 329 and Senate Bill 48 to include information about gender identity, sexual orientations and the contributions of LGBTQ members in U.S. history to public school education.

“When I saw these legal changes had been made, being a passionate member of the LGBTQ community, I took it upon myself to start an organization, QEDU, to help bring comprehensive LGBTQ education directly to public school students and faculty members,” Le Fort said.

Le Fort decided to take the position as he’s been at Pierce for about two years and is hoping to transfer to his dream school UCLA.

“I’m actually a nontraditional student, so coming back to Pierce I already had a number of years of professional working experience,” Le Fort said. “Part of the process for me was getting involved, using the experience I had developed professionally and contributing to my campus in a meaningful way. I couldn’t think of any better way to do that than participating in the ASO.”

“This season no one ran for that position so it was vacant,” Conrady-Wong said. “Once the senate got formed, senators, like Dominic, was a senator a few months ago. He applied to be a senator in August. When he became a senator and knew that position was open he then ran for it and was elected at that time.”

“He’s completely embraced his new leadership role. It’s a lot of stuff to learn really quickly because the meetings follow Brown Act and also Robert’s Rules of Order for parliamentary procedures,” Conrady-Wong said. “He’s really taken it on very well. The meetings run very smoothly, the agenda is always on time, his responses to the people who are coming to the meetings are so professionally written.”

Le Fort said that because he’s had real working experience he’s been able to use those skills for many different roles.

“A lot of the experiences that I’ve had as an executive director of a non-profit directly correlates to leadership responsibilities and program oversight,” Le Fort said. “On top of the vice presidency, I also am the chairperson of the publicity committee. Which has been a really great opportunity for me to use so many of the tools and resources that I developed through the organization that I run and bringing them here on campus and show other students about some of the different processes that we can use to standardize program initiatives and how we get things done around here.”

Besides the job responsibilities, Le Fort said he likes being a part of the campus community.

“I’ve really been enjoying the opportunity to participate in the student organization,” Le Fort said. “It’s been so wonderful getting to connect with other like-minded students who are passionate about giving back to their school and being an active contributor.”

ASO senator Aleksandra Alimova said the same about how well he’s doing in his new role.

“He’s so organized,” Alimova said. “He completes all tasks on time, he sends his weekly agendas. He’s the one who actually does all the meetings right now because our president, she’s not doing them anymore because now she has a vice president. So he’s doing a really great job with that, with paying attention and he knows the by-laws.”

Alimova had only good things to say about what it’s like to work with Le Fort.

“He’s a really bright person,” Alimova said. “He actually brings a lot of positive emotions into our small group. He’s the person if you really need to go and talk to him, he’ll be the one to give you advice. “

When he’s not working his role as vice president, Le Fort said he enjoys doing a couple of things outside of school.

“I don’t have a whole lot of time for hobbies right now being that I’m so busy, but when I do have time I like karaoke and I really love dressing up, specifically Halloween,” Le Fort said.