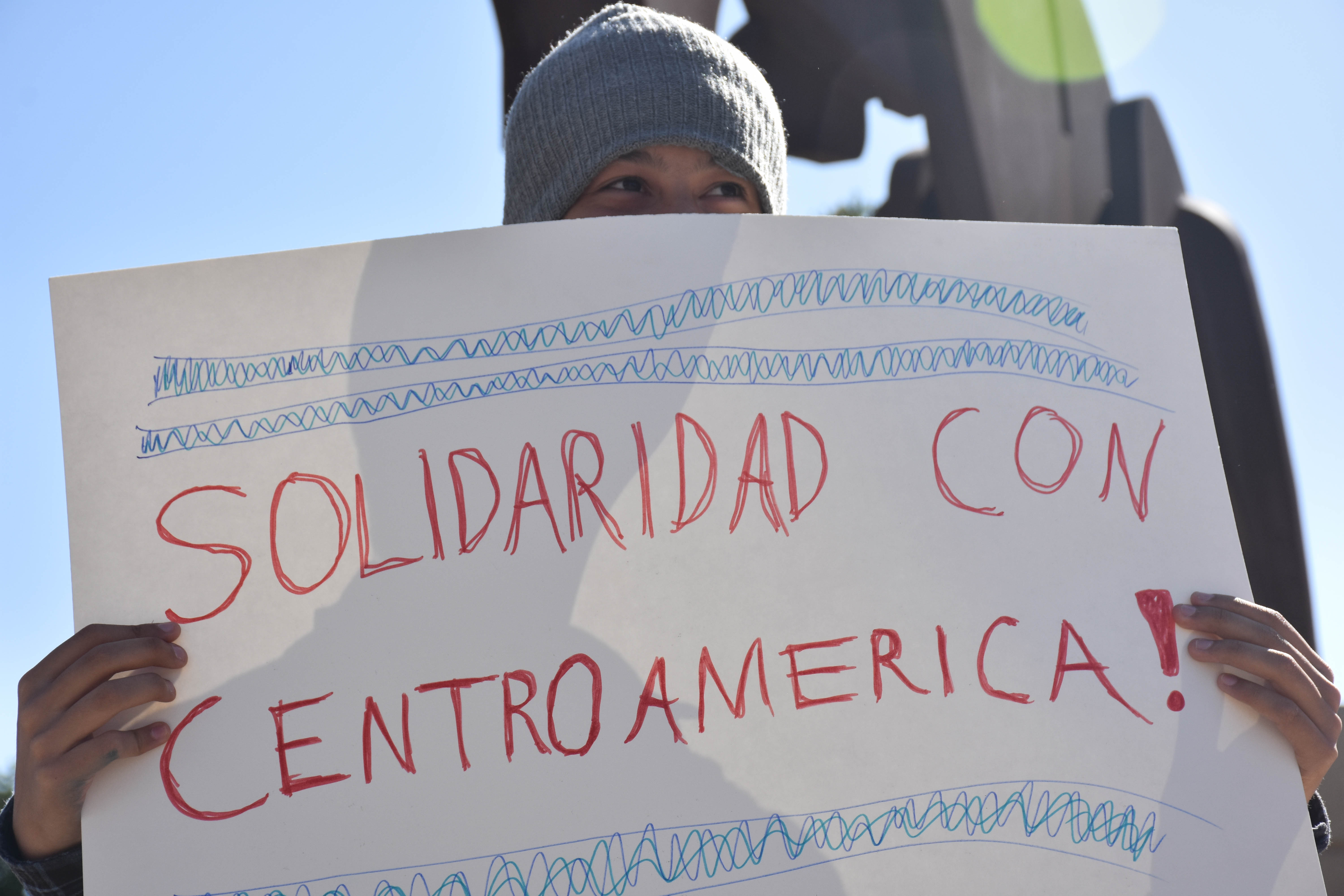 A small group of Pierce College students stood atop their soapbox to make their voices heard.

The Pierce College Leftist Club held a protest against newly elected Supreme Court Judge Brett Kavanaugh at The Mall Nov. 8 with about six protestors in total, mostly from the Brahma Leftist Club.

Although they originally were supposed to protest Kavanaugh, the protestors had other politically-charged topics they wanted to address.

The signs they made referenced President Donald Trump, their thoughts on capitalism and their opinions on sexual assault.

Journey Robuck, a participant in the protest, explained why she decided to attend and how her opinions differed from the Republican Party.

“I am here today because Trump has gotten away with too much,” Robuck said. “If he is turning all of the branches conservative then my rights are being threatened.”

“It is important for people to be educated because whether or not you support him, he is an extremely conservative and biased judge,” Robuck said. “That is why he is being protested so heavily, because of his bias.”

Although there was lots of support, there was also many bystanders who did not agree with the message of the Brahma Leftists.

Benjamin Hariri, a bystander explained that he defines himself as a centrist. He said that while he does not agree with all aspects of the protest, he is always open for discussion and is also open to hearing the other side of the argument.

“I admire that they have such passionate beliefs even though I don’t agree with everything their saying,” Hariri said.

Komalpreet Batth, President of the Brahma Leftist Club got into more detail on the exact message behind the protest.

“It is solidarity with sexual assault victims and anyone who has ever experienced domestic abuse,” Batth said. “ Because Kavanaugh just got elected for life, we thought it was a perfect opportunity to do our protest.”

Batth explained that another goal of the protest was also to put the Brahma Leftist Club on the map as they are one of the newer clubs on campus.

While small, the protest started conversations between students with differing ideologies.