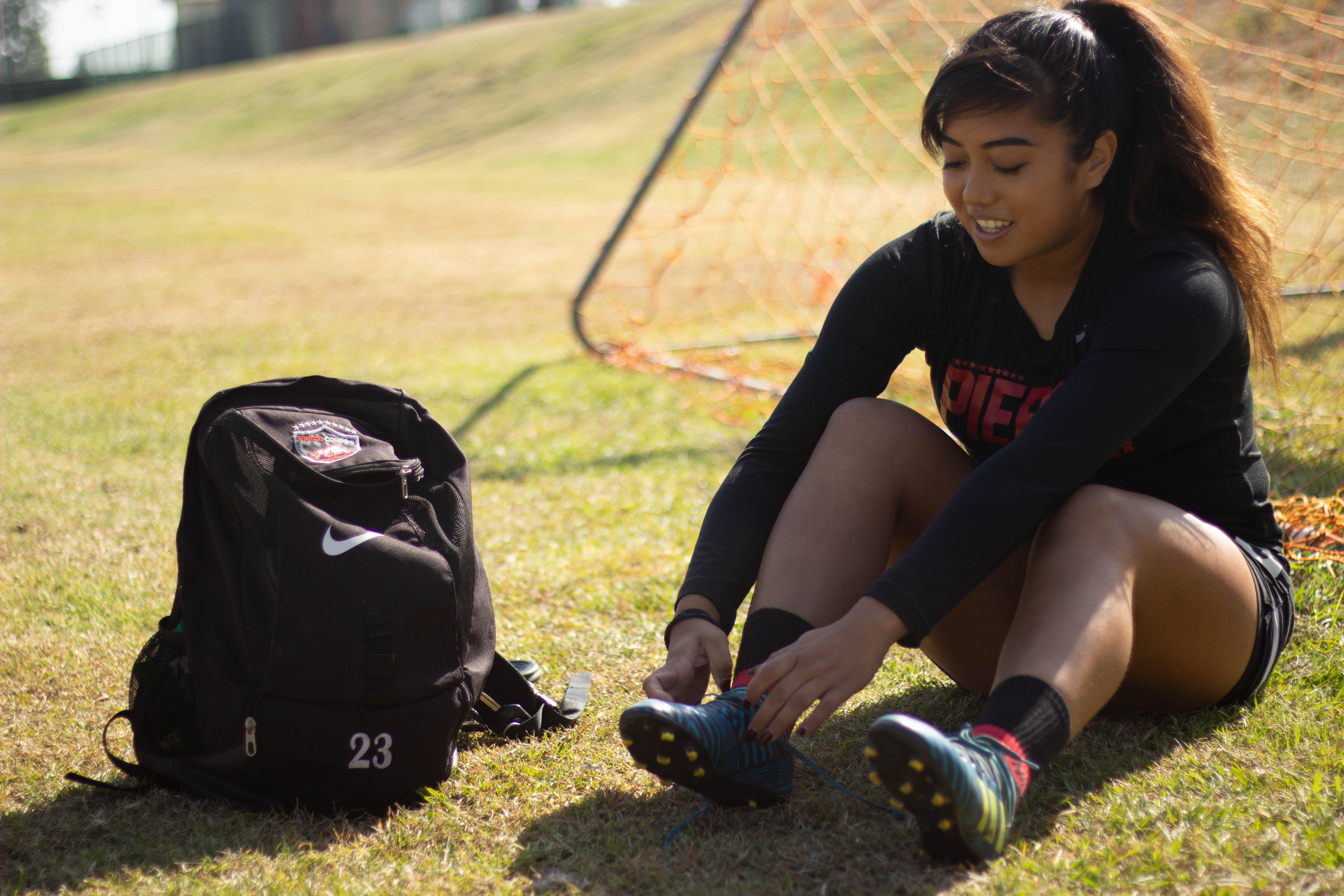 Sometimes the best teachers in life are not in a classroom.

For team captain Diana Salonga, the lesson plan is hours of game film and the classroom is the soccer field.

It is not a leisure activity for Salonga. She translates the way she prepares herself for games into how she goes about life.

Salonga started playing soccer at the age of six. She played four years at Chatsworth High School while serving as the class president and graduating as a valedictorian in 2016.

Despite playing for Pierce the last two years, her soccer career almost came to an end in her senior year of high school when she fell ill.

“My senior year was not my best,” Salonga said. “I got sick and I didn’t really know. By the time I got to the hospital, I had pneumonia and bronchitis.”

After she graduated high school, Salonga decided she did not want to play soccer anymore and did not join the Pierce soccer program in her first semester.

Salonga was having a difficult time paying attention in class and was unmotivated to do better in school. Salonga was then diagnosed with Attention Deficit Disorder in the fall of 2016.

In her spring semester of 2017, Salonga’s mindset changed when she decided to join the soccer conditioning class. From there,  she was offered a spot on the soccer team.

Salonga said that playing soccer at Pierce and finding out that she has ADD was a turning point in her life and it brought out her competitive drive.

“I finally started trying harder in school and studying and I was getting A’s,” Salonga said. “It was the first time in a while I felt like I have my life under control.”

Salonga’s newly-found ambition has led her to take on two jobs where she works approximately 33 hours a week. She is a server at Olive Garden and a manager at Taco Bell.

She is currently enrolled in Calculus 2, Chemistry, and a Chemistry lab. Including soccer, that equates to fourteen credits.

Salonga is pulling off this balancing act all while being one of three captains on the team and maintaining a cumulative 4.0 GPA.

Salonga uses her mentality that she adopted from sports into real life. She is determined to get good grades and make as much money as possible.

“I see some athletic tendencies in everything I do,” Salonga said. “It’s almost like I have to do this and I don’t have a choice. It’s the competitive side of me. I want to have a lot of money when I am older and that’s the goal.”

Adolfo Perez, head coach, believes its Salonga’s leadership qualities that stand out about her and it’s the reason why she is a captain on the team.

“It’s not always your best players, it’s the leaders,” Perez said. “She is super organized which helps us tremendously.”

Perez said that Salonga acts as the perfect role model for the other girls on the team and exemplifies what a student athlete should be.

“I fully respect people that do what she does because it is not easy,” Perez said. “I know someone with her work ethic definitely has a bright future.”

Jocelyn Ramos, midfielder, and one of Salonga’s best friends, said that her hard work is contagious and it helps inspire the rest of the team to have a better work ethic.

“She’s really our motivation,” Ramos said. “It makes each and every one of us work hard because we don’t have as difficult of a life as she does. There’s no excuse for us to slack off if she’s not.”

Along with leadership, Ramos said that she is also one of the nicest people on the team and she treats everyone with kindness and compassion.

“She’s really down to earth and really positive,” Ramos said. “She’s really the light of the whole team and she brings us all together.”

Salonga said that other than success, her main motivation in life are her parents because they both work incredibly hard to support her and her brother.

“I think the reason why I work so hard is because I want to do the same thing for my kids and do even more but not have the slightest bit of worry about money,” Salonga said.

Despite going through adversity and living a very busy life with not much time for herself, there are three simple words that Salonga constantly repeats to herself every day. Whatever It Takes.

Salonga has no plans on playing wherever she transfers and confirmed that this is her last season being a student athlete.

“I definitely love the sport, but I think ending now is perfect for me and I would be happy,” Salonga said.