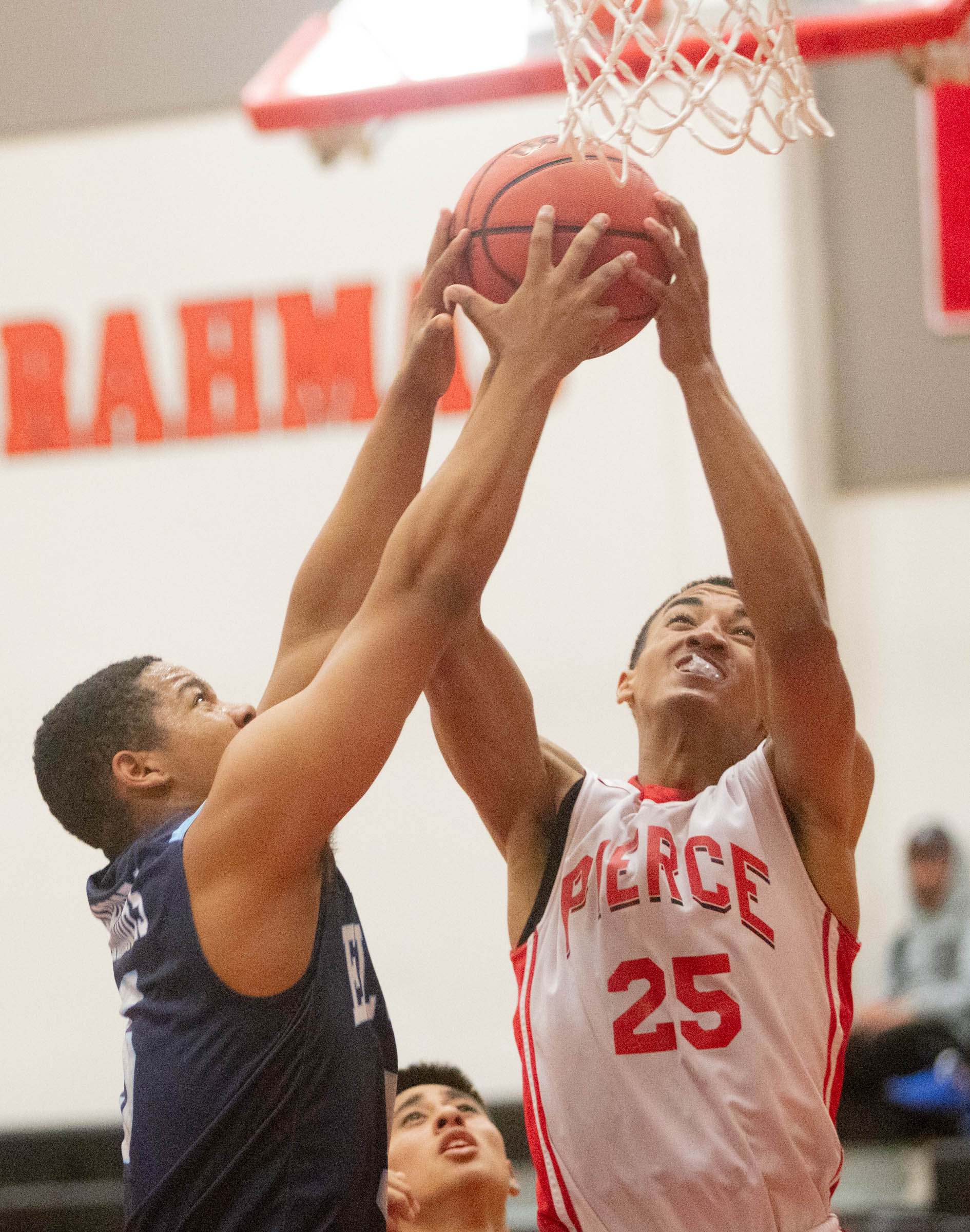 Despite a slow start, men’s basketball was able to squeak out a 79-78 victory over the El Camino College Warriors that came down to the final seconds.

From the opening tipoff, both teams brought intensity to the court with a fast-paced first half that ended with the Warriors up 35-34 thanks to a buzzer beater 3-pointer from Jamal Howard.

Head coach Casey Weitzel believes that maintaining intensity throughout the game is key, but it was lack of executing fundamentals that ultimately led the team to struggle.

“We just didn’t execute in the first half and that’s why it was such a close game for the majority of it,” Weitzel said. “We let them get started and let them think that they could stay with us and anytime you do that in college basketball you’re in for a long night and that’s exactly what we got.”

Guard Kyle Lord believes that the 18 fouls called on the Brahmas slowed their intensity.

“We didn’t really know why the fouls were getting called on us so It was just an adjustment,” Lord said. “We had to adjust to the refs, and just play hard, and not worry about them.”

Lord led the Brahmas with 18 points in only 17 minutes played, shooting 7-11 from the field with two 3s.

Guard Anthony McIntyre, who led the team with four steals, explained how Weitzel helped them recuperate after a shaky first half.

“He told us we were playing soft and that there’s no reason why we should have been losing to that team and he was right,” McIntyre said.

The Brahmas came back, and were able to maintain a lead through most of the second half.

With 27 seconds left in the game, El Camino player Justin Chambers made two free throws, cutting the Brahmas lead to one.

The Brahmas gave the ball right back to the Warriors with a turnover in the backcourt, but El Camino missed a three with six seconds left.

Kevin Fassu was sent to the line after securing the rebound, and he missed the front-end of the one-and-one.

El Camino had one final chance with two seconds on the clock, but another missed three and rebound from Fassu secured the win for Pierce.

“We won, so that’s good and I’m happy about that, we made it a lot closer than it probably should have been and we’ve got a long ways to go,”  Weitzel said.

With the win, the Brahmas improve their overall record to 6-3 and are first in the conference standings.

Their next game is at Santiago Canyon on Dec.12, tipoff is scheduled for 5 p.m.