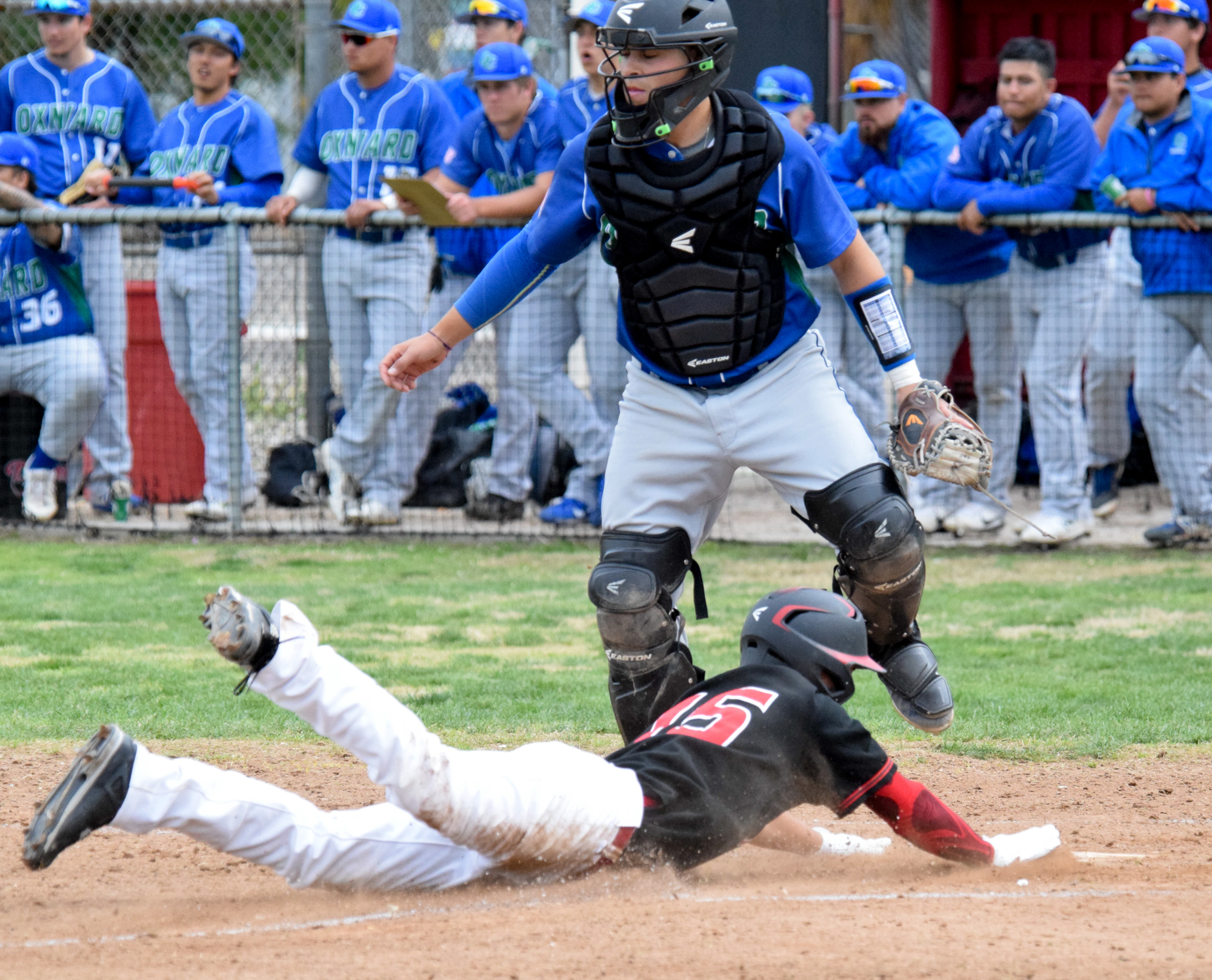 The Pierce baseball team was back on the field Tuesday, Feb. 12 as they hosted Oxnard College.

The story of the game for the Brahmas was pitching.

Johnathan Lavallee started on the mound and he was dominant for seven innings. Head coach Bill Picketts was happy with the way Lavallee pitched this game.

“Obviously you can’t say enough about Lavallee and the way he threw,” Picketts said. “I was hoping to actually let him finish it. His pitch count was pretty darn good after six innings and then he struggled in the seventh, which got him up to around 105 pitches.”

Lavallee finished his day with no runs allowed. He credited his preparation beforehand for allowing him to be successful today.

“I was dialed in. I could feel myself focus on, not just throwing to the glove, but through it,” Lavallee said. “Through it is the key, because if you just throw to it, it’s gonna run all over the place.”

The thought of throwing through the catcher’s mitt was one that helped Lavalle strike out eleven batters. He said pitching with authority makes the ball appear to jump on the hitters.

The Brahmas offense broke out to score three runs in the second inning, which was enough to get them the win.

“It seems like every game is like that,” Picketts said. “I mean we get hot for one inning and we do our thing for one inning and it’s been enough for the number of games that we’ve won. So opportunistic, I guess is what you can call it.”

The scoring started when Brent Swearingen doubled with two outs to drive in Ryan Shin for the first run of the game.

“Honestly with two outs, you just gotta get the game going, you gotta get it started,” Swearingen said.

Dirk Ryan followed with a triple that brought in Swearingen to increase the Brahmas’ lead to two runs.

“He threw me an inside fastball first pitch so I tried to adjust to the inside fastball,” Ryan said. “Then he started throwing hanging curveballs, then finally I got my pitch and I tried mostly just to do my thing and put good bat on the ball.”

Another single in the inning from Diego Harris brought Ryan into score.

The score remained 3-0 until the eighth inning when the Brahmas loaded the bases and Swearengin picked up his second RBI of the game with a sacrifice fly.

Johnathan Kennedy and Barrett Vonderau combined to pitch the final two innings of the game. Kennedy went 1 ⅔ innings and Vonderau came in to get the final out of the game.

“My two bullpen guys that have been solid for me all year came in and got it done,” Picketts said.

The Brahmas record is now 4-3. Their next scheduled game is against Oxnard College on the road on Thursday, Feb.14 at 2 p.m.