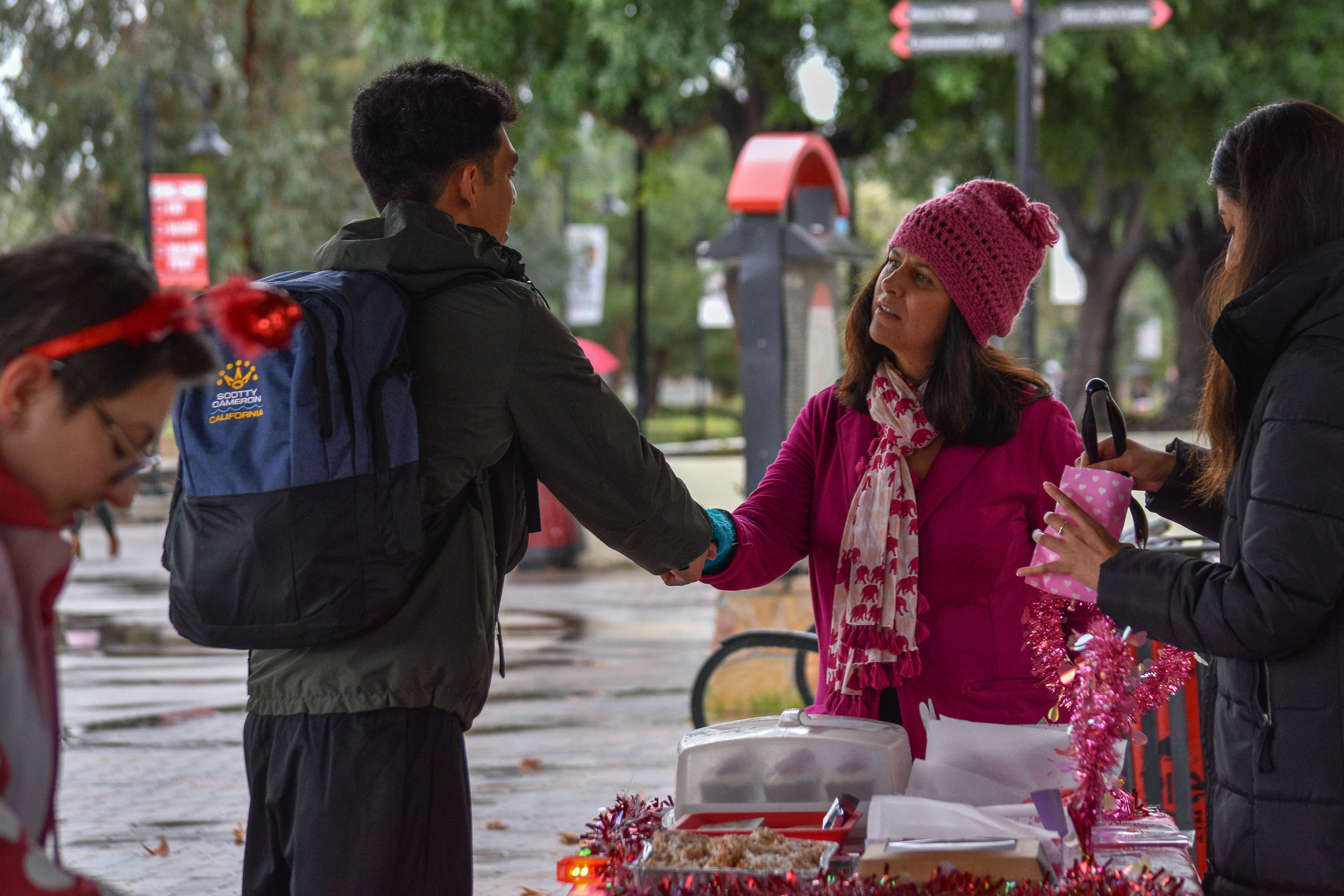 With tables filled with red and pink confectionary treats, Pierce College’s Vegan Society showed their love for animals this past Valentine’s Day by holding a bake sale on the mall.

Vegan Society President Alicia Salazar said they are trying to raise funds for their “Go Vegan Earth Day” event on April 22, which will be held in the Great Hall at Pierce.

“We’d like to spread any vegan outreach and we’re hoping the funds can go to our big Earth Day event in April,” Salazar said.

According to Salazar, the hardest part about going vegan is knowing what replacements are available to substitute animal products.

“I made this meringue and it’s usually made with egg. There is a secret vegan way to do it and its by using chickpea water,” Salazar said.

Samuel Hookham, a political science student, said that any person can go vegan. He said it is matter of “finding a food that you really love and finding a good replacement for it.”

Stephanie Winnard, the faculty advisor for the Vegan Society, said the transition to become vegan is easier than people may think.

“There is nothing hard about it at all. It’s breezy, it is not hard to bake without eggs, butter or milk,” Winnard said.

Winnard also thinks that going vegan is not only healthy for the environment, but it is also cheaper.

“There is a lot of advantages to vegan baking, one of them is that it is more affordable, you find that buying a bag of flaxing meal is cheaper than buying eggs,” Winnard said.

Salazar said that she found difficulty when adapting to a vegan lifestyle.

“You are not use to it, but after awhile you get the hang of it,” Salazar said.

“The Earth Day event is a big event for the Vegan Society, that is why we are doing this bakery sale,” Hookham said.