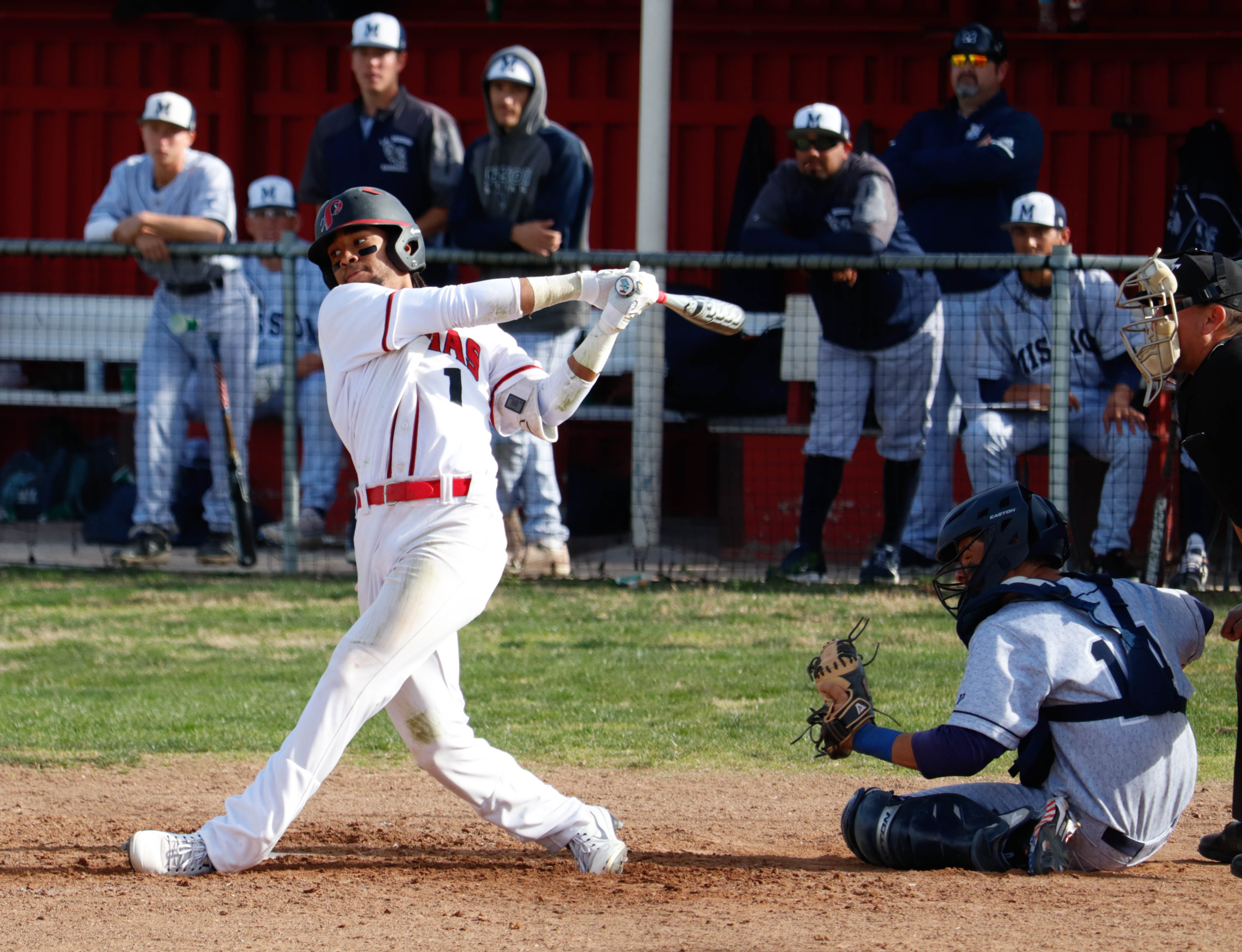 Baseball faced Mission College on Feb. 26 and started the game strong, but a shaky ninth inning led the team to their fifth straight loss.

Head coach Bill Picketts said that situational hitting and team defense was the main reason for the loss.

“We didn’t play the defense we needed to play. So playing in a tie game like that, one little thing can affect it and that’s exactly what happened today,” Picketts said. “Our situational hitting wasn’t very good. We had two situations, first and third with one out with some pretty good hitters up. We work on it a lot in practice and for whatever reason we had a lot of issues with that over the course of the season.”

Johnathan Lavallee started on the mound for the Brahmas. He went 6 ⅓ innings, allowing three runs on five hits with 11 strikeouts.

The Brahmas scored the first run of the game after back-to-back doubles from Diego Harris and Sean Moller.

Moller said it felt good to hit an opposite field double in that at bat.

“I had two strikes in that at bat, and he threw a fastball about thigh high over the outer half of the plate and I just threw my hands at it,” Moller said. “It’s what we’ve been working on this week and I ended up getting a double out of it.”

The big hit of the game came from shortstop Christian Garcia, who tied the game at three in the seventh inning.

In the ninth inning, a balk from pitcher Barrett Vonderau brought in the go-ahead run to give Mission a 4-3 lead. They ended up adding on one more run before the inning ended.

In the bottom of the ninth, the Brahmas put the tying runs in scoring position with two outs but failed to bring them home.

Lavallee believes that the outcome of the game was due to a common pattern that the team has been facing.

“I don’t like it but we have an identity of getting up early in the game, score a couple runs but once they come back, it’s like they shot us in the heart,” Lavallee said. “When someone doesn’t execute right it seems like it affects the whole team and we have to learn to not let that affect us as all.”

The Brahmas’ record dropped to 4-8, including 0-1 in conference.

Their next game comes on the road against Los Angeles Valley College on Feb. 28 at 2 p.m.