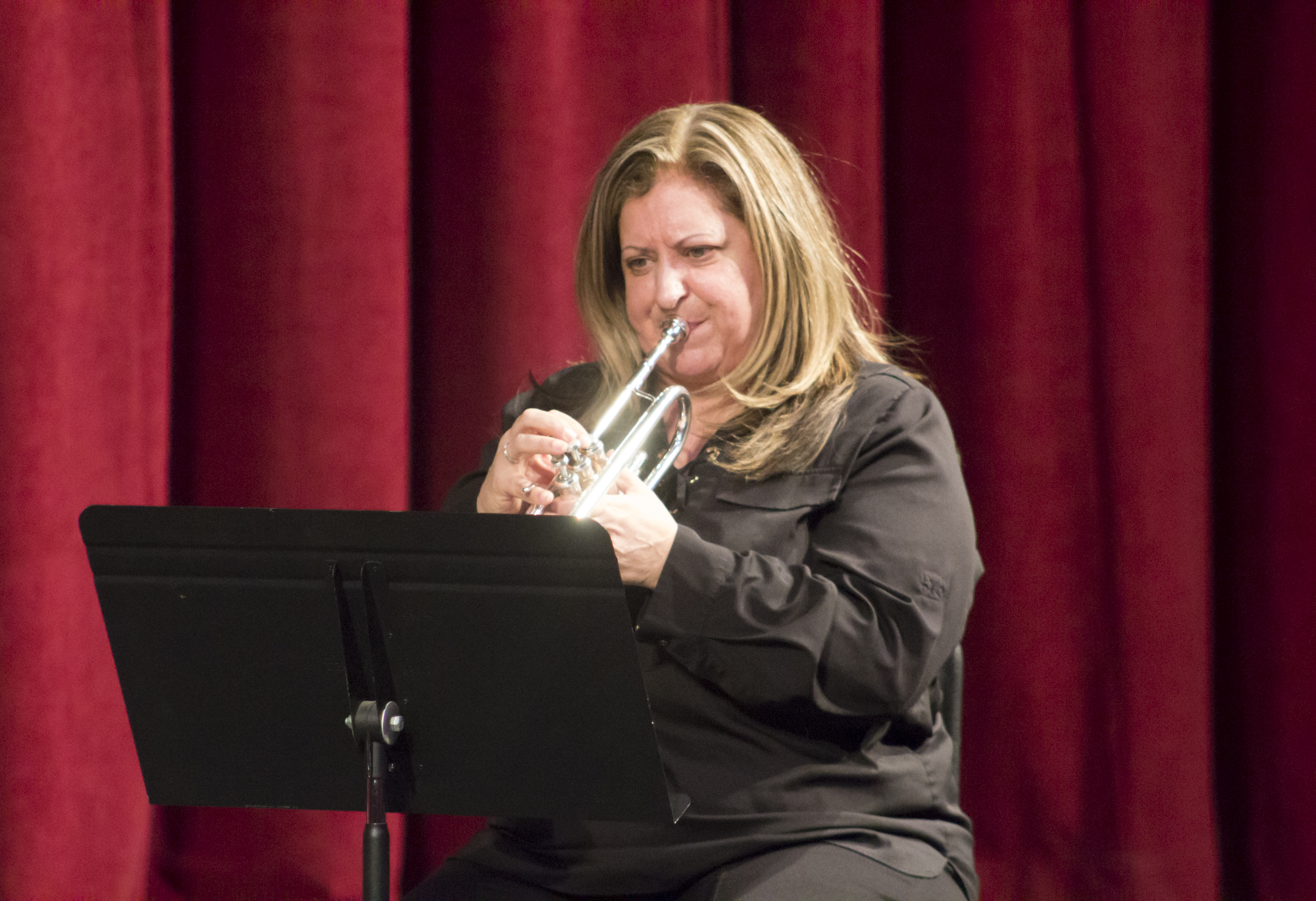 The doors opened at 12:45 on Thursday Feb. 21 for a performance by the Forte Brass Quintet, in Pierce College’s Performing Arts Center. They played instruments such as the trumpet, french horn, the tuba and the trombone.

Genres were played from classical music by Mozart, to the Mario Bros. theme song, to a hit rock song by the band Kansas. They also gave a history of each genre they performed, giving the audience a feel for what to expect.

Stephanie Walters, an undecided major, said that her favorite part of the performance was how they incorporated classical instruments into more modern music.

“I really liked when they started to get to the popular music, because I think I have heard brass, and those types of instruments playing classical and renaissance music,” Walters said. “But I thought it was fun to hear the more modern music with those instruments.”

Walters believes that performances likes this are need to have a background in music.

“Of course, I think they are amazing. I appreciate everyone who made the effort to make it happen.” said Walters. “I think it’s really important to have the students see live performances and also just be aware of all the music, and music history. “

Barbara Laronga, a Forte Brass Quintet player, believes that events like this are beneficial for students.

“ I think that a lot of students benefit from seeing instruments that they might have not ever seen perform live before,” Laronga said. “I also think that learning about different genres, like we did a walk through different genres all the way up to pop music and video game music is important to so they can see the history of it.”

Laronga also mention to the audience that she first fell in love with the trumpet when she was in elementary school and they demoed instruments for her class.

Laronga hopes that students leave with a positive mindset when they see her group perform.

“I hope they have more enjoyment of music and maybe it will inspire them to see some more live music, or maybe inspire some of them to pick up an instrument themselves instead start,” Laronga said.

Gabriella Sherman, a business major, believes that watching performances such as the Forte Brass Quintet opens up students to learning more.

“I am a business major but it’s still really cool to see things that are important in other peoples majors because then you become a well rounded person,” said Sherman.

There are free concerts at the Performing arts Building mainstage, which are open to the public. The next concert will be a Feb. 28 performance by Dramane Kone- African Rhythms.