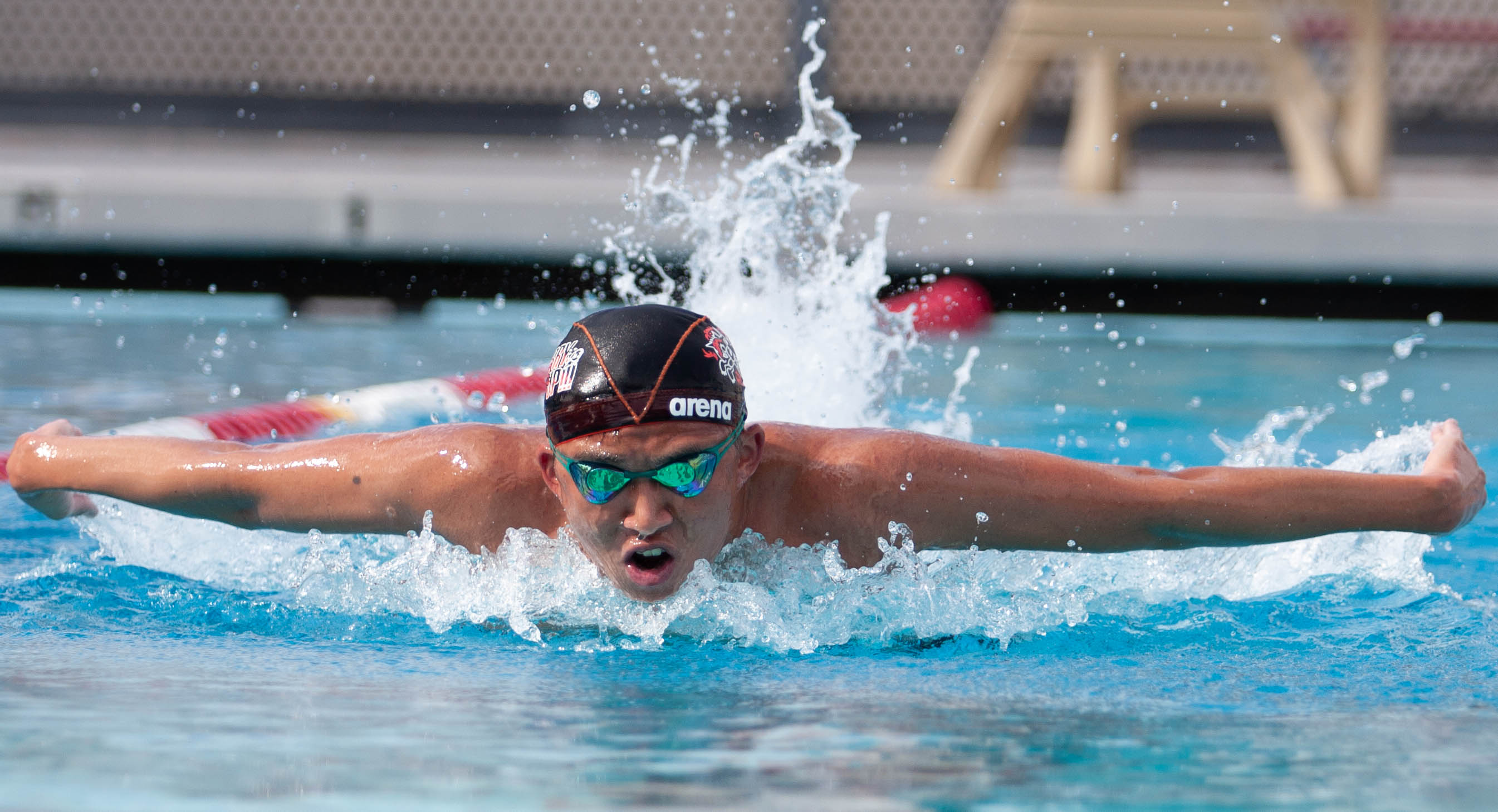 For Juo Sato, 2019 is an important year; He will be competing on the swim team, and he’ll be getting his first pilots license.

But Sato’s journey wasn’t an easy one. Born and raised in Japan, Sato came to United States alone a few years ago .

He signed up to join Pierce’s swim team two years ago. However, during his first year he was only enrolled in one ESL class, making him ineligible to compete at swim meets.

The following year, he enrolled in more courses and met the academic requirements to compete. However, another setback occurred when a doctor told him that he might have a medical condition.

“[My] doctor told me that I might have a heart issue. Because of that, I couldn’t swim the second year,” Sato said.

Despite not being eligible to compete, Sato continued to show up to practices and train with the team.

“He’s an incredible workhorse,”  Assistant Coach Mircea Pitariu said. “He doesn’t just talk the talk, he walks the walk too.”

Sato eventually consulted a different doctor for a second opinion, and was told that there was nothing wrong with his heart. As a result, he was finally cleared to compete in swim meets.

“This year is my third year [at Pierce] and finally I can swim,”  Sato said.

Both Sato and his teammates are excited for him to compete this semester. During a practice competition, they broke the Pierce record for fastest 4×200 freestyle relay.

“We broke it by  .42 seconds,” Sato said. “I’m excited to break more records with my teammates.”

Teammate Jake Jepson is glad that Sato will be competing with them this year.

“He’s does the 400 individual medley for us, which is an incredibly hard race,” Jepson said. “He’s a key part of all our relays. He’s our jack of all trades and master of all.”

“He’s a really versatile swimmer which helps us out a lot,” Pitariu said. “For sure he’ll make state for relay.”

Sato said that he is also trying to make state in the 200 and 400 individual medley.

But Sato is much more than a swimmer. He’s pursuing a degree in Kinesiology.

Outside of the classroom, he works five days a week as a restaurant server. Also he is training to be a commercial pilot.

“I go to flight school on the weekends,” Sato said. “I want to be a pilot.”

Sato has been taking flight lessons for over a year now. He currently trains at Van Nuys Airport, and is able to fly solo.

“I’m flying [the plane] by myself now,” Sato said. “I have to take one more exam to get a license.”

There are five different types of pilot licenses, and Sato is currently working towards his first, which would allow him to fly single-engine planes. He hopes to someday obtain a license as an instructor, and then work his way up to being a commercial pilot for airliners.

Sato’s desire to become a pilot was partially motivated by his drive to always push himself.

Sato acknowledged that his busy life can seem overbearing at times, but that doesn’t deter him from changing his lifestyle.

“It’s hard, but I believe that it’s worth it,” Sato said.

Although Sato is training to become a pilot, he still intends to pursue his passion for swimming.

“Wherever I transfer, if that university has a swim team, probably I will try to join,” Sato said.