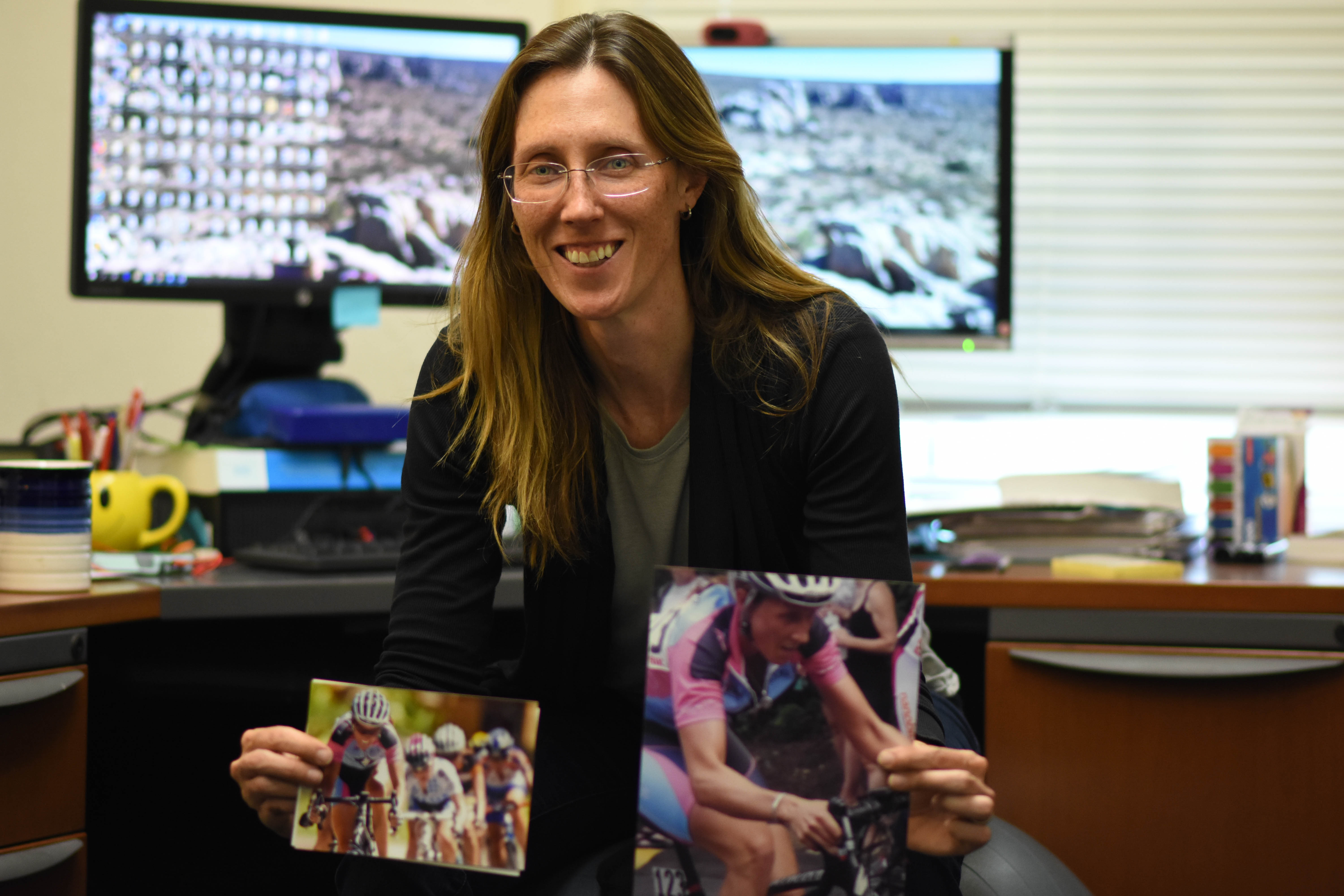 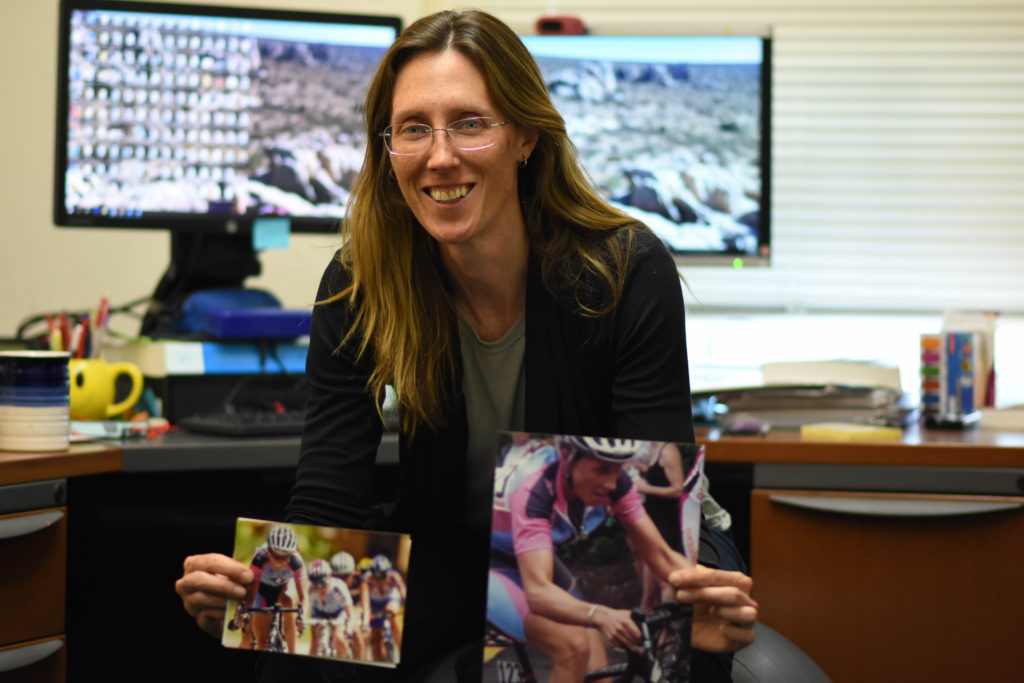 Cold weather may not be ideal for bike racing, but it can provide time to slow down and think.

Cara Gillis did plenty of thinking in her snowy hometown of Fredericton, New Brunswick, and realized that not only did she enjoy deep thought, but she appreciated that a warmer climate would allow her to continue competitive cycling.

The bike has been put away since 2012 after a race across the country and having a child, but Gillis keeps exercising her mind as the chair of Philosophy department at Pierce College.

“I’m from a small town in the northeast of Canada,” Gillis said. “You walk everywhere, or ski in the winter everywhere. It’s just a much slower pace of life, compared to Los Angeles. I’m sure there are a lot of places in America that are more small town.”

Before she studied philosophy, Gillis was a biology major in Canada, where the collegiate program at universities is a little different.

“There’s not the same GE [general education] thing that happens,” Gillis said. “I was a biology major and in my first year I had one elective, otherwise they were all biology classes, so I took philosophy.”

Gillis found an internal connection to philosophy, although there were also some interesting classroom activities according to her.

“The professor was juggling at breaks and brought his dog to class,” Gillis said. “But then the way you question things in Philosophy just clicked in my brain.  I would take exams and I would read the question and I would start thinking, ‘Why would they ask the question this way?’ instead of just trying to write down the answer to a question. So when I saw philosophy in this elective that I just happened to take, I realized that this was how my brain works.”

Gillis felt that her parents would not approve of her changing majors as they were adept in the sciences.

“I switched my major but I didn’t tell my parents for a long time, they weren’t going to be happy,” Gillis said. “They were both science people, and they were kind of engineers. Math really wasn’t my forte, so they weren’t pressuring me down that road, but they really wanted me to do something science related.”

When she moved here in 2001, Gillis applied to California State University, Long Beach and continued to race while in school.

Gillis stopped racing after her pair race in the Race Across America in 2012 to have a child, but still wants to compete in future races.

Gillis describes how she became an instructor at Pierce.

“I was doing my Ph.D. and my funding was running out because I was racing bikes a lot,” Gillis said. “I saw that there was a job opening here and I applied and got it. I had my interview and as soon as I finished my interview I had to drive to a bike race.”

Evan Weissman who is currently taking his second class with Gillis, describes how she keeps her students engaged.

Philosophy Club President Harut Tatulyan describes has Gillis takes notice of what students tell her, and wants them to foster deeper thoughts by getting them to ask themselves questions.

“You could always look forward to whatever you talk about,” Tatulyan said.  “It’s not going to be one of those things where, you know a lot of professors sometimes you discuss things with them and they’ll just nod and just agree with what you’re saying but Cara wants to try to make you think ‘is this really how you should be thinking about something?  Is there more to this topic than your side of the story?’ So she is almost like this philosopher like Socrates who’s asking you, ‘Well what about this?’ She really fulfills that philosopher ideal.”

Tatulyan spoke about their future aspirations for transferring, and how professor Gillis was very active in advising them.  Tatulyan even went so far as to characterize Gillis as more of a life coach, always ready to discuss a wide range of topics beyond academic success.

“Yeah I don’t always talk with her about academics,” Tatulyan said.  “We talk about how to be successful in life, [and] I think as a philosophy major and a philosophy professor there’s a lot to discuss to that end.”

Professor Gillis is also the chairperson of the Ethics Committee on campus, and goes into detail about what it entails.

“Our function is to provide guidance to faculty about situations that might be tricky,” Gillis said.  “We have this thing called the faculty code of ethics that basically gives a lot of guidelines on how to navigate those trickier situations, and then when issues come up or there’s a question about what they should do we try and offer some clarification from the perspective of that code of ethics.”