The Los Angeles County Sheriff’s Department released a Clery report regarding a sexual assault that was reported to campus personnel on April 8, after a woman accepted a ride from a male suspect.

The victim was offered a ride on De Soto Avenue south of Victory Boulevard while she waited for a bus.

After the vehicle entered the Pierce College campus, the suspect refused to let the victim exit and assaulted her. She eventually vacated the vehicle and reported the assault.

The suspect was last seen in a ‘90s black, two-door sports car with a dark tint on all windows.

He was described as a green-eyed 30-40 year-old male, 5’9”, 200-220 lbs and last seen wearing a green shirt, black basketball shorts and a beige baseball cap with a red rectangle.

Contact Detective A. Hilzendeger from the Special Victims Bureau if you have any information: (562) 903-7516.

The information above comes from the Clery report. 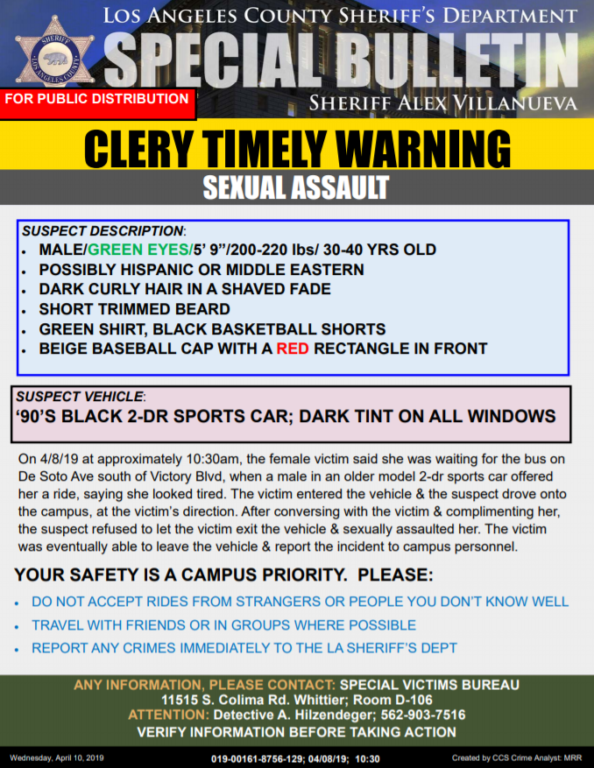