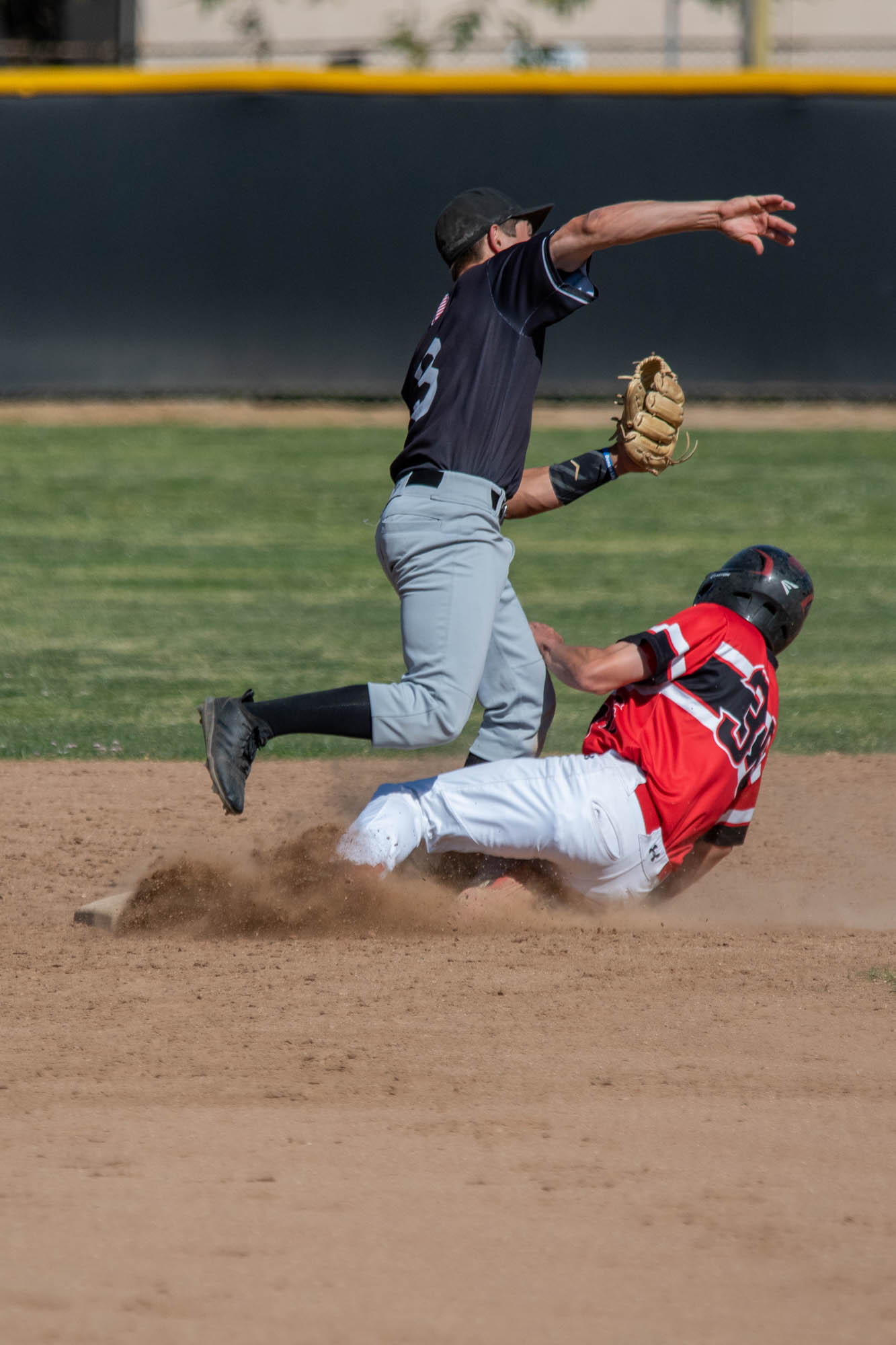 The Brahmas were once again led by a strong pitching performance, but the offense faced a dominant starter and a questionable call as they lost to Long Beach City College on Monday, April 15, at Joe Kelly Field.

Making his first start on the mound, Michael Roth pitched eight innings and allowed three runs on five hits, but only one was an earned run.

“I was a little nervous coming into it,” Roth said. “I’ve been here before but I was really feeling it in my warmups and I just rolled with it.”

“For him to do that takes a whole lot of stress off me because I was really worried about if we were going to have enough innings to go this week,” Picketts said. “So that was huge. Regardless of if we won or lost, that was probably the most important part of this week.”

Unfortunately for Roth, he took the loss as those three runs were all Long Beach needed in their 4-1 victory.

Long Beach starting pitcher Matt Stearns took a no-hitter into the eighth inning and only allowed one unearned run.

The run came in the seventh inning when Hakeem Yatim reached second base on an error, which was re-scored as a double the following day, and Zach Kaminkow later grounded out to drive Yatim in.

The no-hitter was broken up in the eighth inning by pinch-hitter Nolan Bodeau as he hit a single into right field.

“I just came in off the bench, I didn’t really know how this guy threw and he spotted me up pretty good,” Bodeau said. “I got to a deep count and he threw me a really good slider on the outer half and I poked my bat at it and got a hit.”

Following that single, the key moment of the game came when Bodeau slid into second base as Long Beach tried to turn a double play on a ball hit from Johnathan Lavallee.

Lavallee beat the throw to first base but was called out when the umpire said Bodeau interfered with the second baseman.

“It’s gotta be pretty blatant. They’re trying to protect the second baseman, which is great, but the rule states that if you slide in, you can pop up and you can even go past the bag,” Picketts said. “[The second baseman] didn’t do his job to get out of the way.”

Following the double play, Brent Swearingen, now up with two outs, hit a triple that would have put the Brahmas within one run and the tying run on third base. The next hitter, Dirk Ryan, then flew out, which would have tied the game.

Instead, the Brahmas ended the inning with no runs and the offense was unable to start a rally in the ninth inning.

“Unfortunately, it went against us,” Picketts said. “Those are two runs that we probably score right there and we’re tied up and I’m probably putting in Lavallee at that point in time because it’s his pen day, and who knows, it could be a totally different outcome.”

With the loss, the Brahmas’ record dropped to 9-21.

They will continue their busy schedule as they travel to Riverside College on Thursday, April 18, before coming back home to host Moorpark College the following day.