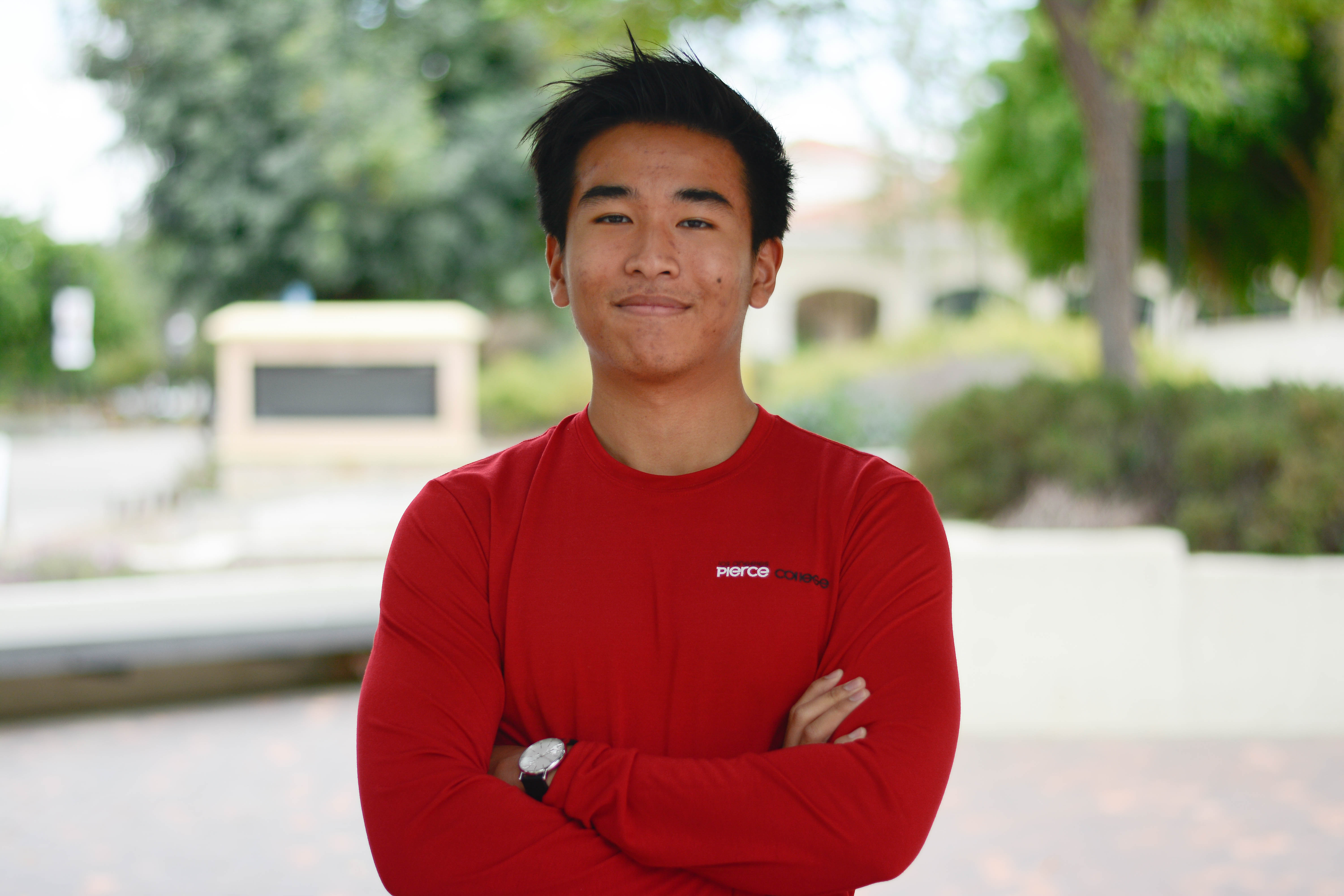 When thinking about being treasurer a business mindset is what usually comes to mind, not psychology. Brandon Le however, brings a new twist by incorporating it to pursue a role as the next ASO treasurer.

“It’s kind of weird for a psychology major to become a treasurer, but there is psychology in all sorts of things in terms of finance. I kind of like to see it as business psychology,” Le said.

Le, who is currently an ASO Senator, is running for treasurer, which he believes is the best position in which he can use his skills to help others.

“I joined ASO early on cause I kind of want to get the ball rolling on helping the community, which is something I lacked entirely when I was in high school,” Le said. “I mean I’m probably in the best position where I’ll be able to help fund events that on campus that can help benefit students as a whole.”

This drive to help stems from a mentality that Le has adopted.

“I think time is all relative, so that’s why I want to take the time to stay in school and then end up helping people out in the future,” Le said. “There’s only so much you can do in your life, and why not just use it to help others.”

Prior to setting his sights on becoming a psychology major, Le believes that joining ASO as a senator has really opened the doors for his career choice.

“At first I was a computer science major, but I only chose it because it meant my entire life I would just revolved around computers, but that’s just more of like a blanket statement,” Le said. “I just didn’t know what the heck I was doing but then ever since I joined ASO it really has made me realize there is so much you can do as a leader. Like whether it’s in the medical field or becoming a CEO of a company, it really helps you develop those leadership skills. It really has given me some confidence to do the things that I never thought about doing like becoming a doctor in the future.”

Le describes how he first got involved with ASO finances by working with the Current treasurer.

“I was getting more exposure in the finance meetings and how Marek, the treasurer was handling them,” Le said. “I kind of got this little interest from the beginning because I was like, ‘Why not? It’s just finance, I’m not good with numbers but I’ll see how it goes.’ And so, I was shadowing Marek.”

ASO President Isha Pasricha thinks Le has been a great addition to the committee and has helped her a lot through the semester.

“Brandon has been like a rock to me,” Pasricha said. “When I was absent and when I couldn’t attend certain meeting, Brandon was that reliable person in the Senate whom you can trust to go and replace you in the meetings to give the report and he would do it confidently. he was always there to give the report and he did an excellent job at it. He was always been a very reliable person.”

With this being Pasricha’s last semester, she believes that ASO would be in good hands after she leaves if Le becomes treasurer.

“I knew that after I transfer I do want Brandon to be on the board for how determined he is, how good work ethics he has and I’m not sugar coating it,” Pasricha said. “he is like that one shining star I was looking for honestly I really commend his hard work.”

ASO Treasurer Marek Jansin describes how he and Le have been working together to fulfill the financial needs of students on campus.

“In the finance meeting when we have a request and it would otherwise be denied,” Jansin said. “But Brandon and I kind of sit there and try to pick it apart and see how we can modify it in order that it meets both our requirements of what we can fund and maintain that person’s vision. Sometimes we have to great creative to meet those requirements for that event.”

Jansin who has been working with Le and believes that he is well suited to take up his position.

“I think he’s the best thing we have going for the financial side of ASO,” Jansin said. “I think he’ll be the best fit and I would not even think of recommending anybody else simply because he has done the hard work of learning and I’m very proud of what he’s accomplished and the amount of knowledge he’s gained. I think it’s literally the best thing that can happen is for him to take over my seat.”