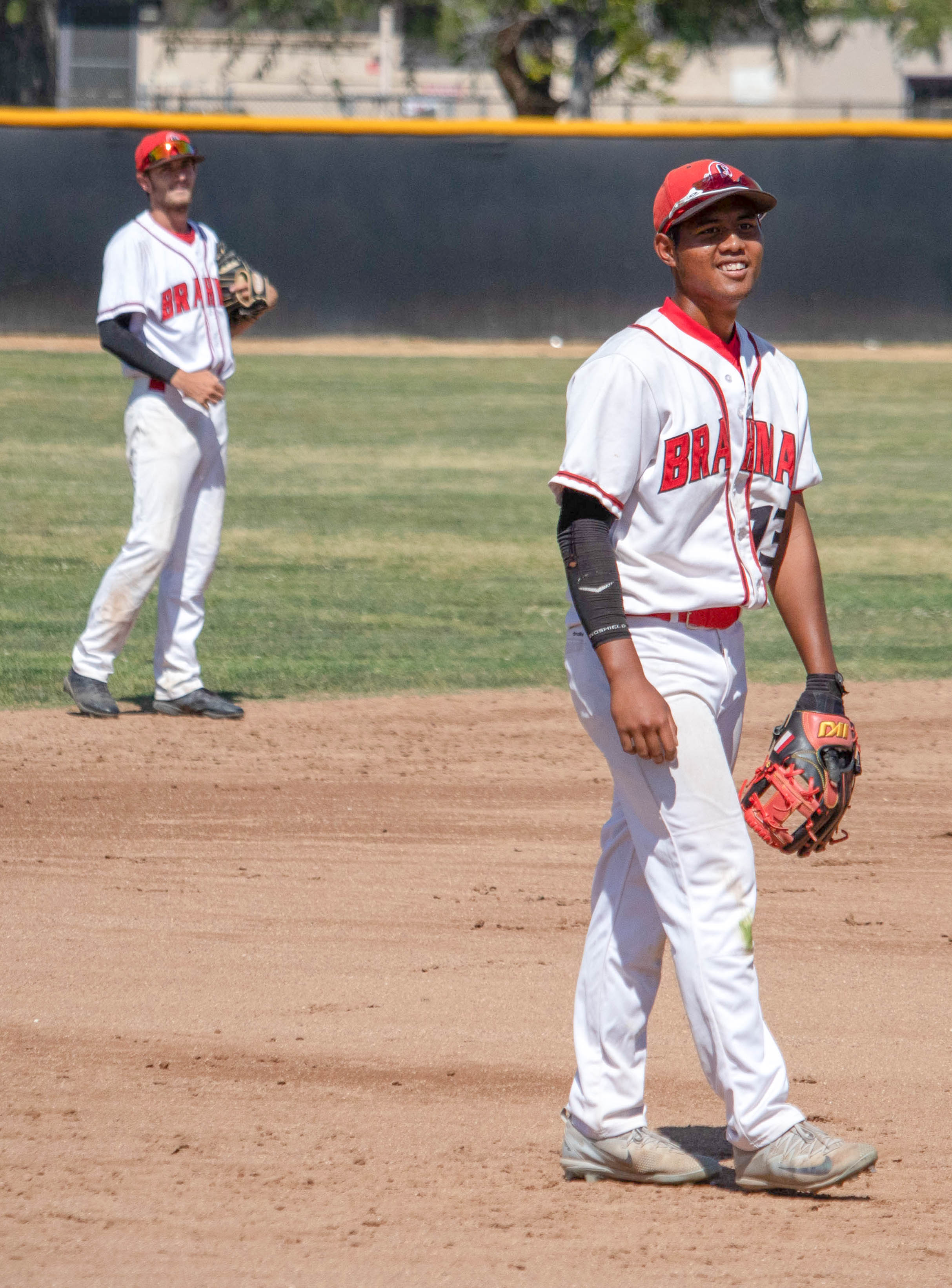 Copy and Photos by Blake Williams

Everything was clicking for the Brahmas as they picked up their final victory of the season, on April 25, in a blowout against West LA College.

Johnathan Lavallee pitched seven innings and allowed one run on five hits. He also went 2-3 at the plate with a grand slam.

Brent Swearingen made a big contribution to the offense as he hit a three-RBI triple and scored two runs.

Following Lavallee, relievers Barrett Vonderau and Jonathan Kennedy combined to pitch two innings, while allowing only one hit, to close out the game.