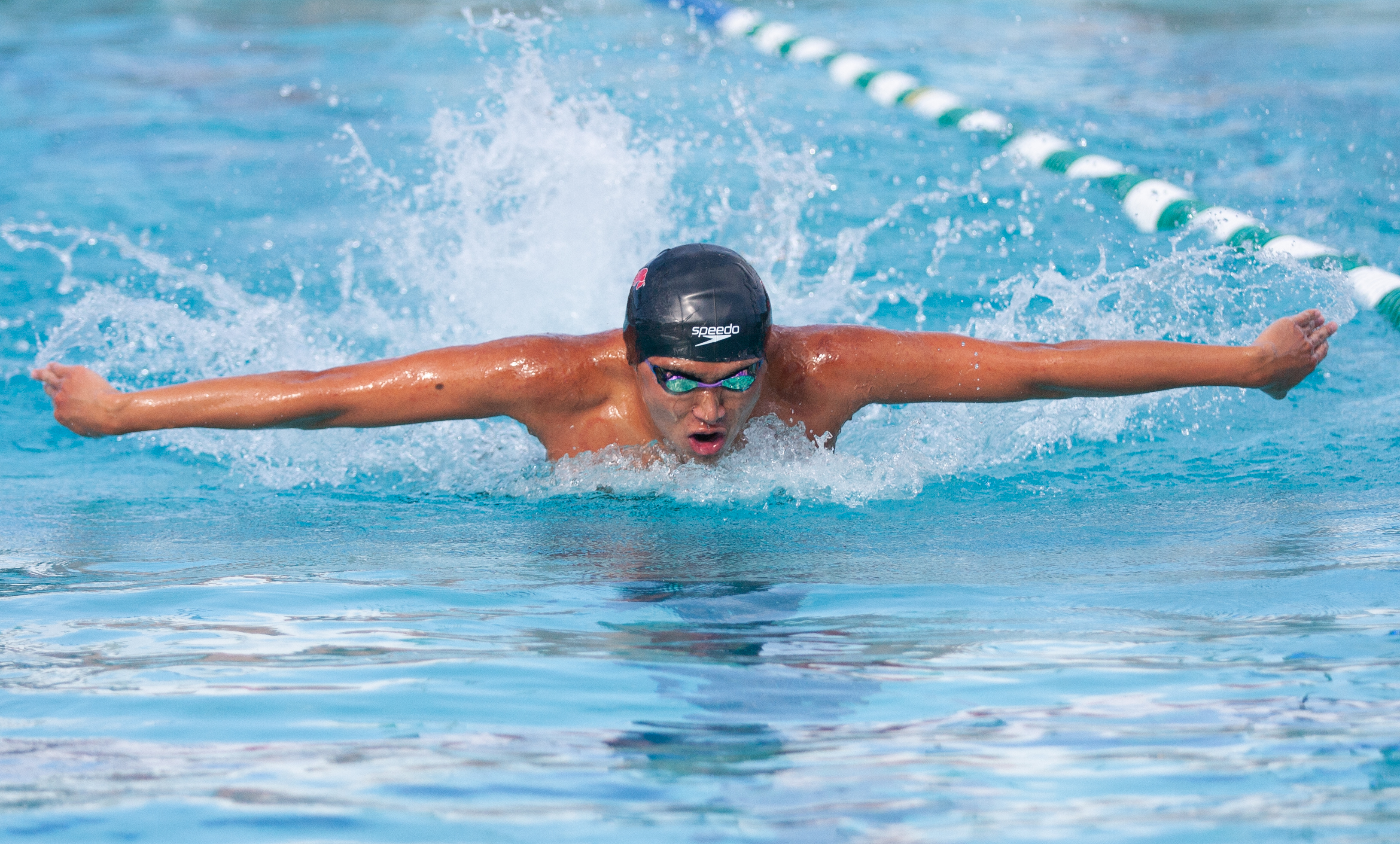 One of the best swim teams in Pierce history, saw five competitors place at the State Championships, while the team finished 14th overall with 92 points.

Head Coach Judi Terhar said her goal in the beginning of the season was at least some of the athletes make it to the State Championships.

“We broke school records and this is the fastest team we had in the history of our school,” Terhar said.

Sierra College finished first with 528 points in the men’s standings, while Orange Coast  won the women’s competition with 553.

In the relays, the team broke the 200 and 400-yard freestyle record, and in the 800-yard butterfly for a total of seven school records.

Marshall also finished first overall in the 100-yard  butterfly with a time of 49.40.

“I worked fast enough to still get my hand first on that wall,” Marshall said.

Jepson said it was a great experience to swim with all the members especially Marshall.

“Mario is our top guy of the team,” Jepson said. “He helped us break numerous records in the relay team and without him we wouldn’t have broke those records.”

Feldman said he feels happy about competing at the state championships.

“Conference was supposed to be our last swim,”  Feldman said. “Since we made it to state we had a second chance to go faster and I felt like we did.”

Terhar said it’s been miraculous that the Pierce swim team finished so high out of 108 community colleges competing.

“That’s unheard of and we had five guys go and we finished 14th,” Terhar said. “If you look at the schools we beat you would be shocked.”

Marshall said  this team collaborated when they needed to the most.

“You can’t ask for anything better than that,”  Marshall said. “We all came together to place that high.”

Marshall said if the team had more players, they would have won the state championship.

“If we had eight, ten, or 12 guys, we would have probably taken state,”  Marshall said.

Marshall said he prepared for the event by prioritizing his time.

Marshall said he feels very accomplished after competing at state.

“I came to do what I came to do,” said Marshall “My goal was to finish some unfinished business from seventeen years ago.”

During the offseason, Marshall plans to swim in masters and see if any schools recruit him.

“Just because the season is over doesn’t mean it’s over,” Marshall said. “You keep going to see how far you can go.”