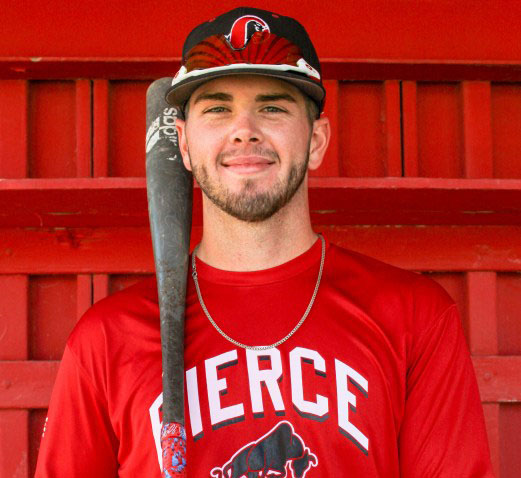 The Los Angeles Dodgers have selected former Brahmas’ infielder Brandon Lewis in the fourth round, 131 overall, of the 2019 Major League Baseball draft.

Dodgers grab another college hitter here at 131, with Brandon Lewis. Likely a first baseman moving forward, but he can absolutely rake. pic.twitter.com/w9nnMPUPtV

Lewis attended Pierce from 2017 to 2018 and was a two-time all-conference player.

After leaving Pierce, he transferred to the University of California, Irvine.

Lewis has signed a contract with the Dodgers for $372,500, according to Jonathan Mayo of MLB.com.

Since teams have a set value available to sign their drafted players, it is common for them to try and sign college draftees below their slot value. It allows them to use the savings to try and sign players who were thinking of going to college instead.

The Dodgers had just over $8 million available to sign their draft picks.