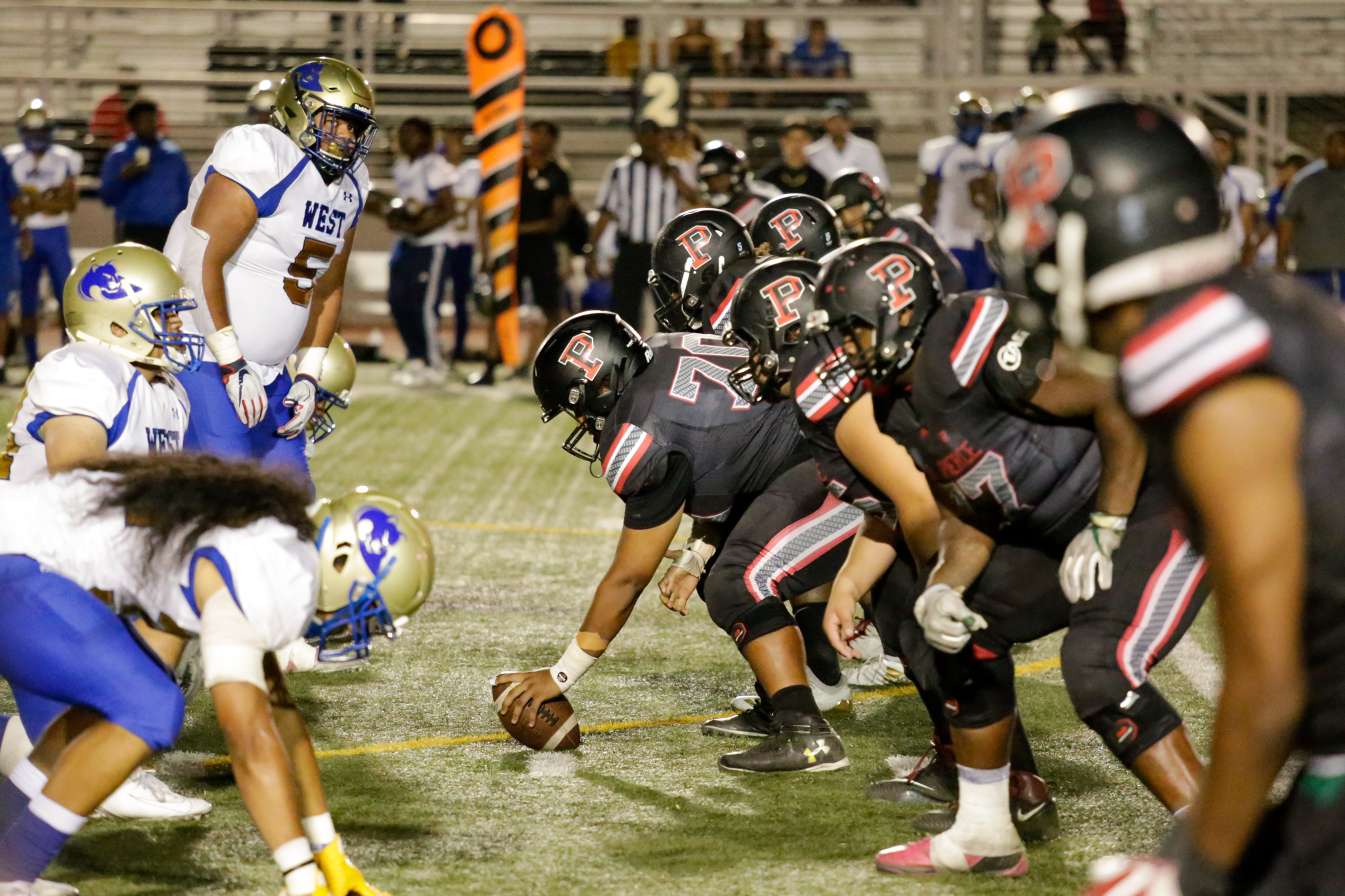 Turnovers and struggles tackling were apparent as the Brahmas lost their home opener on Saturday, Sept. 14 to West LA College.

The Wildcats flipped the score on the Brahmas, winning 62-26.

“Our guys have a lot of room to grow as young men. Focus, effort, discipline, respect throughout the week,” Flannery said. “We got all the potential in the world if we can tighten this up. But if they come back with the same attitude, focus, same work ethic, same attendance, if it’s that same old song, yeah, I wouldn’t be shocked if this turns ugly.”

The game didn’t start well for the Brahmas. A fumble that was recovered by the Wildcats led to Justice Powers scoring first.

Pierce responded immediately through Brandon Brock, who scored two touchdowns against the Wildcats.

“I Tried to do what I have to do to make my team win,” Brock said. “You won’t see this again. This is our worst game, but we will bounce back.”

It turned into a back-and-forth between the teams before West LA took a 24-14 lead heading into the second quarter.

“We played well in the first, but at the end of the day you got to play well in all four quarters. I mean we gave up a lot of big plays in the first quarter,” Head Coach Carlos Woods said. “We didn’t execute, and the better team won. It wasn’t up to our standards and you can see the end result.”

In the second quarter it all went downhill for the Brahmas. Keeshawn Johnson scored in the opening minutes, followed by a long run from quarterback Austin Amor.

Devean Randall would score the next two TD’s to add more insult to injury, giving West LA a 52-14 lead at half time.

The Brahmas started the second half scoring through David McCullum, but Darrian Boyd respond with a touchdown of his own.

Brahmas’ wide receiver Lord Jones went on to score his third touchdown of the season, making the score 59-26.

“I felt pretty good. Came out second half but it felt good, but its regular, I do this all the time,” Jones said. “That was our worst play, we are way better than that. I don’t know what happened today but I guess everyone came out sluggish.”

A field goal extended the Wildcats’ lead to 36 points.

Woods talked about what he’d like to see from the team in their next game.

“Just starting fast, making sure we start with a lot of energy and cut down on the penalty. Way too many penalties, we got to play much more disciplined football,” Woods said.

Flannery said he hopes this was a wakeup call to the team.

“I hope this opens up their eyes to being humble and they see that their way doesn’t work,” Flannery said. “As Soon as we can address the problem as individuals, and as a team, then come together and build on that, I think will be alright. We have so much talent. That’s the big piece where I am shocked.”

Flannery said that they must be disciplined and focused because talent isn’t enough in football.