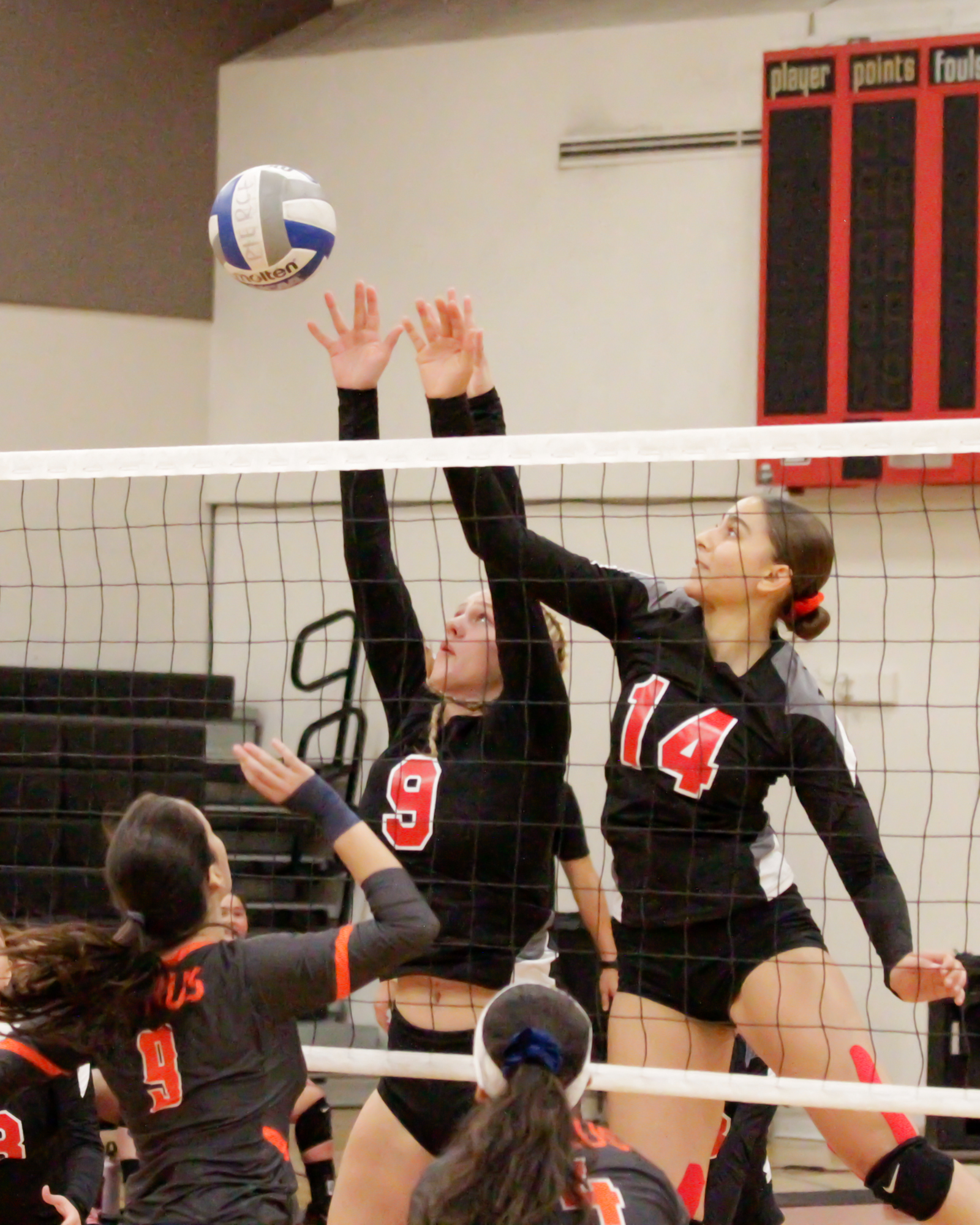 Davina Meza, team captain and setter, admitted the team felt nervous because it was their first home game and a lot of the team are freshmen.

“I think we could have done better. We got a lot in our heads, but I think we still brought some energy, so that was good,” Meza said.

Carrie Wright, assistant coach, believed their nerves got in the way of their performance and is hopeful for future games.

“They performed a lot calmer and more confidently on Wednesday, but we had some really nice moments of greatness,” Wright said. “We had some really good serves, some great hits and some nice blocks. So I was proud of parts of their performance and know we can do better.”

“Hopefully we can clean up our serving and work on our rotation so we don’t get called off for irrelevant points,” Eaves said.

Meza believes miscommunication affected their game and working on it could fix future problems.

“It’s easy to talk to each other on the court, so we just need to do a lot more of that in practice as well,” Meza said. “We’re just going to push harder and practice every day and then our performance will show in the next game.”

“They did well and their defenses really well. They were always on the move and that’s really good,” Meza said.

Eaves also talked about playing against the Owls and their performance.

“I think towards the end of it we started to come back together and I think Citrus was a really good school, a tough competition, but I think we pulled through and we’re getting better, still figuring out our adjustments,” Eaves said. “But I’m really happy to be on this team and we have a lot of spirit and it was pretty good.”

Despite the loss, the players and the coaches are confident the team will improve their performance.

“I’m excited,” Wright said. “I think we’re going to do a lot better because the team is very strong and the girls are really positive. What we did on Wednesday was amazing, and I know it’s in there. So we just have to iron out the wrinkles and then we’ll be good too.”

Spirits remained high even after the Brahmas their first loss.

“I’m so hyped for the next game,” Eaves said. “We have so much energy and love on this team. Now that we got the first home game out of the way, we’re just gonna kick ass this season and I’m so, so excited.”

Women’s volleyball dropped to 1-1 on the season and will look to bounce back on the road against Cuesta on Sept. 25. The game is scheduled to start at 6 p.m.