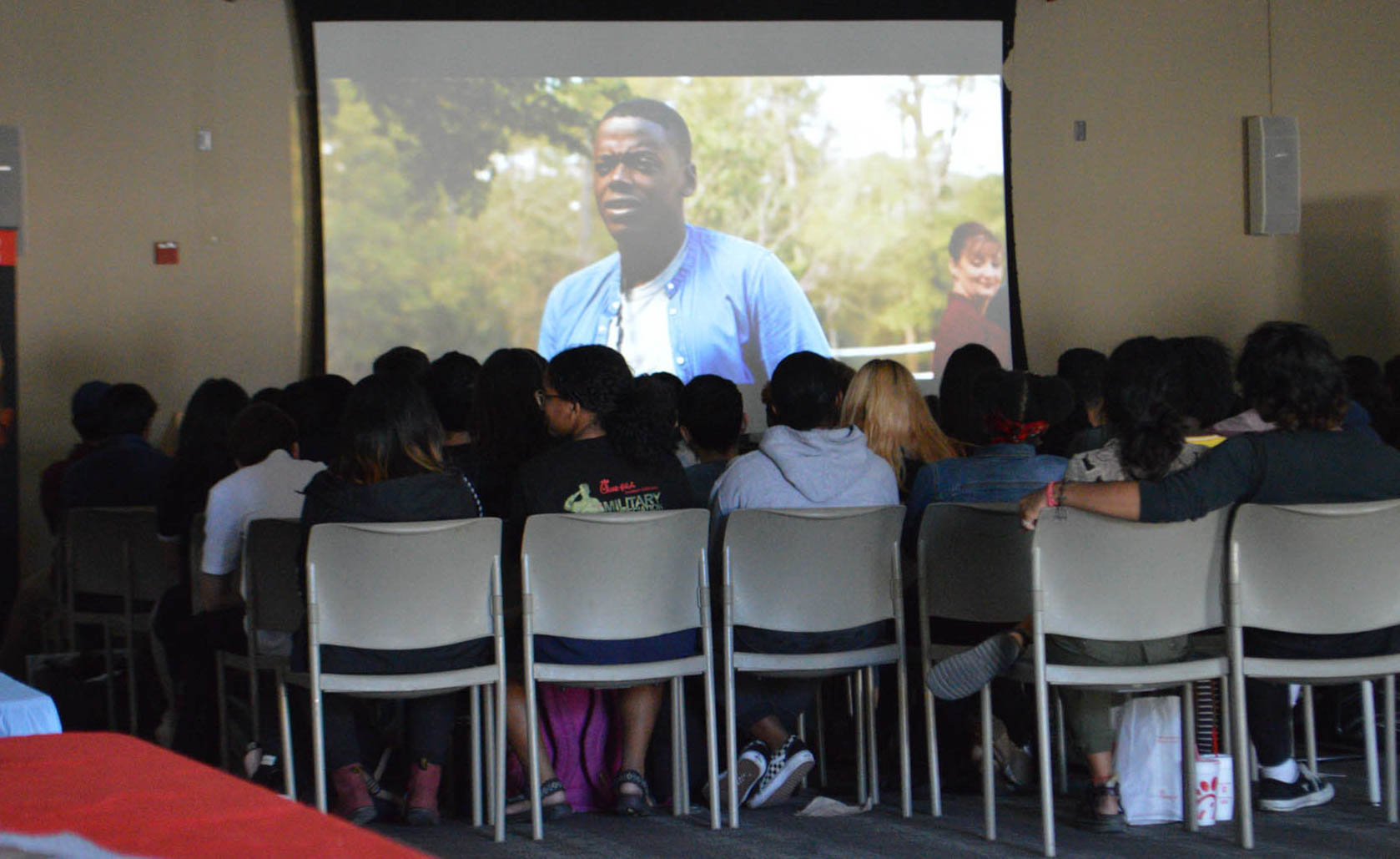 Pierce College’s Film Club has returned in time for spooky season with a screening of Jordan Peele’s “Get Out,” as part of their newest film series, The New Face of Horror.

Students were invited to stay for the Q&A discussion panel that followed the screening of the movie.

Film Club Secretary Bryan Andrade hopes the film series will allow students to relate with the films on a personal level. He said he wants the students to have the opportunity to express themselves.

“We want to hear people. We want to give them the opportunity to talk about how film has impacted them emotionally or for whatever reason. There is no judgment here,” Andrade said.

The theme of horror was chosen because of the potential it carried to start a conversation. Film Club Vice-President Monique Jones said the chosen film was more than just a scary movie.

“It took the genre of horror and flipped it into something that everybody could relate to rather than something that people can just be afraid of,” Jones said.

Film Club President Jordan Hunter said the club chose Get Out because of the relevant topics the film touches, such as racism.

Hunter said the topics allowed for students to share their opinions which can lead to a mutual understanding between each other.

“People have very strong opinions about it and those strong opinions do help put more topics onto the table for people to understand each other, help each other out and bring us together the community,” Hunter said.

The panel was made up of four participants. On the panel was Vice President Monique Jones, Elizabeth Escobar, Sociology professor James McKeever, and Journalism professor Jeff Favre.

The discussion was opened to the audience who remained for final insight. There was no limit to the topics that were touched on.

Andrade said Mckeever was an example of what they hope to accomplish with the film series.

“We’ve had Professor McKeever talk about stuff that he personally was affected with this film and stuff that he’s gone through and that’s what we want to hear,” Andrade said.

The next film screening for The New Face of Horror series will be M. Night Shyamalan’s Split.

Hunter said the film will allow for conversations about mental health.

“We’re going to be talking about mental health in this movie, which is another broad subject that we need to talk about in modern society,” Hunter said.