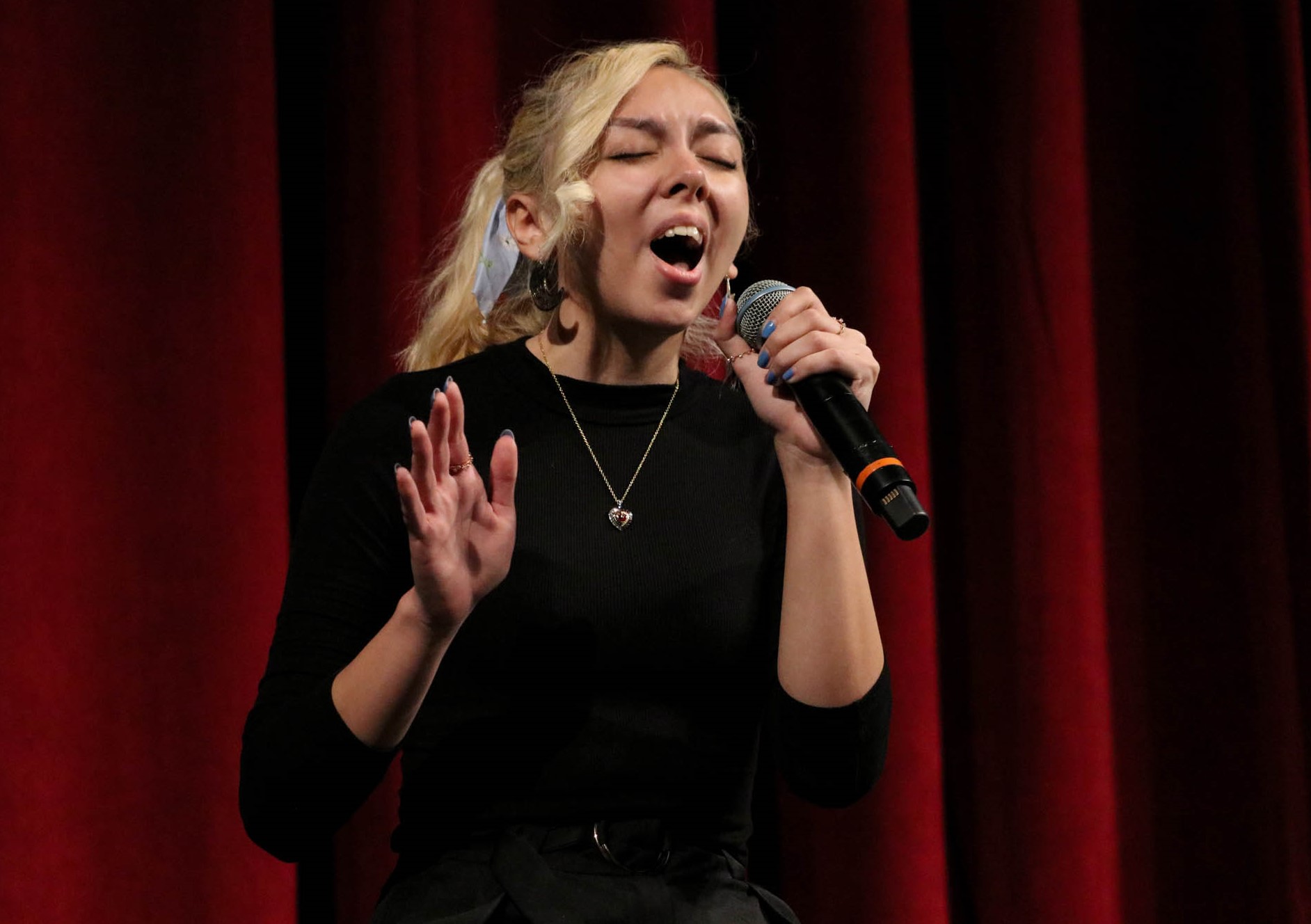 Students showed off their talents by performing a string of compositions as part of the first Student Recital of the semester.

The concert on Oct. 10 was part of the performance workshop class taught by Dr. Sam Grodin. Professor Garineh Avakian was also instrumental in the organization of this event.

“It’s one of the most popular classes we have on campus in the music area,” Avakian said, “If you are an instrumentalist or vocalist that would like to perform, this is the class to take.”

And the string of talent was showcased as these student musicians performed a variety of compositions, both original and cover versions. Genres presented included Classical, Rock, Broadway, Jazz and even Flamenco.

Rolando Corona, a music major student, attended the event and was amazed by the performance.

“Watching how they bring out everything, it’s nice to see what other people are bringing to Pierce College,” Corona said. “It makes me want to be more into music. It’s an inspiration for me.”

The show started with a dramatic rendition of “That Horrible Woman,” by Steven Lutvak. The piece was presented by the duet of Samantha Rosenberg and Hannah Comstock.

“The importance for musicians and performers is a lot of us know the technical aspect of musicianship, but performing is a whole other environment. It’s very important to perform and engage with an audience.” Comstock said.

The tempo was picked up as next to perform was Zachary Friday, who played a wild version of “Nowhere Man,” by the Beatles on his acoustic guitar.

“Its cool that we get an opportunity with this class to do our own thing and stretch a little bit, have more leg room so to speak.” Friday said.

Each performance had its own emotion to express. From the trio of Dr. Hyunju Hwang, Michaell Bustamante, and Maudi Cameron who took the audience on what felt like an adventure, to the finishing piece “Movin Wes, Pt. 2,” which featured fierce solos performed by every band member. The talents of these many students were put on display.

This class is a great way for students to perform in front of an audience. With the help of Avakian and Grodin, students can perform and collaborate with other musicians on campus.

Daniel Durant was able to perform an original titled “Haze” that he had been working on for some time now.

“It was good to finally get that out of my system and to give myself to an audience,” Durant said, “It’s a great opportunity to put yourself out there in a controlled environment.”

The Performing Arts Department is set to hold a second Student Recital on Nov. 14. Students are encouraged to attend the event, which will take place in MUS 3400.