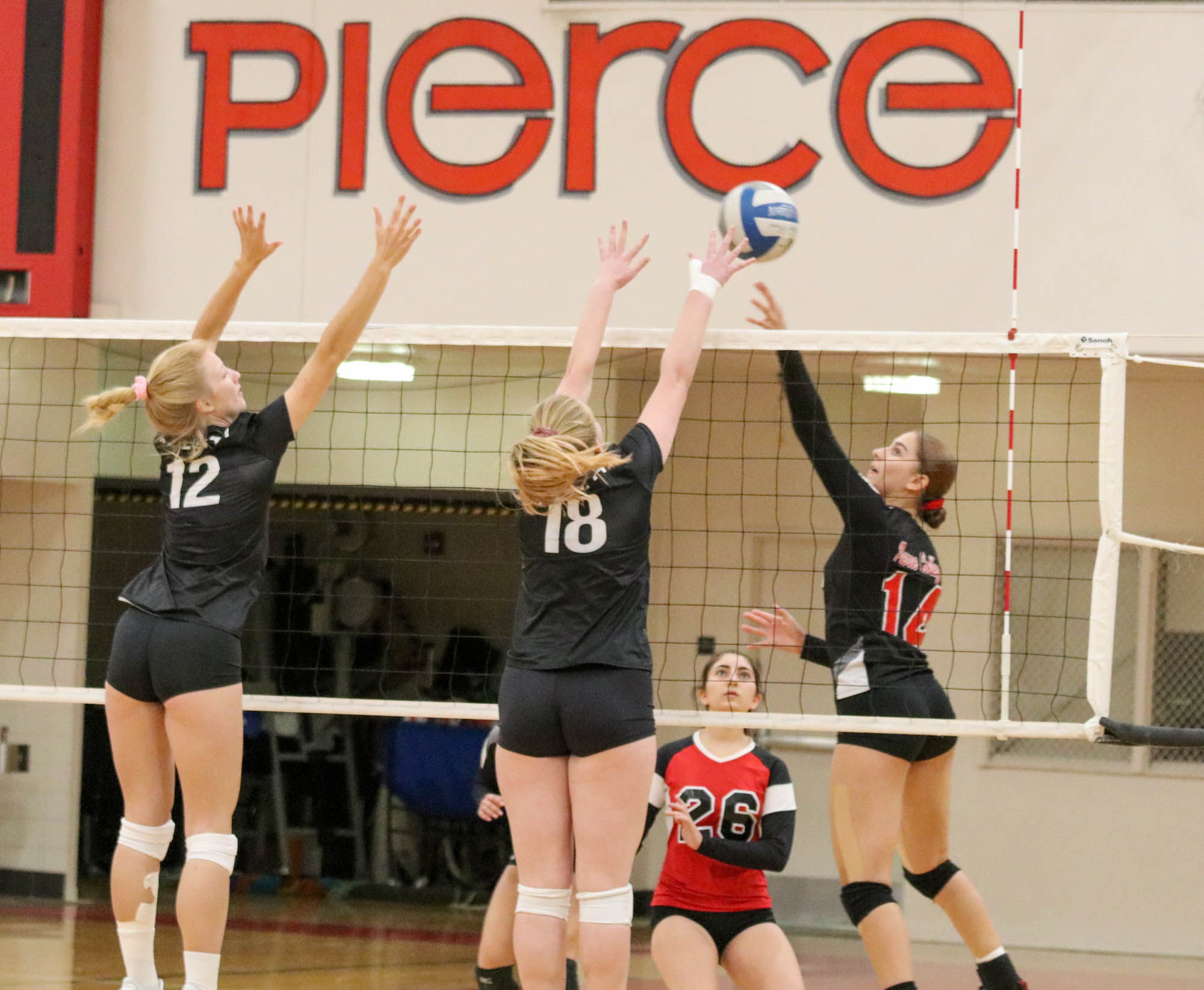 Volleyball showed resilience, but it wasn’t enough to overcome the Cuesta College Cougars in their conference game Friday.

“I wanted to make sure I supported the team, I try to make it out to as many athletic competitions as my schedule allows me to,” Montevirgen said. “I’m interested in these games because I supported my women’s volleyball team at my prior institution as well.”

Head coach Edison Zhou said the team did much better than the first time they played Cuesta.

“We are serving very well, hitting very well and we played amazing defense today,” Zhou said. “In the beginning of the season the players were here to just have fun but after about one month everyone is working like a team, they have the same goals and intentions.”

Assistant coach Carrie Wright said that even the Cuesta coach made a comment about the Brahmas improvement.

“We played way better, we are making so much progress and improvement, our defense was really good, our team morale was good, we were more diverse in the offense and blocking was better,” Wright said. “I know that we are working really hard to make progress and it’s making us happy to see it.”

Cuesta Cougars head coach Whitney Meyer said their team will be working on defense after this game.

“The Pierce team that we played tonight was a much improved team than last time we faced them,” Meyer said. “Their headers were great and they kept breaking up our block so were going to go back to the gym and figure out how to block the ball.”

The Cougars finished the game in the third set with a score of 25-19.

Cuesta’s libero Vanessa Knevelbaard said their team definitely got the majority of their points from their outside swings.

“A lot of us were sick tonight, so we didn’t play our best game, we didn’t come out super strong,” Knevelbaard said. “I feel like we were super slow but we pulled through in the end so that was good.”

“I think we played really well, we definitely stepped it up and even in the meeting we had right now we all said that we’ve been improving,” Ros said. “We lost to them in three sets also last time we played them, but even their coaches noticed that we played really well so we are all really proud.”

Ros hurt her ankle during practice a little over a week ago, this game was her first return to playing since her injury.

Ros said she’s not in too much pain considering that she got back to playing so quickly.

“I got cleared on wednesday and today they were supposed to see how I felt playing, I feel pretty good about how I’m playing while being injured,” Ros said.

The Brahmas drop to 1-7 on the season. They will be playing Moorpark College on Wednesday, Oct. 23  at Moorpark. Game starts at 6 p.m.