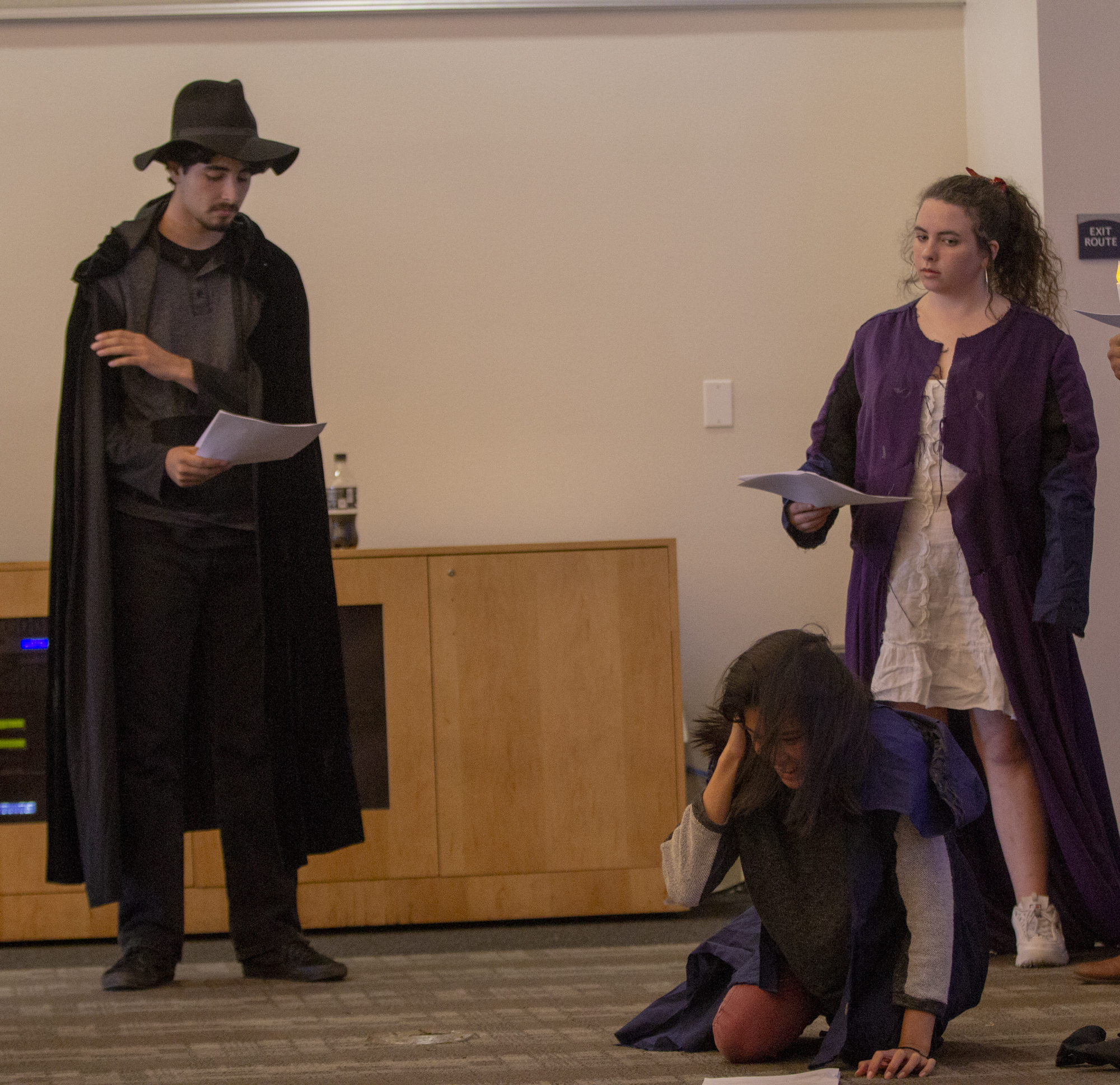 During the Halloween season, images of black hats, cauldrons and broomsticks fill retail stores and decorate homes. Witch costumes are some of the most popular looks on Halloween night.

But the reality of what happened to people accused of witchcraft in Salem, Massachusetts is often forgotten.

The Anthropology Society held an event on the history and importance of the Salem witch trials in The Great Hall on Monday.

Anthropology Society did lectures on key figures in the trials and addressed the reasons why they occurred. Sexism and land grabbing were factors that led to the execution of 19 women in Salem, according to President of Anthropology Society Rufio Vasquez.

“The focus was to get the romanticism and the mysticism away from the horrible persecution of these women,” Vasquez said. “The fact that [people died] gets overwritten by how people romanticize it.”

Vasquez said the event was meant to teach students the truth about the origins of the trials.

“We wanted to educate people about a lot of myths and misconceptions about the witch trials themselves,” Vasquez said.

Depictions of the witch trials in pop culture have skewed people’s view on their history, said Vice President of Anthropology Society Catherine Roberts.

“There’s so much that’s known but then not really expressed [in the media],” Roberts said. “There are so many layers to Salem. The sexism that played into it gets forgotten a lot.”

The event also featured performances by members of The Journeymen, Pierce’s theater club. Journeymen members Tomas Ciriaco, Janel Javier, Jacob Villapando, Oscar Olivares and Schylar Cook performed a reenactment based on a transcript from one of the trials and a scene from The Crucible.

These performances were meant to show the difference between a historical account of the trials and a modern interpretation, said Roberts.

Ciriaco said that learning the history of the trials influenced The Journeymen’s performance.

“We really wanted to show how unfair the Salem witch trials were,” Ciriaco said. “They were brutal. It’s definitely a factor we considered when acting.”

Javier said the Salem witch trials are important to understand because of how the term “witch hunt” is used today and how it affects marginalized people.

Pierce student Hannah Arabi said the event refreshed her memory on the injustice during the Salem witch trials.

“It’s a shame to think of a time in history where people were murdered because of lack of evidence,” Arabi said. “People were just considered guilty. I can’t imagine living in that time.”

Sana Ali, a student who asked questions about The Crucible during the event, said that the history discussed was similar to modern society.

“I thought it was interesting because it makes you think about what we do today with accusing people of things [based on] how they look or what we want from them,” Ali said.

The event ended with a game: audience members were secretly assigned to be either witches or townsmen, and the objective was to figure out who the witches were through discussion alone.

Roberts, a New England native, said she wanted to bring the history she grew up learning about to Pierce.

“I grew up being surrounded by Salem and witches,” Roberts said. “After moving out here, I realized that it’s not super ingrained into [California] culture.”

Anthropology Society plans to host a Halloween-themed bake sale at the Mall on Wednesday.