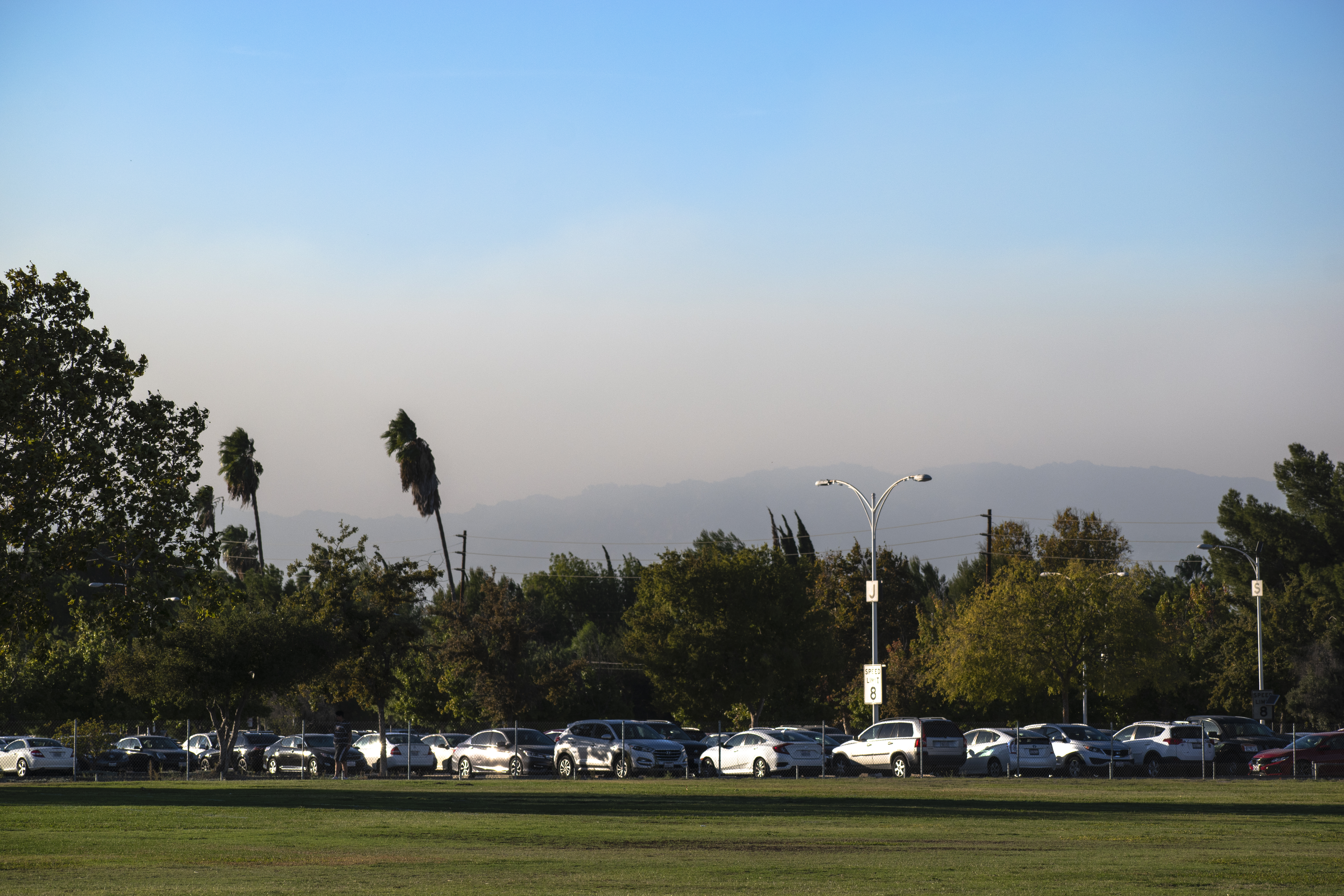 There are currently four ongoing fires in SoCal, including the Tick Fire in Canyon Country, the Basin Fire at the Sepulveda Basin, the Val Verde Fire, and the Old Fire in Castaic, which damaged three homes. Over 50,000 mandatory evacuations have been made so far to endure the safety of residents in the path of danger.

Pierce College will remain open Thursday, Oct. 24 and all indoor classes will remain in session for tonight. However, all outdoor activities have been canceled.

Instructors have been informed that if the air quality in the classroom makes it difficult to instruct, they may choose to cancel class. The air quality will contiued to be monitored, according to Pierce Administration.

A brush fire erupted in Canyon Country, burning multiple structures while threatening others.

The poor air quality from the smoke has resulted in Pierce College canceling its outdoor activities. The college is getting updates on whether the campus will be closed.

According to Pierce College President Alexis Montevirgen, the campus is currently being considered for evacuation. @RoundupNews #tickfire

The Tick Fire broke out near the 14 freeway, burning over 3700 acres and heading near Santa Clarita. Residents in these areas are ordered to evacuate as soon as possible.

A Red Flag Warning is in effect through tomorrow night while high temperatures and low humidity persist in Southern California.

Another fire broke out at the same time at the Sepulveda Basin, which has burned at least two acres. The fire is not threatening, but sends smoke toward Sherman Oaks and Van Nuys, according to the Los Angeles Times.

Pierce is currently taking in large animals and livestock from anyone ordered to evacuate their homes.

Extreme fire weather threats will continue across SoCal through Friday, according to the National Weather Service.

Further updates will be posted as to whether air quality will be safe for campus to remain open over the weekend.