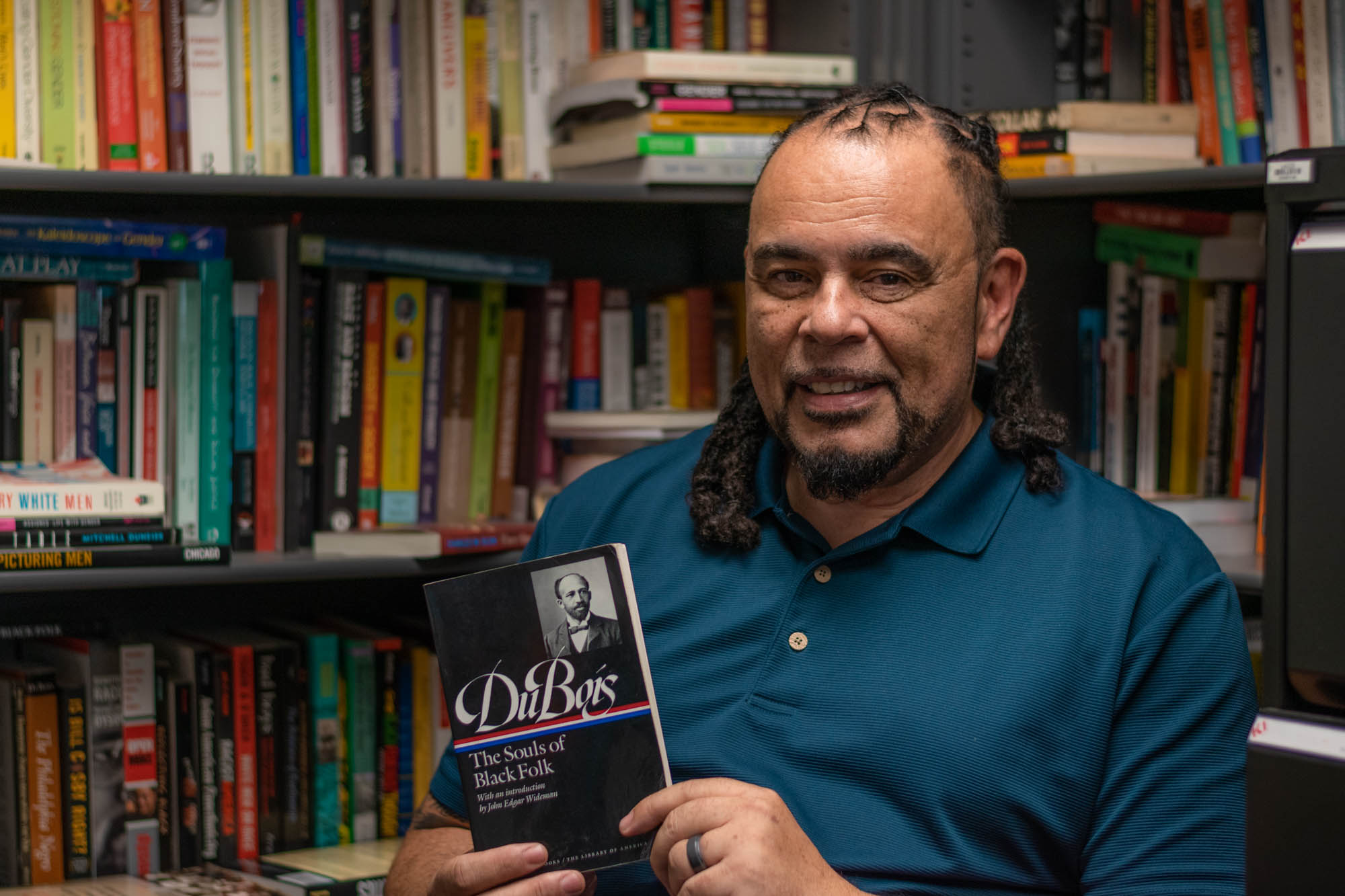 Far from the confidant veteran professor who strolls the Pierce College campus today, when James McKeever was 18 years old he was struggling with his new role as a father while balancing a nearly 50-hour workweek and a full load of classes at Valley College.

It’s that path that helps McKeever, a self-proclaimed advocate for underrepresented youth, understand what many of his students are experiencing.

“It took me nine years to get through community college,” McKeever said. “It’s hard when you’re struggling. It’s hard to concentrate and focus on studying when you’re not knowing how you’re going to feed your kids the next day, actually not even the next day.”

McKeever said he grew up in a rough neighborhood. At the time he participated in a variety of sports at a nearby NoHo park. A park director, Bill Dusenbury, took an interest in him.

McKeever attended a meeting with Dusenbury that changed his life.

“At the very end of it, Bill pulls out this metal box and puts it on the table,” McKeever said. “Bill said this to the parents: ‘Here is the box with all your checks and money, James coaches from now on, lineup right here so you can get your refund.’ And I thought, wow, Bill really stood up for me, and that made me sort my life around.”

McKeever would go on coaching at the park for years to come. Coaching kids wasn’t about the sports it was about helping them out in their life.

“You never know what it is or when somebody needs it,” said McKeever. “Sometimes it’s just listening to them for a moment and that meant a lot to me being there for them in that moment.”

McKeever went back to Valley College and received his AA degree. After he got a full-time job mentoring kids at a Juvenile Hall.

“I really loved working with those kids,” McKeever said. “ They had horrific lives themselves and a majority of them felt a lot of remorse for their actions. They felt like nobody cared about them and so I felt like I could be there to care about them. It’s not an easy place to work and show you care, but if your firm and you’re fair, they’ll respect you.

Although Mckeever was not supposed to meet with the kids he mentored, he felt a sense of responsibility in making sure they stayed on the right track.

He met with one of the kids and wanted to give him some encouraging words.

“I went and met with one of the best kids we ever had there,” McKeever said. “He was working as a Starbucks manager at that point.”

Mckeever recalls a time moment in the Juvenile hall he had with him.

“He was folding laundry as I walked in, and I said, ‘Hey look, keep your head up, because you shine; Those words really stuck with him.” Mckeever said.

After leaving the Juvenile Hall, Mckeever decided to go back to Valley College where he received his Master’s degree.*

McKeever was approached in a class one day by a professor asking students if they were interested in the McNair Scholars Program. The goal of the program is to increase the attainment of PhD degrees by students from underrepresented segments of society.

McKeever adopted a similar goal at Pierce College. He organized the PhD club which meets a few times each semester to familiarize interested students about their journey.

Film major student Tyrome Walton II, is part of the club. He was approached in class after posting a writing assignment McKeever found interesting.

“He thought what I had to say was really interesting and went more in-depth with me about the PhD program,” Walton said. “My mother always stressed the importance of education, but before I even met him getting a PhD was just never on my mind, but now I am really interested in getting one.”

Alexander Chesney is also apart of the club and wants to become a professor after he gets his PhD.

“I want to be a professor like McKeever,” Chesney said. “He activated my sense of understanding and helped me understand that the racial hierarchy is different in every location, and that location can be two miles away.”

McKeever has learned from his life and applies them to the classroom and in his life. He loves to give back to whoever crosses his path.

“When life was rough, focusing on other people’s lives kept me from focusing on my own and my own issues and problems,” McKeever said. “Now after going through counseling and having a better job, having a better life, having a great family, you know, now I feel like this is just something I really want to do because I love my community.”