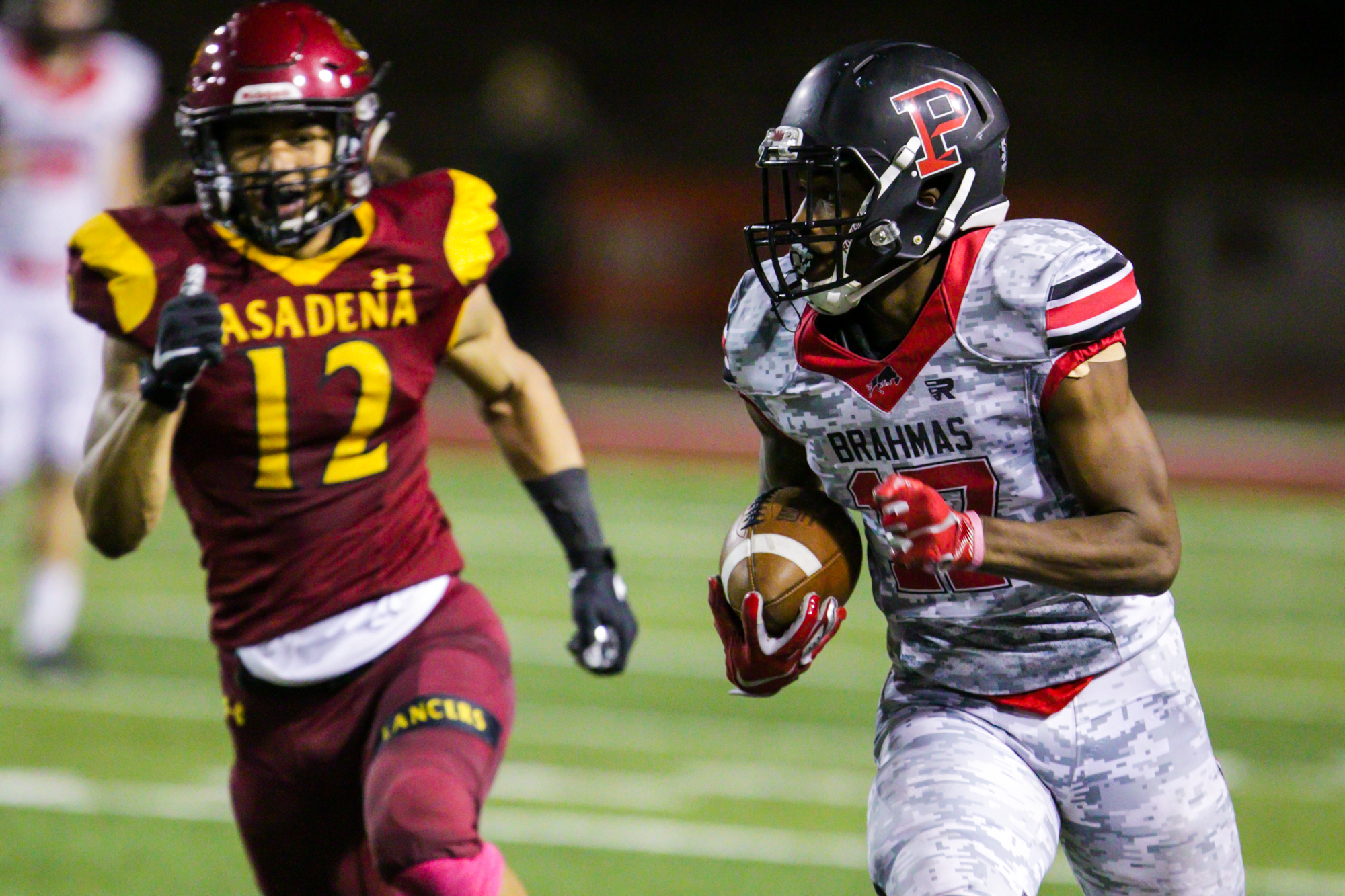 Despite taking the lead in the second half, they couldn’t hold on as PCC beat the Brahmas 30-19.

Acting head coach Anthony Harris said games can’t be won if they are not focused.

“We didn’t respond when the momentum shifted. Our defense played well, but for our offense we are still trying to find our mojo. Tomorrow is another day as we prepare for our next game,” Harris said.

Harris said that they can’t get positive results, when there are four turnovers. He mentioned they need to clean up things for the game against LA Harbor.

“We were a little sharper in comparison to last week. We want to put it altogether against Harbor since we will be at home,” Harris said.

The first quarter there was no score from either team. Both defenses stepped up especially on fourth down.

Pasadena though will take the lead through Darnell William on a 20-yard run. The extra point from Bracamonte Buci was good.

With 14 seconds left in the half, Kareem Miles scored his first of two touchdowns on a 40-yard pass from David McCullum.

Before the score, Pasadena had recovered the football after a fumble, however Pierce one play later would get the ball back courtesy of Jalen Burton.

To begin the second half, Brahmas took the lead through Dennis Mack, however the extra point was blocked by Amir Davis and the Lancers were awarded two points for the defensive PAT.

The joy would last until  the fourth quarter as Robbie Kindle would give Pasadena the lead.

Things got worse after McCullum saw his pass intercepted by Kaydon Spens. Ahmad Lipscomb would score on a 18-yard pass from Edward Norton.

Miles would get his second touchdown of the game on a 58-yard pass from Andrew Young.

Pasadena ran down the clock when they had possession to secure the win.

Brahmas with the loss drop to 1-6 on the season and host the Seahawks next Saturday. Kickoff is scheduled for 6 p.m.