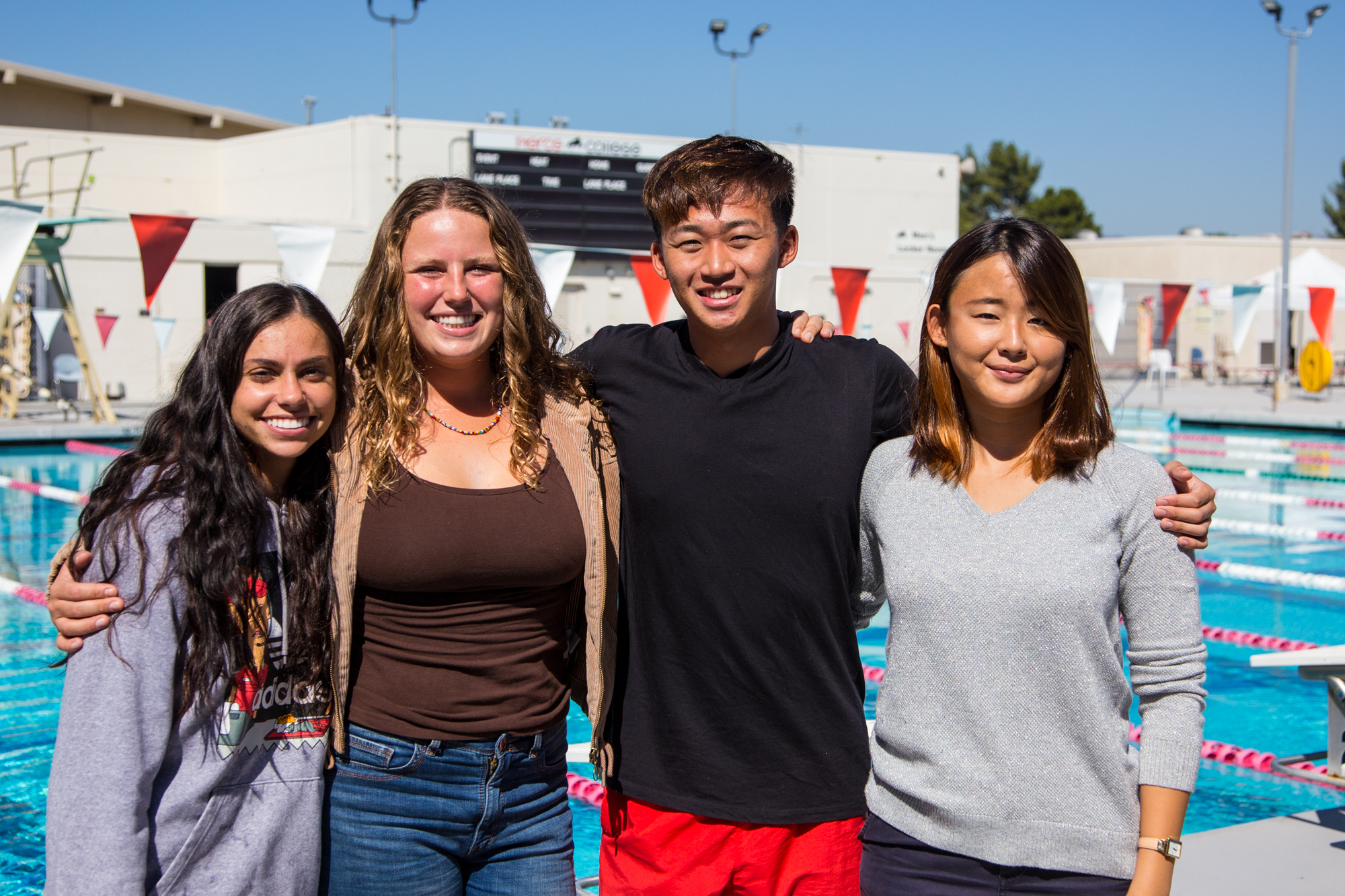 The swim and water polo teams are diving for some local and international scholarships as well as keeping good GPAs by balancing both studies and sports.

Coach Micrea Pitariu said he was proud of his players for being good at what they do and showing the school community it is possible.

“It takes a lot of commitment and dedication to be both an athlete and a student. They handle that balance of school and athlete life really well. It’s a great example to other athletes to show what we can do and represent athletes and Pierce as a whole,” Pitariu said.

Ava Recchia,  a Psychology major, played a different sport and is now trying to break her own fly record at Pierce College.

“I was a soccer player. First semester in high school I played soccer. Then I did junior lifeguard all summer and the coach from my lifeguard camp ended up being a swim coach and he wanted extra people for the team and I ended up going and I never went back after that and just started doing swim,” Recchia said.

With UCLA and UC Davis in her mind to transfer Recchia says it’s hard to balance both but does it whenever she can she commits to her responsibilities.

“Usually I leave out all my social life and stay at home and study when I have time,” Recchia said.

Recchia said that Terhar makes sure they are on track in all aspects.

“She would make us print our class schedules and give it to her and she would check our academics and she wants us to be well rounded,” Recchia said.

Swim coach Judi Terhar spoke proudly about her swimmers, both women and men. She was proud of their commitment and dedication to the sports as well as their studies.

“Time management is the hardest. Not only do they balance sports and school but jobs and well. Some of them work 30 hours a week so these are highly ambitious, motivated, skilled and intelligent young women and women,” Terhar said.

Terhar said in the journey of swim, time management, motivation, guidance was never lacking in the Pierce College swim coach.

“My coach definitely. She really pushed me, Sometimes I don’t want to show up to practice but I knew I had too far the team, she always taught us to time manage,” Recchia said.

Swim and water polo teams require a high GPA from the members in order to stay in the team. The swimmers should be well rounded in everything they do.

“The reason their GPA’s are good because it’s mandatory. It’s expected of them. If you raise the bar high, they’ll step up to it. They are a student first and an athlete second,” Terhar said.