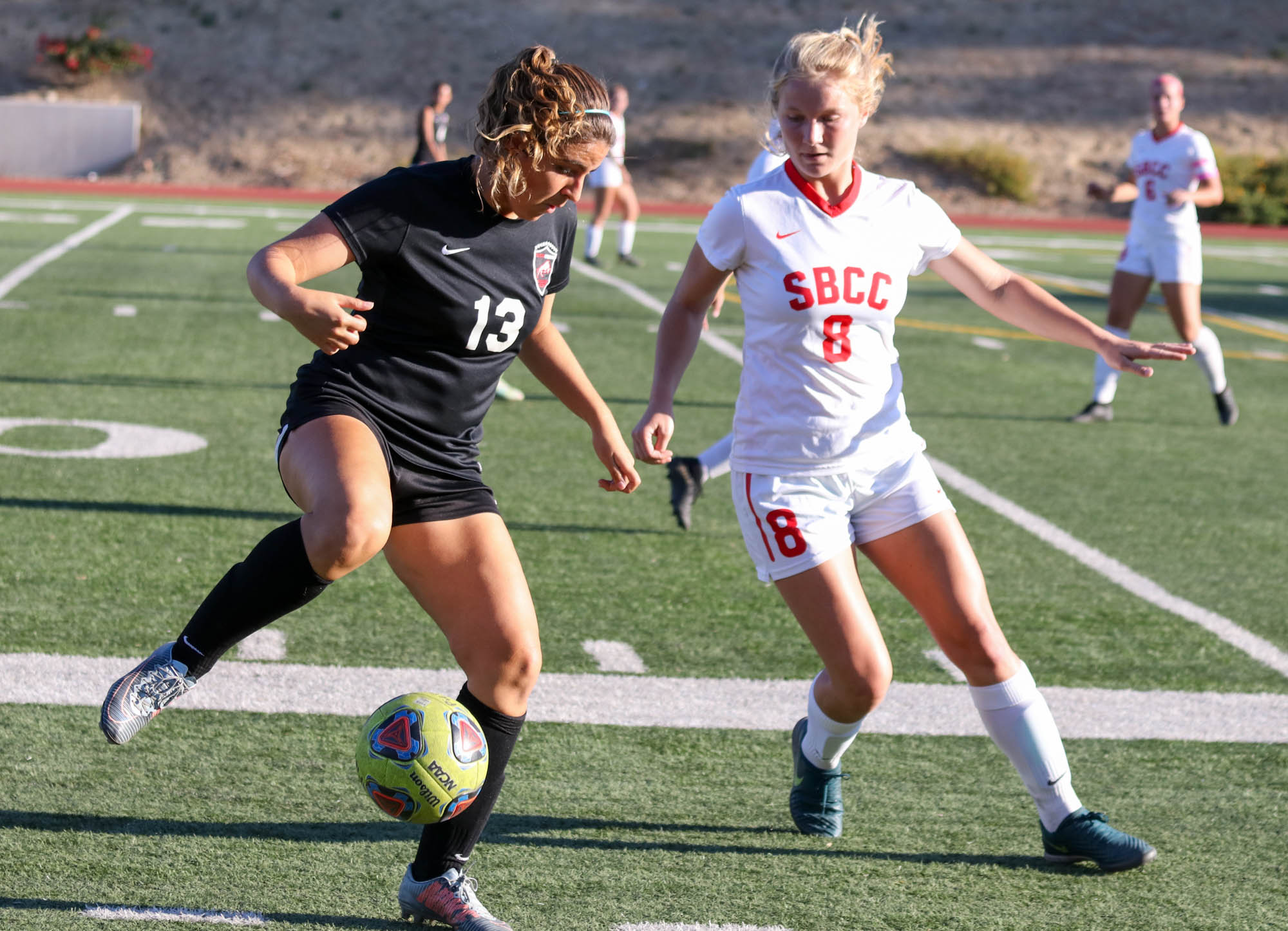 The Brahmas started strong in the first half with a goal by Stephanie Reyna, but couldn’t finish off the game against the Santa Barbara City College Vaqueros.

A goal by defender Taylor Valle secured a tie for SBCC as the game ended 1-1.

Head Coach Adolfo Perez said this was their golden chance of securing the postseason.

“I’m not surprised. It has happened all year really disappointing we have seven wins we honestly should have at least 13,” Perez said. “I been doing this for 19 years here we never had a season like that. We just don’t keep it together. It’s always the last five minutes.”

Reyna scored the first goal for Pierce in the 32nd minute. It was her first goal of the season as they had a 1-0 lead at the half.

“It is a really big goal for me and I want to say for the team as well. First game back after being injured for almost the whole season so, I want to say this is a special goal overall,” Reyna said. “I unfortunately had a knee injury that kept me back, so I didn’t get to play.”

The second half was another back-and-forth with some miss calls on the referees but the Brahmas were staying alive and hopes on making the playoffs were looking good.

Later in the game, Santa Barbara had the ball in Brahma territory which led to Valle scoring the equalizer.

Goalkeeper Joanna Cerda said it is a lot of pressure when you have the lead.

“Leading 1-0 at halftime, they can come back easily. It’s not like we are up 3-0 and they have to make three goals in 45 mintues or four goals to win,” Cerda said. “It is a lot of pressure especially because they are right next to me on the sideline and it makes it just harder but you still have to stay focused.”

The Brahmas are back at John Shepard Stadium on Friday, Nov. 8 when they face Cuesta College. Kickoff will be at 3 p.m.