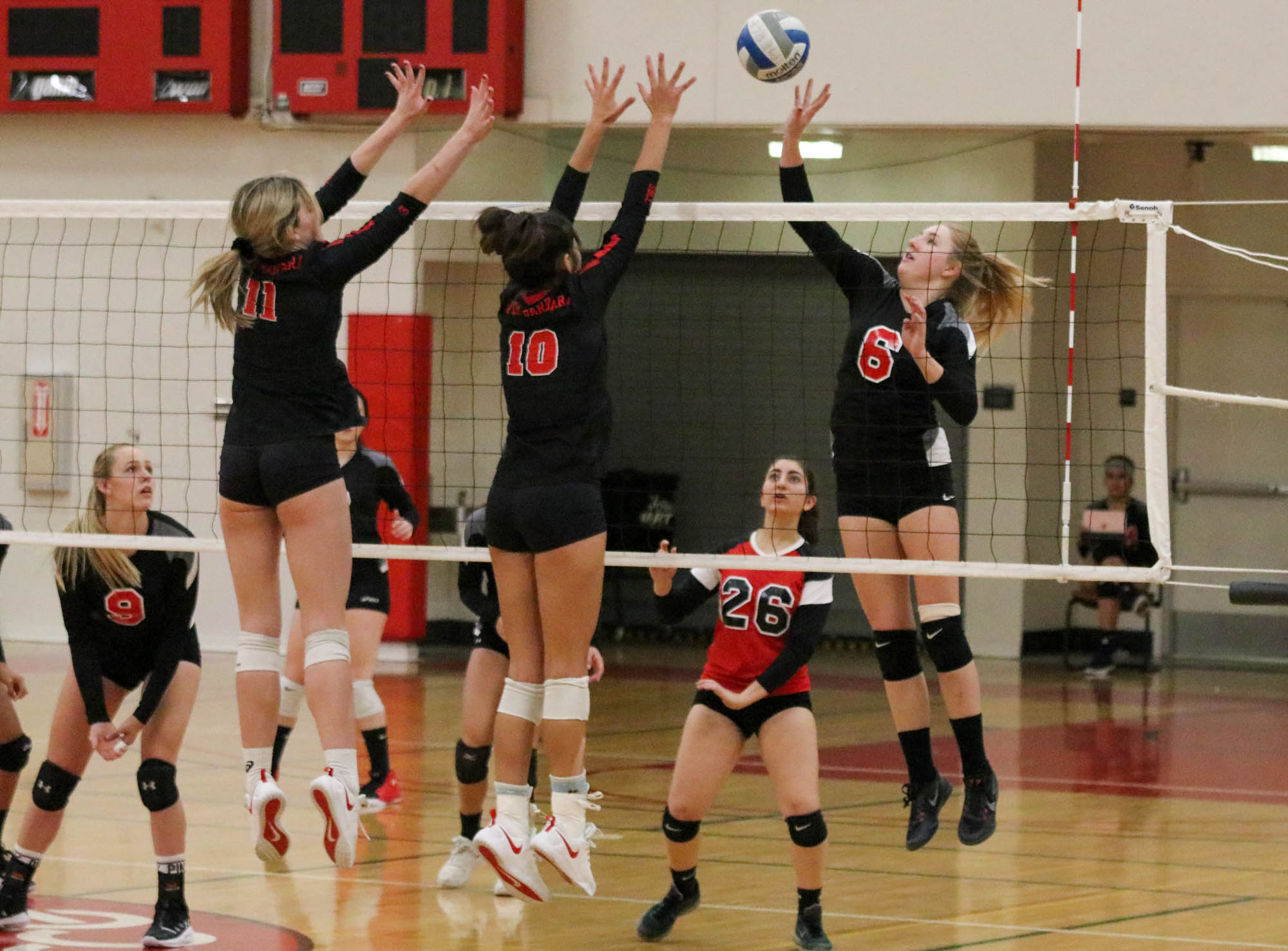 The Pierce College women’s volleyball team could not keep their winning ways as they lost to Santa Barbara City College in Friday’s conference game.

Volleyball won their game against Mission College Wednesday in five sets to get their second win of the season.

“When we played Santa Barbara, the first time we lost,” Zhou said. It was 0-3. Today was 1-3. I think we got a lot better. Starting in the second set, we didn’t miss serves very much. So, it was why we took it the second set. We need to work on the middles. We still have time to work on the skills and blocking for the other two matches.”

Madi Mullins led the Vaqueros with 11 kills, while Lauren Wold had 13 assists.

“We had a little bit of a wall in that second game where we got off to a slow start, and I was a little disappointed that we couldn’t recover quicker. But overall, I thought we kind of got better throughout the match as it went on, which was good for us tonight,” Niksto said.

Brahmas’ Assistant Coach Carrie Wright said she thought her team was competitive and adjusted to the opposing team’s performance.

“So, in the first game there were only little details that we needed to change, and we talked about it in the circle before our second game and they made those adjustments,” Wright said.

Wright said their serving improved in the second set.

“We were not letting them score points against us because we made those adjustments. I think that overall we did some really nice stuff. We just have to be a little more consistent, but I felt like we were competitive,” Wright said.

Brahmas’ volleyball player Angelica Gonzalez said the game was good compared to past games, but that it could have been better.

“So, the talking was there. The passing definitely could be a little bit more, it was like 90%. We can get that extra 10% from like everybody else. Serving – getting ace on the serves, getting more smart kills. It doesn’t always have to be a hit. It would be a deep push. And more energy – that’s our biggest problem,” Gonzalez said.

The loss drops the Brahmas to 2-9 on the season, 1-7 in conference play.

Pierce will serve the ball against the Ventura College Pirates Wednesday, Nov. 6 at 6 p.m.