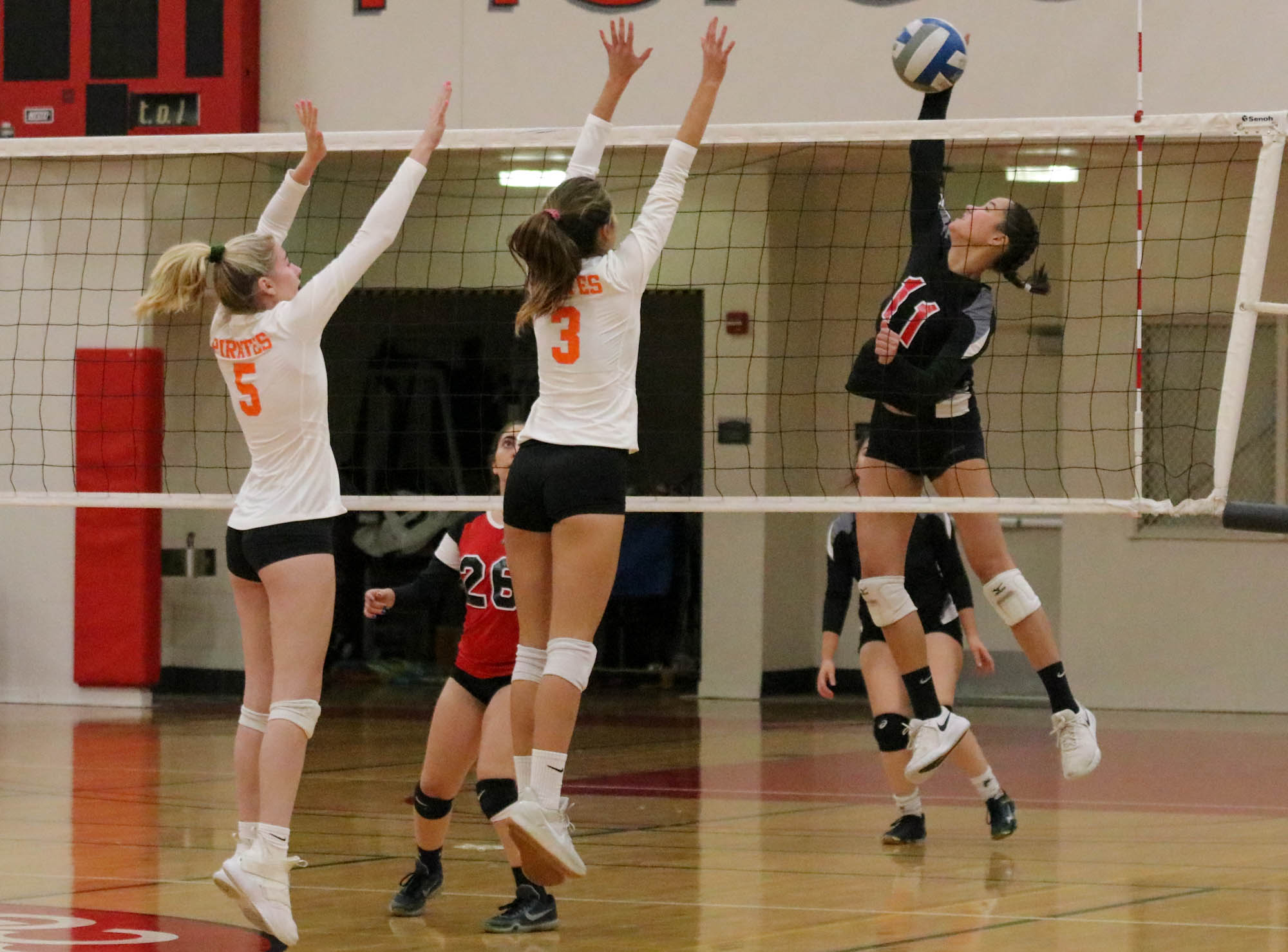 Volleyball hosted the Ventura College Pirates in their last home game on Nov. 6 and while the Brahmas fought hard, the Pirates took home the win in the fourth set.

Head Coach Edison Zhou made sure the players that haven’t gotten to play as much this season got a chance on the court.

Brahmas’ volleyball player Ximena Chavez was excited to play in the fourth set as she scored the last three points and said she has been practicing hard the whole semester.

“I was so confident and my teammates are so positive, I just feel like I did good,” Chavez said. “I did my serves, which is like the hardest thing for me, I played defense , I was doing my passes really good so I’m so happy.”

Assistant Coach Carrie Wright said that she’s proud of how the team played.

“I thought we had a lot of heart, Ximena played like a superstar that was her best match ever,” Wright said. “I feel like people were really competitive and had a lot of energy.”

After the Pirates won the first two sets, the Brahmas took control and dominated in the third set by being in the lead almost the whole time.

“I think that we played amazing defense, like the best defense of the year and I felt like we were really versatile in our hitting,” Wright said. “We were hitting and tipping and putting the ball to lots of different locations to score points so I think we did a good job of being versatile.”

The Brahmas then lost the last set to Ventura. Zhou said he has to work on figuring out how that happens because usually if they win the third set, they should also be winning the fourth and fifth.

“I would say that it was a good game and our defense part was amazing,” Zhou said. “We just won the third set, but in the beginning of the fourth set the energy just went straight down. I don’t know what happened, that happened too fast.”

Brahma libero Rochelle Kohanteb said that the team has improved since the start of the season.

“I think we played pretty well, we obviously could’ve done better I would’ve liked to win but our team has gotten a lot better over the season,” Kohanteb said. “We were really strong tonight compared to the beginning of the season.”

This loss drops the Brahmas to 2-10 on the season. Pierce will be playing the Ventura College Pirates again, but Ventura will be hosting this time on Nov. 13 at 6 p.m.

It is a rescheduled game from Oct. 11 when it got postponed due to the fires.