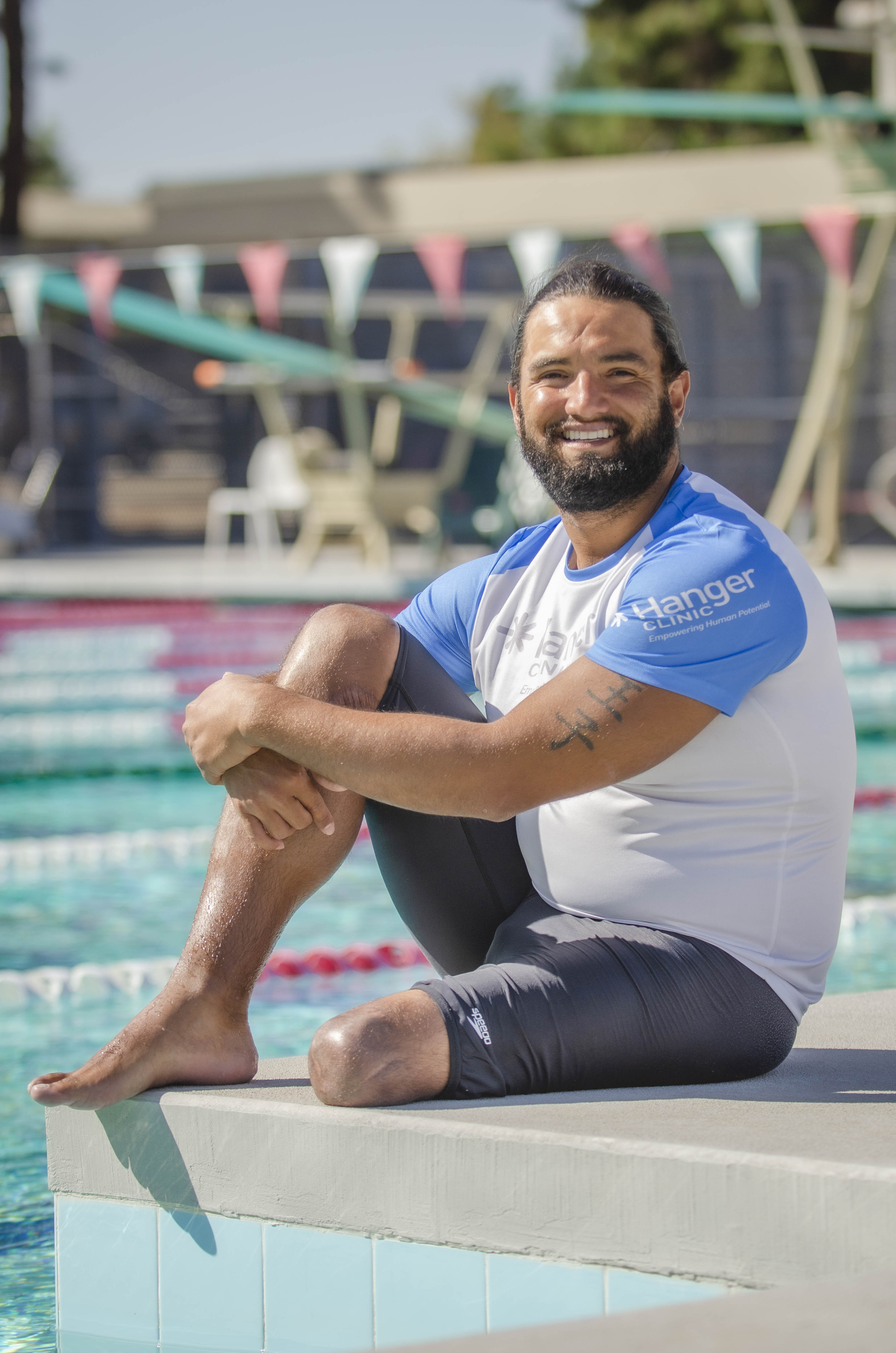 After over two months in the hospital, Prince Mahboubian was faced with the toughest decision of his life: die, or get his leg amputated.

A car accident in 2017 had shattered his left leg and fractured several bones. Once he got his prosthetic leg, Mahboubian had no intention of stopping his athletic lifestyle. Now, he trains every day for triathlons.

“I’m doing things that normal athletes and normal people are challenged to do,” Mahboubian said. “I’m surpassing that and I’m an amputee now.”

Mahboubian had been a swimmer since high school. At Pierce, Mahboubian was a lifeguard and also competed on the swimming, diving, and football teams.

Mahboubian said doing triathlons has been addicting for him because they provide a higher level of challenges than the kind he faced as a student-athlete.

“I had the determination and persistence to go on and make my dreams come true,” Mahboubian said.

Mahboubian said that what kept him going throughout his recovery and the post-recovery athletic journey was overcoming the urge to give up.

“I’ve failed so many times in my life, but it’s not the failures that made me,” Mahboubian said. “It was the fact that I kept going until I made it.”

One of Mahboubian’s greatest successes is finishing his studies at Pierce. Mahboubian said his curious mind shapes the person he is today in that he takes every opportunity to learn as much as he can.

Mahboubian’s father gave him the option to choose any area of study he wanted, so he “picked everything”. Mahboubian graduated from Pierce with seven associate degrees.

“Unfortunately, my last semester was the semester my dad died,” Mahboubian said. “I wanted him to be there to see that everything that we sacrificed for was worth it.”

Mahboubian applied to Cal State Northridge for aerospace engineering and is considering changing his major to biochemical engineering because of his experience with his prosthetic leg.

“I can work on myself,” Mahboubian said. “I’m the test subject.”

Mahboubian is currently on the board of directors for the NoBullying 2020 Foundation, a nonprofit that aims to protect children and reduce bullying rates.

“I would like to be inspirational for people in any way possible,” Mahboubian said. “I just want to tell [children] that life may be difficult, but that shouldn’t stop you. Greatness doesn’t come easy.”

Mircea Pitariu, Assistant Coach for Water Polo and Swim and Mahboubian’s former coach, said he often points to Mahboubian as an example of what Pierce’s athletes should aspire to.

“He’s still working despite everything that happened,” Pitariu said. “So I definitely think it’s an inspiration. It stops any excuses that people can have.”

Mahboubian said he has this effect on people every time he goes to the gym.

“I motivate so many people,” Mahboubian said. “Because if I can do it, you can do it. Get off your butt, go do it.

“He’s always had very lofty goals and he pushes to get there,” Pitariu said. “When he sets goals very high, even if he doesn’t reach it, he lands at a place that’s above what a lot of other people do.”

Swimming Pool Supervisor Deborah Hefter said she is proud of Mahboubian’s ability to maintain the same competitive attitude he had before his accident.

Masters Swim Coach Fred Shaw has known Mahboubian for over a decade. Shaw attributed Mahboubian’s success to his perseverance.

“He’s got this idea that he can achieve something and he keeps working at it no matter what it takes,” said Shaw. “That’s the kind of attitude that you have to have to succeed in life.”

Mahboubian’s former coaches emphasized that losing his leg did not hold him back from achieving his athletic goals.

“He’s the same guy, just in a new package with one less limb,” Hefter said.

Mahboubian’s next triathlon is Sunday at the 2019 Cal Tri Events in Newport Dunes.

“I have a lot more to go and this is not the end,” Mahboubian said.