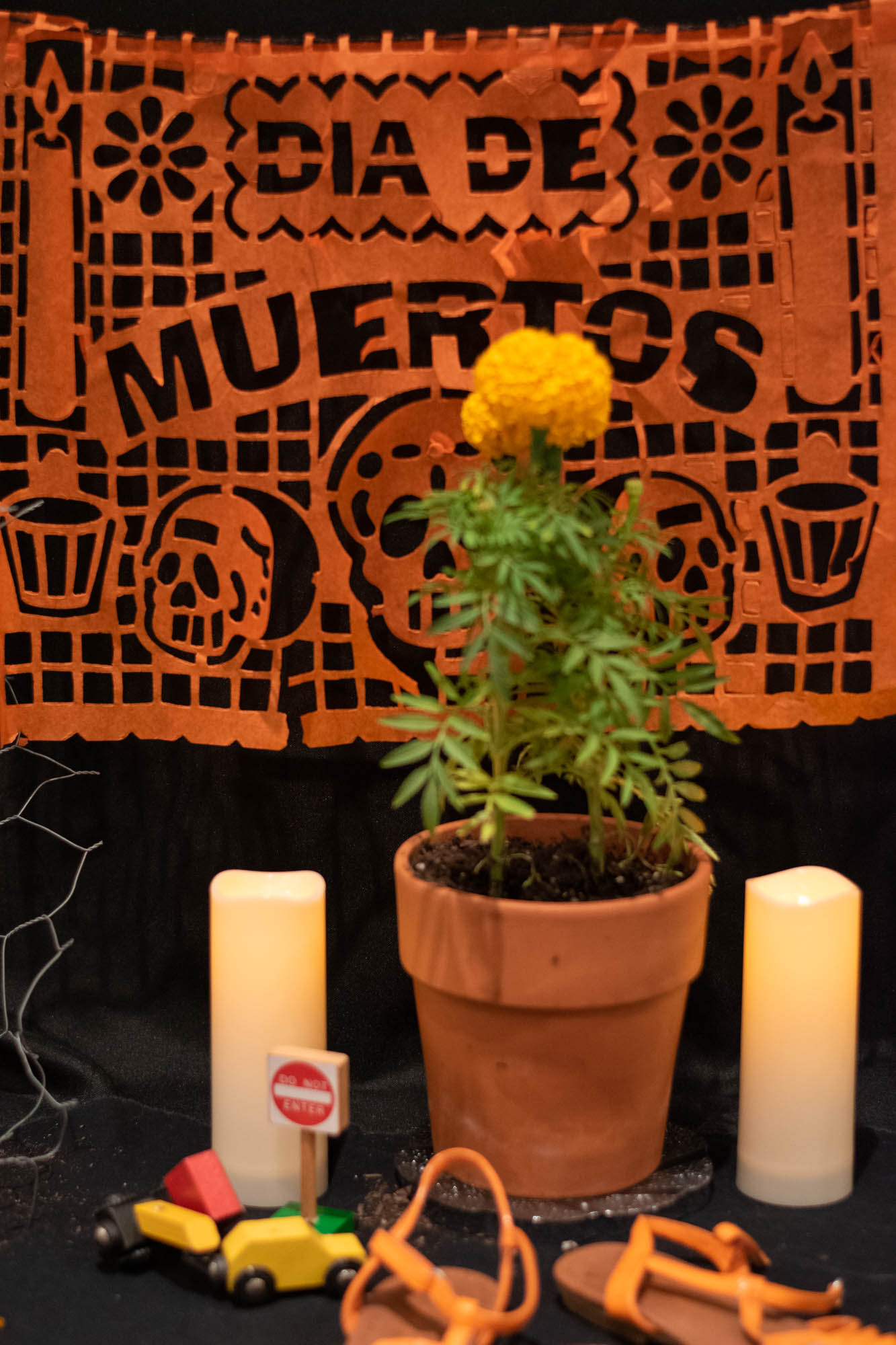 Instead of dressing up in costumes and trick-or-treating, some students spent Oct. 31 learning about Dia de los Muertos at Pierce’s Fall Art Gallery.

Linda Vallejo, a legacy artist for Self Help Graphics, spoke at Pierce College about the tradition of Dia de los Muertos and Self Help Graphics & Art. The event kicked off at 6 p.m. at the art building in room 3300.

Vallejo spoke about the tradition of Dia de los Muertos, otherwise known as Day of the Dead. It is a Mexican holiday that begins Oct. 31 and ends Nov. 2. Vallejo spoke about how the holiday is about remembering and honoring loved ones that have passed away, but also celebrating life as well.

Vallejo also spoke about the organization, Self Help Graphics & Art, and the work they have done to celebrate the tradition of Dia de los Muertos in Los Angeles. The organization was formed in 1973.

She said that the organization played a significant role in reviving the tradition in Los Angeles and have helped turn it into one of “Los Angeles’s major celebrations, celebrated by diverse audiences.”

After Vallejo’s presentation, the attendees went over to visit the art gallery exhibiting different altars and artwork connected to Dia de los Muertos. Altars, also known as ofrendas, honoring the dead are common for families to create when celebrating Dia de los Muertos. Altars are set up with pictures of the loved one who has passed, and may have their favorite food or drinks placed on it as well.

Vallejo said she hopes that by talking with students about Dia de los Muertos, they will take time to remember a loved one that has passed.

Monika Ramirez Wee, a professor of art and gallery director, said that it is important to speak about Dia de los Muertos because it is a tradition that can relate to much of the campus.

In the gallery, there was a total of five altars on display. One of them was a community altar, which is an altar that anyone who comes to the gallery can place a card with a loved ones name on it, a candle and a flower to remember and honor them. People are also welcome to place an object or photo related to their loved one  on the ofrenda.

The other altars included three different altars focusing around social issues that may affect people on campus. The three altars were dedicated to Life and Death at the Border, Climate Change and Student Homelessness. Wee said that they chose to address these issues because Self Help Graphics & Art blends art with social justice a lot and felt that they should do the same. Wee also said that these issues were chosen to be done for altars, because many students on campus would be able to relate to and understand.

Riley Barkis, a first semester Pierce College student, said that she thought the gallery was full of beautiful artwork, but was impressed by the ability of the art to express awareness about different social issues.

The event ended at 8 p.m., but the gallery will be open the month of November for anyone to come visit. There will be another Dia de los Muertos event on Nov. 7 at the art garden and art room 3301. People will have the opportunity to participate in a papel picado workshop, build the community ofrenda and eat and drink chili and champurrado.